Wyoming’s chief banking regulator has turned to Chainalysis for “beefing up” his division’s monitoring capabilities of illicit cryptocurrency activities.  Under a one-year deal disclosed to CoinDesk Thursday, Chainalysis will train senior examiners on crypto tracing practices and grant two monitoring software licenses – plus investigatory support – to the Division […]

Wyoming’s chief banking regulator has turned to Chainalysis for “beefing up” his division’s monitoring capabilities of illicit cryptocurrency activities.

Under a one-year deal disclosed to CoinDesk Thursday, Chainalysis will train senior examiners on crypto tracing practices and grant two monitoring software licenses – plus investigatory support – to the Division of Banking as it eases into its new, crypto-facing compliance duties, according to Commissioner Albert Forkner.

Unveiled just one day after Wyoming awarded its first special purpose depository institution (SPDI) bank charter to Kraken, the novel partnership, among the earliest pair-ups featuring a U.S. banking regulator and a blockchain intelligence firm, illustrates how even America’s fast-moving financial watchdogs are cautiously approaching oversight of an asset class that Forkner said still gives some folks the spooks.

“Just the nature of digital assets and the pseudonymity of them have a lot of people concerned about illicit activity,” Forkner said. “When you introduce a new dynamic like this,” he said, regulators have to ensure the newcomers are playing by the rules.

Those rules are no different than the ones governing traditional American banks: Watch out for signs of money laundering, don’t transact with sanctioned individuals, keep tabs on customer identities and uphold the minutiae of the Bank Secrecy Act. As is for cash, so too for crypto.

But blockchains give Wyoming’s banking regulators a powerful upside that cash cannot match: an immutable, public paper trail built into its code. And while anyone with an internet connection can manually hop between Bitcoin addresses, it’s only with visualization and tracing tools (like those sold by Chainalysis) that regulators have long sought to unscramble illicit chains.

Chainalysis is among a handful of tracers supporting governments, companies and regulators with cryptocurrency monitoring software. It has particularly deep ties to federal law enforcement. The New York-based firm has banked millions in contracts with the Federal Bureau of Investigation, Drug Enforcement Agency, Internal Revenue Service and other federal agencies in need of crypto support. (Chainalysis and Forkner declined to state this deal’s dollar value).

Read more: Inside Chainalysis’ Multimillion-Dollar Relationship With the US Government

If, say, a bank allows its customers to send crypto to a blacklisted wallet address, then “we’ve got proof of those activities” that Forkner said has held up in court. It will also make working with law enforcement easier, Forkner said.

He hopes it won’t come to that. Once Kraken’s banking business gets rolling in early 2021 and perhaps other SPDIs (and even non crypto-specific banks) start dealing in crypto, too, he said the Division of Banking will start back-tracing transaction blocks to ensure the institutions are self-monitoring effectively.

“We’ll be running our own analysis on that, and verifying that the red flags that we see are the same ones that” the SPDIs see, Forkner said.

Jesse Spiro, Chainalysis’ global head of policy, told CoinDesk the move is a “first step” in providing oversight of the crypto space within Wyoming.

“I’ve told our applicants and potential applicants: ‘My job is not to run your business and I don’t want to have government overreach. But there is an appropriate level of oversight and monitoring and this is just one more of those,’” Forkner said.

Sat Sep 19 , 2020
Consumer sentiment picked-up in early-September as perceptions about the economy improved. Confidence still remains well-below its pre-virus level, but it moved in the right direction in September. Sentiment rebounding The University of Michigan’s consumer sentiment index rose to 78.9 in September, marking the highest reading since March. Both current conditions […] 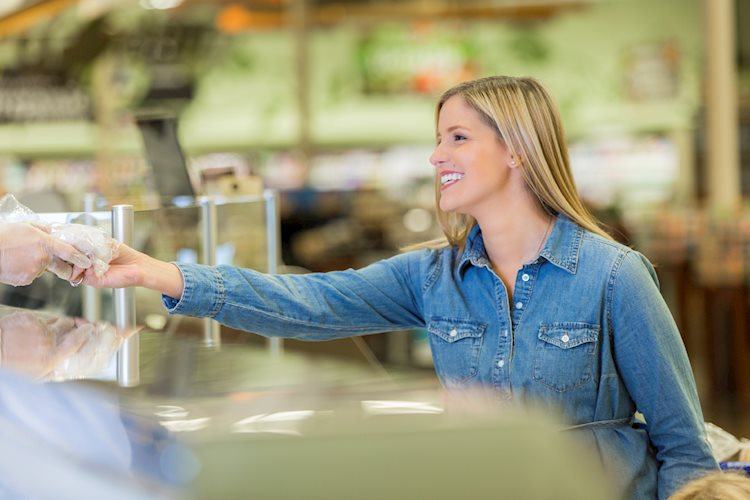