Billed as the new way of buying insurance protection, Lemonade (NYSE:LMND) is completely overturning the old guard of a rather stale industry. Thanks to its user-friendly app featuring “Maya,” an artificial intelligence bot, prospective buyers can within minutes receive a custom-tailored proposal. With Lemonade, there is no complicated paperwork to file through, making it perfect for millennials. Not surprisingly, LMND stock was one of the breakout stars among initial public offerings this year.


While the concept sounds almost too simplistic, Lemonade is easily one of the most effective technology firms by focusing on what works. As you know, millennials are on their phone 24/7. Thus, it only makes sense to meet your key customers where they are; in this case, online via a smartphone app. Further, what makes LMND stock stand out is the underlining app’s streamlined interface.

Similar to popular stock trading app Robinhood, Lemonade takes a stale concept and converts it into a relevant package for a new generation. And if Robinhood’s success is anything to go by, just the interface alone should make LMND stock a viable long-term investment.

Prior to the pandemic, several financial analysts lamented that young people were not investing their money like prior generations. Though not having enough funds was the biggest roadblock to investing, according to a GOBankingRates survey, 12% of millennials cited a lack of knowledge as a disincentive.

Well, the nationwide shutdown provided the opportunity. Then Robinhood came in with its intuitive, gamified platform and the rest is history. According to a recent Wall Street Journal article, young people may now be obsessed with stocks.

This is the transformative potential that Lemonade offers, but for the insurance industry.

LMND Stock to Rise on Its Holistic Benefits

Of course, the bullish case for LMND stock goes well beyond the underlying app’s convenience. Rather, the beauty of Lemonade is that it provides holistic, critical benefits to the end user. In other words, millennials need Lemonade – they just don’t know it yet.

As younger people grow into “full” adulthood – such as marriage and parenting – they’ll realize that insurance is a fact of life, like death and taxes. For instance, it’s costlier over the long run not to have insurance, even if nothing goes wrong.

Like credit agencies, insurance companies are all about mitigating risks. Thus, they view potential insurance seekers who have lived “recklessly” without protection in an unfavorable light. As a result, not having insurance now can result in more expensive premiums later. By taking advantage of Lemonade’s easy-to-navigate system, users enjoy two benefits: the insurance product itself and the building of a favorable risk-assessment profile.

Further, Lemonade is really geared toward the average millennial’s lifestyle. Due to various factors, including affordability, many millennials intend to rent their homes/apartments for the long haul. Cynically, the pandemic may exacerbate this dynamic.

As the New York Post’s Larry Getlen detailed, the unprecedented crisis may potentially create a largely exclusive market for big corporations to soak up real estate in desirable regions. With government bailout money in hand, such companies can create fiefdoms. In turn, this would produce a nation of renters, hitting the younger generation the hardest.

Again, it’s a terribly cynical idea. Nevertheless, social trends even before the pandemic were pointing to a favorable environment for LMND stock. Now, in this new normal, I’d say the outlook for Lemonade is that much greater.

Even if millennials do take up home ownership, Lemonade’s lightning-fast process makes it superior to traditional offerings.

Lemonade Is All in on the Pet Craze

Finally, a long-term reason to buy LMND stock – and one you can smile about – is pet ownership. As the Washington Post reported in 2016, young Americans “are less likely to be homeowners, car owners or parents than their predecessors” but they’re more likely to be pet parents.

The Post goes on to state that “Three-fourths of Americans in their 30s have dogs, while 51 percent have cats, according to a survey released by research firm Mintel. That compares to 50 percent of the overall population with dogs, and 35 percent with cats.”

As I explained in other youth-centric investments, you don’t have to necessarily understand or appreciate the motivation behind the phenomenon. Instead, you just need to recognize that the phenomenon is real and more importantly, features a strong growth backdrop.

When you consider how much Americans of all age groups love pets, you can have confidence that millennials’ penchant for pet ownership will remain robust. By logical deduction, you can trust LMND stock on the dips while you build your position in this long-term story.

On the date of publication, Matthew McCall did not have (either directly or indirectly) any positions in the securities mentioned in this article.

On the date of publication, neither Matt McCall nor the InvestorPlace Research Staff member primarily responsible for this article held (either directly or indirectly) any positions in the securities mentioned in this article.

Raytheon to cut more than 15,000 jobs amid airline slowdown

Thu Sep 17 , 2020
A sign at a Raytheon Co. campus in El Segundo, Calif. Getty Images WALTHAM, Mass. — Raytheon Technologies Corp. plans to eliminate more than 15,000 jobs this year at its corporate offices, jet engine-maker Pratt & Whitney and aviation and military equipment manufacturer Collins Aerospace amid the downturn in the […] 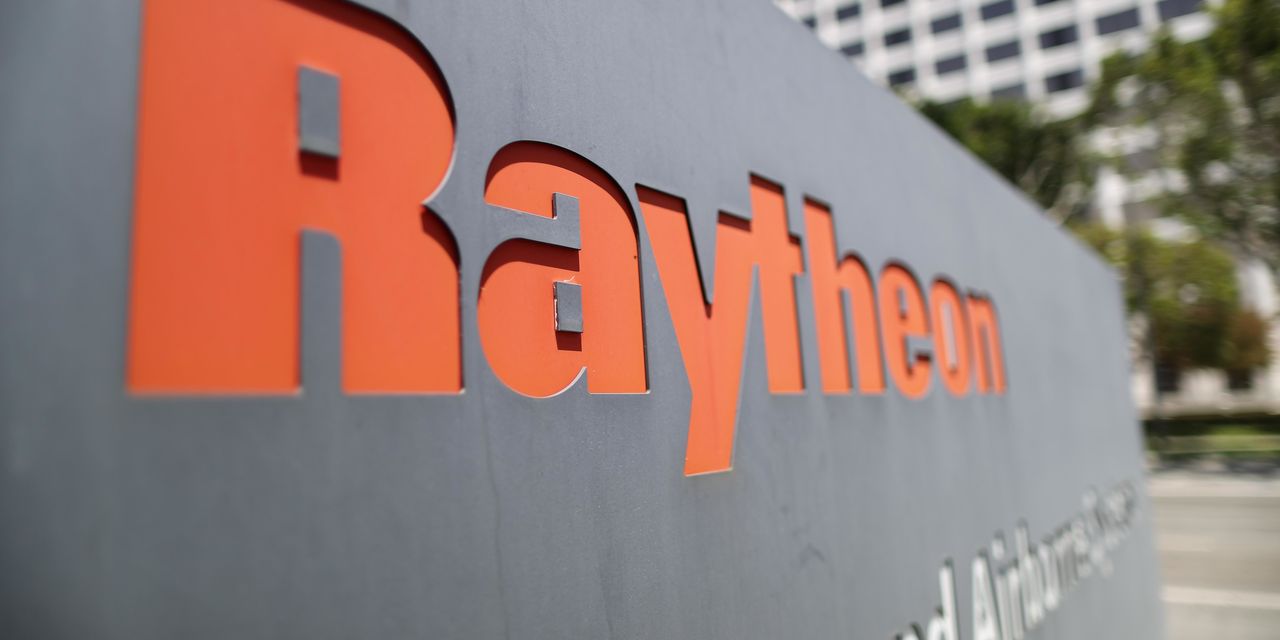