It’s bad for the clothes, your health, and the planet. There is no good reason to use it. It has been said before on TreeHugger, but is always worth repeating: Fabric softener is a waste of money and bad for your clothes and the environment. A great writeup by ethical […]

It’s bad for the clothes, your health, and the planet. There is no good reason to use it.

It has been said before on TreeHugger, but is always worth repeating: Fabric softener is a waste of money and bad for your clothes and the environment. A great writeup by ethical fashion blogger Verena Erin looks at this issue once again and explains why we’d be smart to simplify our laundry routines.

Fabric softeners had their heyday fifty years ago, when laundry detergents were not as effective and left clothing rough and scratchy. That’s no longer the case. Modern detergents do a fine job at cleaning and softening adequately, so we really don’t need to be adding softener, whether it’s in the form of liquid in the washing machine or a dryer sheet. Erin explains how softeners work:

“They [cover] the fabric in a thin, lubricating film. This coating prevents static by making the garments slippery to reduce friction and the softener adds a positive charge to neutralise the negative static charge. It also helps to separate the fibres making things like towels fluffier. Additionally they are typically scented and designed so the scent will remain in the fabric.”

The Dangers of Fabric Softener

This may sound fine, but as Erin points out, this introduces a host of harmful chemicals to our bodies. There’s evidence that softeners make clothing more flammable, and we know they contain Quaternary ammonium compounds, or ‘quats’, which are linked to respiratory and skin irritations and harmful to marine environments.

Softeners contain fragrances and phthalates, which are known endocrine disruptors, as well as preservatives and colors that are linked to skin irritations and cancer. Organic Authority published a list of toxins commonly found in fabric softeners (found here), many of which are known carcinogens.

Softeners are not even good for clothing. They can stain whites and leave residue in machines. The soft coating builds up over time, impeding absorption, which is why athletic wear should never be laundered with a softener.

Fortunately, you can quit softeners today. You might have to get used to slightly rougher clothing, especially if you air-dry, which we’re big supporters of here at TreeHugger, but that’s not a hard adjustment. If you rely on a dryer, Erin suggests swapping dryer sheets for wool or felt balls or balls made of aluminum foil. The natural lanolin oil in wool helps to soften clothes. Try adding a cup of white vinegar to the rinse cycle, and read ‘How to get soft fluffy towels without fabric softener.’ If you want to know exactly which products are safe to use, check out the Environment Working Group’s Guide to Healthy Cleaning.

Alcohol curfew to start on Friday in Knox County, sales of alcohol to stop at 11 p.m.

Thu Sep 17 , 2020
It doesn’t matter if it’s a bar, restaurant or gastropub: the last call for alcohol will be before 11 p.m. now for all establishments across Knox County. KNOX COUNTY, Tenn. — Knox County is implementing a more aggressive alcohol curfew starting Friday to include any and all establishments that serve […] 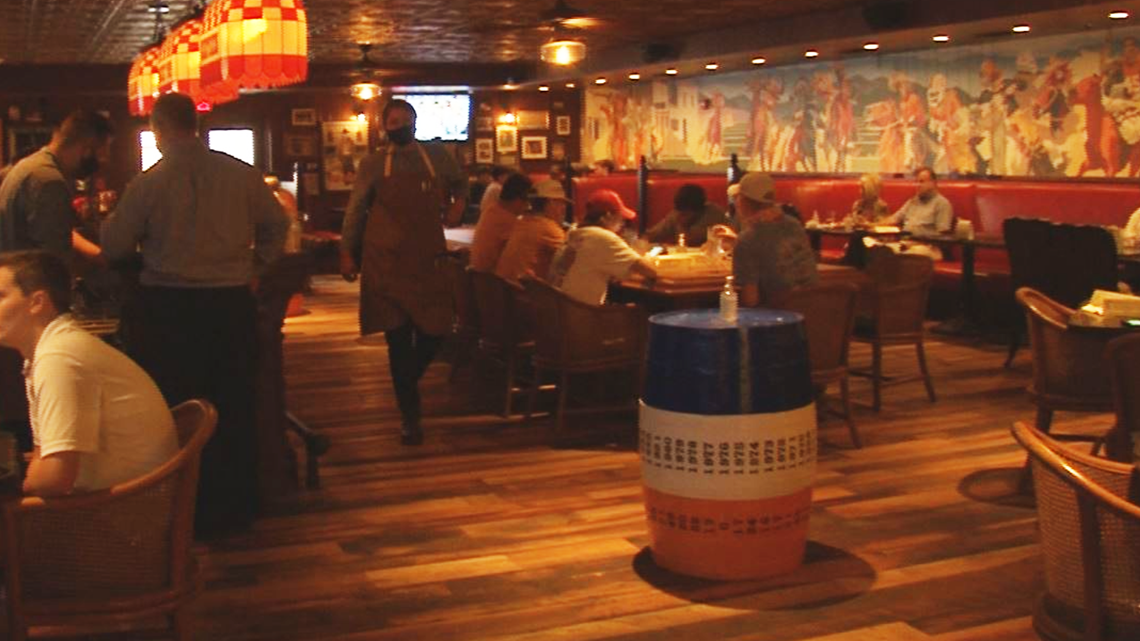