And the rush isn’t over yet: Next week Palantir Technologies Inc.—previously valued at as much as $20 billion—is slated to go public in a direct listing that its backers have been pining for for more than a decade.

This season’s IPO bonanza has been fueled by an uptick in tech adoption, and valuations, caused by global coronavirus lockdowns. But it’s also the result of what investors say is a particularly narrow IPO window this year, shortened on one side by the height of the pandemic chaos, and on the other by jitters over the U.S. presidential election in six weeks.

Data compiled by CB Insights for Bloomberg put the spree in perspective: Venture-backed companies held 80 IPOs in July and August this year, compared to just 35 in July and August last year, and 40 in July and August of 2016, the last presidential election year, according to numbers from the venture database, which tracks global IPOs, reverse mergers and listings via special-purpose acquisition vehicles.

“Covid threw them off,” says Dharmesh Thakker, a general partner at Battery Ventures who backed the newly public companies JFrog and Sumo Logic Inc., speaking broadly about the cohort that expected to go public earlier this year. “They put those plans on ice.” Then in the summer, when tech spending started coming back, spurred by the uptick in remote work and the attendant infrastructure and software upgrades, those startups called their bankers.

Now, many companies are aiming to get their IPOs done before a contentious U.S. election on Nov. 3. But Thakker estimates that nervousness around the vote has accounted for only about a fifth of startups’ public offering calculus, particularly for companies selling tech to other companies.

The bigger driver, he said, has been the fundamental shift away from on-premises infrastructure and software in favor of cloud-based services, which he believes is on track to become a $1 trillion industry. Thanks to the shift to the cloud, Thakker believes this year’s crop of enterprise IPOs will be matched next year.

Still, factors outside of company fundamentals will continue to influence IPO timing. “There are so many moving parts right now, and any one of them could cause the markets to get skittish at any time,” emailed Melissa Emily Graebner, a professor at the University of Illinois at Urbana-Champaign’s Gies College of Business. “Not just the election, but the pandemic, protests, natural disasters.”

On top of that, deteriorating U.S.-China relations are also likely to become a larger factor. Worsening trade tensions could “introduce macro uncertainty and affect interest rates, GDP contraction and duration, and in turn tech spending and IPO windows,” Thakker said.

As global crises keep coming, the result might be a narrowing of IPO windows—meaning that both droughts of public offerings and deluges of exits could become a more regular occurrence, as startups either seize their moment, or hunker down to wait out the storms. That dynamic isn’t likely to change anytime soon, no matter what happens in November. —Sarah McBride

If you read one thing

Amazon is encroaching on Peloton’s turf with the introduction of a $500 “Prime Bike.” The news initially sent Peloton shares tumbling 6.7%, but they recovered to end Tuesday down just 1%, Bloomberg reported. According to one analyst: “Other than a few cosmetic changes, the $500 bike is almost identical to Echelon’s $500 bike at Walmart.com.”

Facebook removed a network of fake accounts based in China. The accounts were particularly active on posts related to the South China Sea.

India’s most valuable company, Reliance, is aiming to make as many as 200 million smartphones over the next two years. The phones will cost about 4,000 rupees, or $54.

Microsoft Teams is going to remind people to stop working at the end of the day. The feature is being billed as a “virtual commute” for remote workers.

Carvana, an online retailer that sells cars out of massive automobile vending machines, has never turned a profit, but the company’s chief executive officer and his father are now worth a combined $21.4 billion, after the stock soared on rosy projections.

Wed Sep 23 , 2020
Fairfax, VA roofing contractor Roof.net is pleased to share a great review they received on Yelp from a happy customer. The customer, who is based in Anchorage, AK, praises the company’s ‘great and flexible’ roofing service. The review can be found here: https://www.yelp.com/biz/roof-net-fairfax-4?hrid=RuNWcbUkwxm3Zu4gRqf_Qg. “Roof.net did both neighbors’ roofs last summer […] 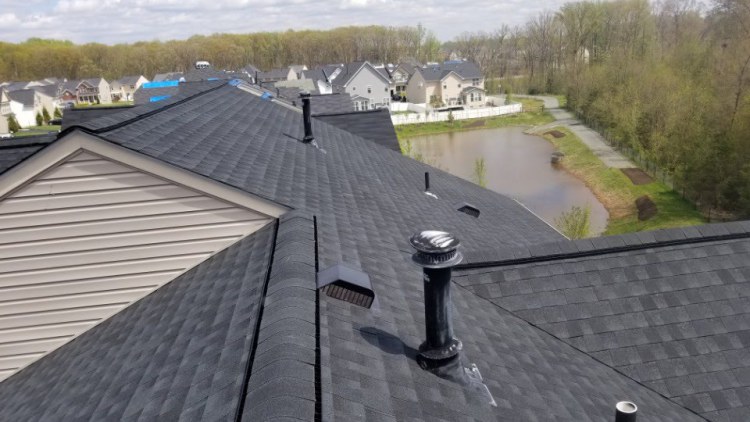