What is PR Newswire? It is a digital distribution service for press releases and related content intended to influence the public. PR Newswire is the focus of this article. PR has grown from a de facto job to bridge the gap between business and journalism. Today, it is a widespread […]

What is PR Newswire? It is a digital distribution service for press releases and related content intended to influence the public. PR Newswire is the focus of this article.

PR has grown from a de facto job to bridge the gap between business and journalism. Today, it is a widespread practice with formal training programs.

PR now encompasses analytics and measurement, media monitoring, and other modern audience-targeting strategies. We wonder, though: has its original intention become lost in the shuffle of 21st-Century media?

No one can say precisely when public relations began. PR was practiced long before it was named. Its role has always been to foster and maintain a favorable public image. It might be for a company, organization, institution, or prominent individual.

While the purpose of journalism is to report news and events as objectively as possible, PR aims to persuade people and shape public opinion.

Despite being different from journalism, PR press releases are often the foundation for news stories. Having this role is a significant reason for the continued existence and flourishing of PR Newswire.

The public generally trusts journalists, so they receive press releases from companies seeking publicity for products, services, or actions. This has become become standard practice in journalism.

Press releases are used for newsworthy corporate events such as:

PR Newswire press releases also come from the government and emergency services organizations. They provide updates to the public via the news media. Emergencies are almost equivalent to celebrity gossip when it comes to creating buzz!

Like us, PR Newswire, which is still in New York City, is a prominent distributor of press releases. The company was initially created so that businesses could send press releases to news organizations using teleprinters.

PR Newswire’s 1954 founding by Herbert Muschel was critical to the growth of public relations as a profession. Muschel operated the service from his Manhattan home for its first 15 years.

What is PR Newswire today? Like the field of PR itself, this company has broadened its scope beyond publicity distribution alone.

PR Newswire has benefited from synergies under the larger Cision umbrella. The overlap is significant. So it can be challenging to identify which arm of the company is responsible for a given business line or initiative.

These include Cision’s cloud and software development initiatives. For example, Cision and its corporate clients can monitor and analyze media conversation trends. They also monitor their reputation using high-tech analytic tools.

As part of Cision, PR Newswire now distributes its news releases and the information they contain globally. They also use multiple media channels such as photos, videos, and websites.

To make cultural inclusivity a standard practice, the company distributes multicultural content. It is directed toward minority groups.

As the company website states, “NYSE, NASDAQ and OTC listed companies place their confidence in Cision to manage all aspects of their shareholder communications.”

Sometimes, members of the general public will read “naked” news releases on corporate websites. Companies like PR Newswire or E-Releases also post these. Still, the majority get their news when it appears in the media.

Below are some professions with compelling reasons to subscribe to news releases and read them as soon as they’re released.

Of course, businesses of all kinds rely on news release distributors. They use them to share company news. Sometimes the goal is deception, such as when a product’s known dangers or defects are glossed over.

However, most is upfront, honest business. People greatly value announcements from the medical community, for example. These could be about new drug therapies or innovations in less invasive surgical procedures.

Nonetheless, it takes a good news reporter to use business news releases as a foundation for further research, rather than direct and factual information.

Many of today’s news organizations lack the funding and audience to sustain investigative journalism. There are few journalists like Sinclair Lewis or Woodward and Bernstein these days.

The situation leaves reporters struggling to find content that will engage readers. Thus, they rely on news releases form businesses.

Non-profit organizations need PR and news releases for fundraising. Fortunate non-profits have well-established donor bases. Most use news releases to direct attention to and speak persuasively about their accomplishments.

The professionals who write news releases benefit from reading and staying apprised of what colleagues have written. Making this a routine activity helps them spot PR trends and continually hone their skills.

The Role of PR Newswire in 21st-Century News

It’s hard to tell where and how a news story originates and what interests underlie it. People have long written PR news releases to persuade. As journalism becomes ever more commercialized, it’s harder to tell which sources to trust

It’s hard to say whether there was ever a time when the public cast a skeptical eye on the PR industry and its news releases, but at least they were easier to spot when they showed up in the news media.

It could be that news releases on the homepages of PR Newswire and other news release distribution businesses ar the most reliable source of corporate news. With these, you know a story’s purpose and where it came from.

PR Newswire has played an important historical role in distributing corporate and related announcements and updates for journalists to share.

What happens, though, when the journalists who process and share this information now fight their way through the same overwhelming sea of content as everyone else?

Do you remember the questions we posed at the start, “What is PR Newswire today”?

If it’s at all like our news release service, you might reply that PR Newswire is a straightforward and well-organized source of information for companies wanting to share their latest news.

This offers a breath of fresh air after being saturated by mainstream news media!

Thu Sep 24 , 2020
We all work our tails off to provide for those we love. For most people, starting a family is one of life’s greatest joys, and raising children is as good as it gets. After experiencing this, there is usually one thought that always sticks with you: I want to protect these […] 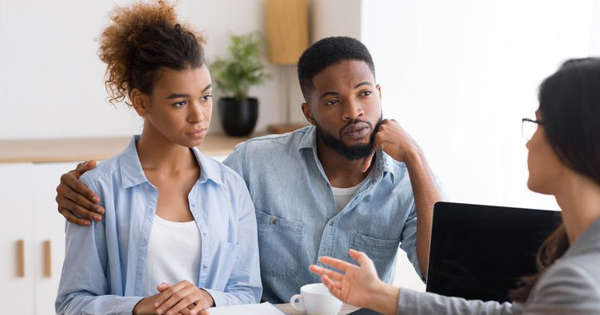