The storms that have reached the Gulf of Mexico have had some things in common: amazingly fast intensification, late shifts in path that have taken some communities off-guard, and massive storm surge and torrential rains that have inundated coastal towns with record flooding. That hurricane season has already jumped into […]

The storms that have reached the Gulf of Mexico have had some things in common: amazingly fast intensification, late shifts in path that have taken some communities off-guard, and massive storm surge and torrential rains that have inundated coastal towns with record flooding.

That hurricane season has already jumped into Greek-letter storms — having exhausted the alphabet by mid-September — is a testament to how unusual the weather has been in 2020, and there are more storms lining up across the Atlantic. In the towns that have been slammed, there is an acknowledgment from civic leaders that something has changed for the worse.

They just don’t agree on what that change is. Is it an anomaly? Is it a shifting climate? Are humans responsible?

Here in Orange Beach, where Hurricane Sally made landfall this past week, Mayor Tony Kennon (R) admitted that the storm was out of the ordinary. Sally made a last-minute turn toward Kennon’s town and intensified to a Category 2 as it made landfall.

“I just think it was a freak,” Kennon said. “The Weather Service has really gotten good at what they do, but they’re not perfect. And I don’t blame anybody. The storm just didn’t do what storms normally do. . . . We just caught a storm that didn’t go the way it was supposed to go.”

Scientists are clear that human-induced climate change is a culprit, with warming waters fueling the storms, giving them more of a chance to rapidly intensify and dump epic amounts of rainfall. Human-caused climate change may also be contributing to a trend toward slower-moving storms at landfall, which worsens inland flooding.

Several government officials from Florida to Texas who have watched the change worry that the storms in recent years — and particularly in 2020 — are just the beginning and portend a rough future for seaside enclaves.

“For 67 years, I have fooled with hurricanes,” said Al Cathey (D), mayor of Mexico Beach, Fla., which was leveled in October 2018, when Hurricane Michael turned into a monster Category 5 before slamming into the coast. Michael was the first Category 5 to make landfall in the United States since 1992, and it took many by surprise.

“Here’s what I can say: I live in a coastal town. I’ve watched it. Something is happening. To continue to ignore it is not the answer,” Cathey said. “You watch the news, they use the word ‘unprecedented’ almost routinely now. Everything is ‘unprecedented.’ Well, folks, where’s that coming from?”

In Pensacola, Fla., which also was hit hard by Hurricane Sally this past week, with intense flooding that filled city streets, Mayor Grover Robinson (R) agreed.

“We didn’t necessarily have the number and the intensity probably 30 years ago that we have today,” he said. “So I do think there’s something to that.”

Seaside states in the gulf are the among the nation’s prime targets during hurricane season each year from June 1 to Nov. 30, and they are increasingly confronting historic flooding, damaging winds and unpredictable landfalls that scientists attribute to climate change.

More storms are devastating cities and towns and leaving them with billion-dollar cleanup and rebuilding costs, but none of the state governors in hurricane alley have signed on to a bipartisan effort to mitigate the effects of climate change, said Julie Cerqueira, executive director of the U.S. Climate Alliance, a group of governors from 24 states and Puerto Rico that is committed to tackling the issue.

But while mayors across the gulf region agreed that storms have intensified in strength and quantity, they remained split on the role played by climate change.

Houston Mayor Sylvester Turner (D) said his city has had to repeatedly prepare for and respond to major weather events in recent years, including 500-year floods that hit in consecutive years, in 2015, 2016 and 2017, when the devastating effects of Hurricane Harvey flooded the city. He’s watching Tropical Storm Beta closely — while not predicted to be severe, he said, “every system, every storm, every hurricane is different. And what we have seen is that these storms can intensify very, very quickly.”

“Climate change is real,” he said. “Years ago, you would not have had a mayor of Houston — the energy capital of the world — talk openly about climate change. . . . If there’s any question on whether climate change is real, take a look at all the weather systems that have developed this year alone. We have gone full circle in terms of the alphabet.”

Turner now co-chairs Climate Mayors, a bipartisan group of more than 500 mayors across the country. During his tenure as Houston’s mayor, he has appointed a flood czar, moved city buildings to complete utilization of renewable energy, and, in April, implemented the city’s first climate action plan.

Robinson, the Pensacola mayor, said he acknowledges that a warming planet probably contributes to stronger storms, but he said he has questions about whether the phenomenon is human-caused or natural.

“I have lived through Hurricane Camille and Hurricane Katrina and many in between. My wife and I were married on the weekend Hurricane Elena came. We’ve seen a lot come through,” he said. “I think that of late, we are seeing a higher intensity and certainly numerically we are seeing more.”

“Most of us are more interested in dealing with the pragmatic side,” Hewes said. “The climate change discussion does not drive a lot of what we do.”

Rather, Hewes said his decision-making is driven more “from the experience of living with storms than the climate change discussion because storms have been here a lot longer than that conversation has been had.”

Galveston, Tex., Mayor Pro Tem Craig Brown said regardless of the reason for the storms’ intensity and frequency, he would rather focus on solutions.

“The past couple years have proven that this may be a trend that we’re going to see more of, and I think cities all along the coast may be affected in one way or another,” he said, as Tropical Storm Beta threatens the city in coming days. “There’s no doubt that climate change plays a role in this. But no matter if it’s climate change or not climate change, we have a concern with these storms. As mayor of a city dealing with that problem and trying to prepare your city and keep your citizens safe, the reasons for it go out the window.”

Mayor Nic Hunter (R) said his city of Lake Charles, La., has seen more severe weather events in the past 10 to 15 years than it has been used to, and he is prepared for more. Lake Charles was hit hard by Hurricane Laura last month, a storm that came ashore having strengthened to Category 4, tying for the strongest hurricane by wind speed to hit Louisiana.

“I don’t think I’ll get a good night’s sleep until hurricane season is over this year,” Hunter said. “2020 has been a hell of a year.”

Hunter said he leans on those with expertise when it comes to considering climate change.

“If we’re going to try and solve issues that are scientific in nature, or weather-related in nature, we should hear the voices from those individuals that are educated,” Hunter said. “If you ask me why, I’m really not educated to tell you why. I am very open to hearing from scientists, from meteorologists, and I believe that we have to yield to scientific minds when it comes to an explanation for these things.”

Kennon, of Orange Beach, said he generally steers away from discussions about climate change, finding them too riddled with hypocrisy.

“If we have climate change, then let’s identify the culprit, identify how we fix it, and change it,” Kennon said. “But if you’re serious about climate change, you need to stand up to China, India, everyone in the world that has absolutely no regard for the climate. Those culprits who are 90 percent of the polluters need to be held accountable. Otherwise, it’s just political, or a game or something.”

“Whether we actually have increasing temperatures, increasing sea levels, that may or may not be true,” Kennon said. “But the point then becomes, is that man-made? [Are these] cycles that happened throughout history? I don’t know.”

“They keep talking about conclusive evidence that it’s man-made,” he added. “I don’t believe that.”

“For many years, I just took it as it wasn’t relevant. It was just mother nature’s cycles of weather that we were in,” he said. “But I’ve changed my mind.”

Cathey said the rapid intensification he saw with Michael seems to happen with increasing regularity.

Cathey, a registered Democrat, said he has never voted along party lines, casting his ballot for Donald Trump in 2016. This year, he plans to vote for Joe Biden.

Climate change is not the reason he’s changed his mind — he said the decision comes down to trust — but he said President Trump’s take on the issue is “not the kind of answer I want to hear from the head of the snake down.”

In the city of Biloxi, Miss., home to 46,000 people, eight casinos and Keesler Air Force Base on the gulf, Mayor Andrew “FoFo” Gilich said he has seen the climate warm over time. He used to bundle up in a jacket to attend football games in the fall, but now he wears short sleeves.

His town has also contended with more storms. But he said he was not convinced that they are fiercer than a century ago, or that the reason for it is human-induced climate change: “The jury’s out as far as I think.”

But he said he is open to the possibility that climate change is man-made and to suggestions about what he should do about it. 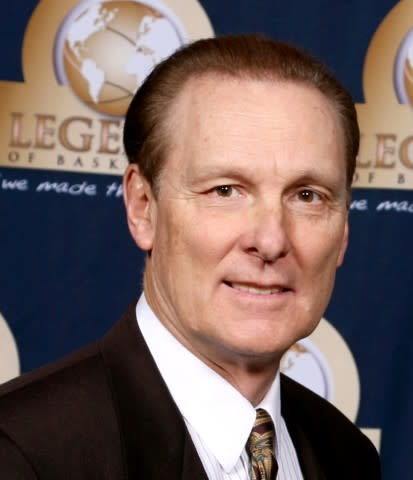