Two big industries are taking divergent approaches to managing employees in a pandemic. The differences paint a sharp picture of how the coronavirus has reshaped the way we work — even though it still hangs over any attempt to reclaim a sense of normalcy in corporate America. Like its most […]

Two big industries are taking divergent approaches to managing employees in a pandemic. The differences paint a sharp picture of how the coronavirus has reshaped the way we work — even though it still hangs over any attempt to reclaim a sense of normalcy in corporate America.

Like its most famous icon, Wall Street has been bullish about getting employees back at their desks in banking and finance. The chief executives of JPMorgan Chase and Goldman Sachs each expressed a desire to get their employees back into the office — even though Chase has already hit a snag, with Bloomberg reporting this week that some workers in Manhattan were sent home after an equities trader tested positive for Covid-19. In the meantime, Deutsche Bank took the opposite tack: The Wall Street Journal reported that it is pushing back its in-office return to July for U.S. employees.

On the flip side, Silicon Valley heavyweights like Facebook and Apple have said employees can stay home until the end of 2020 or into early 2021. Google took it a step further, giving employees the green light to work from home until at least July, and Twitter is reported to be subletting more than 100,000 square feet of San Francisco office space for up to five years, according to the San Francisco Chronicle.

Full coverage of the coronavirus outbreak

There are significant cultural differences between the two that make the transition easier for tech companies, experts say.

“Technology is less mature of an industry than financial services. In New York City, for example, financial services have been around for 150 years now,” said Dave Carvajal, CEO of the recruiting firm Dave Partners, which focuses on finance-related technology companies.

John Challenger, CEO of the recruiting firm Challenger, Gray & Christmas, said: “It seems so logical that each is going with what they know. Old-economy financial firms think they need to be there in person. The tech companies have learned already to deal with work in a much more virtual environment. They’re comfortable with the technology.”

“Keeping workers fired up and excited is a major challenge for companies today.”

Cal Newport, an associate professor of computer science at Georgetown University, said: “If you’re in software, it’s an easier shift to remote. Outside of software, knowledge work is just too haphazard. If you have structure, which software development does, then I think remote work has massive advantages.”

Let our news meet your inbox. The news and stories that matters, delivered weekday mornings.

But even tech companies found that the demands of a pandemic have stretched their limits.

“We found the transition was easy to operate initially, being a tech company,” said Sam Caucci, founder and CEO of the business-to-business software startup 1Huddle. Over time, however, the duration and uncertainty of the pandemic began to wear on Caucci’s 40-person staff. “Keeping workers fired up and excited is a major challenge for companies today,” he said. “We started to see that for ourselves.”

Banking analysts noted that productivity at JPMorgan Chase has slipped among staffers working from home since the pandemic began. Chase is targeting Monday to get most of its employees back to the office.

Challenger said that given the sheer amount of upheaval in so many people’s lives, including changes in child care and virtual schooling obligations, it’s no surprise that productivity has taken a hit.

“There’s different kinds of demands and diversions that affect people who have not been working this way before. You couldn’t expect that people could be able to just instantly adapt,” he said.

Newport said: “There’s a social capital cost. We underestimate the amount of informal, ad hoc communication and coordination that occurs when you’re all in the same space.”

In tech, “there’s a different kind of efficiency,” he said. “The promise of the internet was always that you could work from your favorite beach. It took Covid to really accelerate that and materialize that in a big way.”

But Newport said many people are conditioned to having a buffer between work and home — and that can deliver a productivity benefit, as well.

“Those types of transitions where you have ritual and a location shift, there is a really big psychological benefit to that. You can work better, and you can separate your home life better,” he said.

Michael Gunaca, who works in the Denver office of the Seattle-based real estate tech company Zillow, said: “I don’t miss sitting in traffic, but at the same time, being able to have that buffer space between personal life and work life was good.”

Gunaca, who started working from home in mid-March, said he doesn’t anticipate going back to the office for the rest of the year. (Zillow announced at the end of July that it plans to let most employees work from home “indefinitely.”)

“I’m really glad we were told we wouldn’t be returning, because having that date helped us plan accordingly, both psychologically as well as … [turning] our spare bedroom into a home office,” Gunaca said. “I never would have appreciated the office as much as I do now.”

Of course, for the millions of working parents trying to juggle their jobs with remote school instruction, there’s very little work-life separation these days.

Gunaca worked out a flexible schedule with his boss at Zillow to work around child care for his 2-year-old son. Gunaca and his wife, who works for a wine importer and also is working from home indefinitely, decided to remove the toddler from day care when the pandemic hit. He said he is lucky to work for an employer with generous parental benefits and time off — perks the majority of workers, including low-wage and essential workers, don’t have.

Caucci said: “Close to half our team have children. It is absolutely a balancing act and challenge.”

Fri Sep 18 , 2020
Facebook is instituting new guidelines for how employees can communicate on its internal social network, Workplace. The changes include creating a tougher harassment policy, dictating which areas of the Workplace platform can be used to discuss politics or social issues, and moderating debates when they do occur. The new guidelines […] 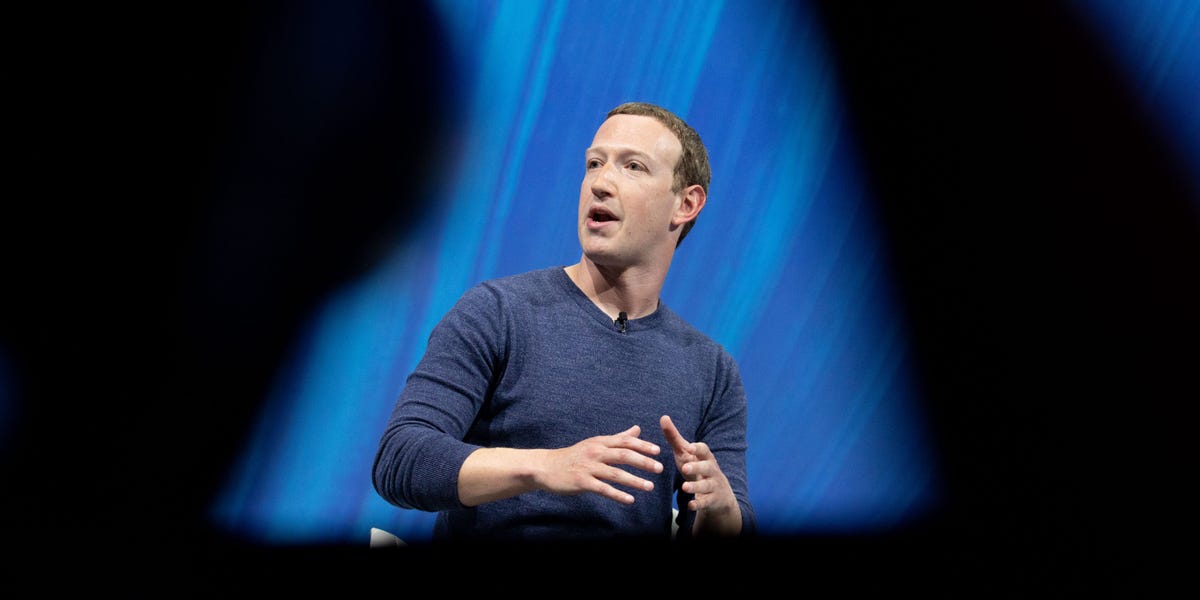