There are a number of options that any investor has when trying to decide where to invest his/her money. Forex (i.e. the foreign exchange market) is one of these choices. Just as millions of travelers do every year when they go abroad, Forex traders are merely exchanging one form of currency for […]

There are a number of options that any investor has when trying to decide where to invest his/her money. Forex (i.e. the foreign exchange market) is one of these choices. Just as millions of travelers do every year when they go abroad, Forex traders are merely exchanging one form of currency for another. But as most people already know, one dollar of U.S. currency is not equal to one Euro – there is always a conversion rate involved in any exchange between currencies.

Just as with stock prices, the exchange rate between currencies is constantly changing and reacting to market conditions.

One Euro might be worth 1.300 USD today, but only 1.2518 USD the following day. When dealing with currency exchanges, the two currencies being traded are known as the currency pair. The base currency is the first in the currency pair and it is used when the account is set up (USD/Euro). So, if an investor was looking at the exchange rate of 1.312 USD when looking at the base pair of the Dollar/Euro – this means that it takes 1.312 USD to buy one Euro and that the dollar was used to set up this transaction.

Forex traders are always trying to anticipate the movement of exchange rates and capitalize upon those predictions. As with stocks, Forex investors can profit whenever they correctly predict moves in the exchange rates – whether hey
move up or down. Scalping is one of several strategies that have evolved in Forex trading. At its simplest, scalping involves short-term movements in the exchange rates. In other words, Forex traders who use the scalping strategy are not in it for the long haul – in fact, this strategy may only involve investments that last a few hours – or even minutes. Scalpers pay very special attention to market indicators that specifically affect Forex rates.

Exchange rates tend to fluctuate based upon economic and political news events – on both the national and international levels. There are several key indicators that scalpers (or any Forex trader) pay special attention to before investing and many of them involve government statistics, including the Gross Domestic Product (GDP) rate, unemployment figures, trade balance reports, inflation, and interest rate announcements.

The reason that most currency markets rely so heavily upon government statistics is because they are both accurate and reliable indicators of economic strength or weakness. The statistics are compiled and analyzed using very complex formulas that are nearly impossible to manipulate. These government figures are both transparent and generally available to everyone at the same time – so there is a general sense that the currency market is an even playing field for both large and small investors. These statistics are generally released around the same time every month (with the exception of figures that are released quarterly, like the GDP) and distributed by all the major players, such as Reuters, Bloomberg, CNBC, etc.

However, a good or bad report on unemployment will not necessarily mean a change in currency exchange rates. For instance, assume an investor is interested in the exchange rate between the USD and the Euro. If the quarterly GDP figures showed a solid 5% increase for the U.S. economy but a lackluster 2% increase for the euro zone, an inexperienced Forex trader might assume that the dollar would rise against the Euro.

Unfortunately, it is not that simple because the figures themselves are not truly what move the currency exchange rates. In reality, it is the perception and expectations of the market that will move the rates. So, even though the U.S. economy grew faster than the euro zone, the dollar may still lose ground to the Euro on the exchange market. The U.S. economy may have been expected to grow at 7.5% while the euro zone had very low expectations and was only expected to expand at a 1% rate. Thus, the U.S. economy grew at about half the rate expected while the euro zone grew at double the anticipated amount – thus, it is more likely that the dollar would lose ground to the Euro in such a situation.

Using the example above, a Forex trader using the scalping strategy would be eagerly awaiting the GDP figures to be released by the respective governments. When they are released, the investor may indeed anticipate that the dollar would lose ground against the Euro. Because smaller investors can organize and react quickly to economic data, they actually have a slight advantage over the larger investors and hedge funds – especially when using the scalping strategy.

The basic premise of any Forex investment is to purchase one currency while simultaneously selling another. In truth, the GDP announcement may only cause a slight adjustment to the exchange rate between the USD and the Euro – and yet the size and liquidity of the currency market may still make the transaction profitable if the movement of the exchange rate can be accurately predicted.

The currency market is the most fluid and liquid in the world with roughly $2 trillion dollars changing hands each day. While the standard size of a transaction in options is 100 shares of the underlying stock or investment, the typical size (standard lot) of a Forex trade is 100,000 units of currency. Therefore, for the scalper who predicted that the dollar would lose ground as a result of the economic data released by the government earlier in the day, the movement of the Euro to 1.312 from 1.260 could be quite profitable. While the position only moved .052, the fact that the standard lot is 100,000 units of currency means that the gross profit would be $5200!

It is quite possible that the scalper could buy in earlier than the larger investors and thus make a bigger profit than when the market finished reacting to the economic data released earlier in the day. But, would a scalper necessarily make all $5200 of the potential gross profit? Probably not, because the investor will typically have trigger points already in mind when making an investment.

Investments using the scalping strategy are very short term and may indeed only be a few hours in duration. Investors need to already have targets and stops in mind before investing in Forex if they intend to use the scalping strategy. After all, it is impractical to follow the exchange rates on a minute-by-minute basis for very long. The target is the projected price level that the currency will reach (verses the other currency in the pair) as a result of the economic or political data recently released. Stops are determined by the investor and they are specific points within the target range. When prices reach these stops, the stop order becomes a market order and the currency is unloaded – with the investor presumably making a “reasonable” profit for their troubles. Most successful scalpers use technical analysis (historical data) to determine the stop points for the currency exchanges.

Thu Sep 17 , 2020
Bank of America CEO Brian Moynihan predicted third quarter revenues at Merrill Lynch and Bank of America Private Bank “should be strong” as client asset levels, which are measured at the beginning of each quarter and form the basis for the wealth unit’s fee income for the quarter, rose solidly […] 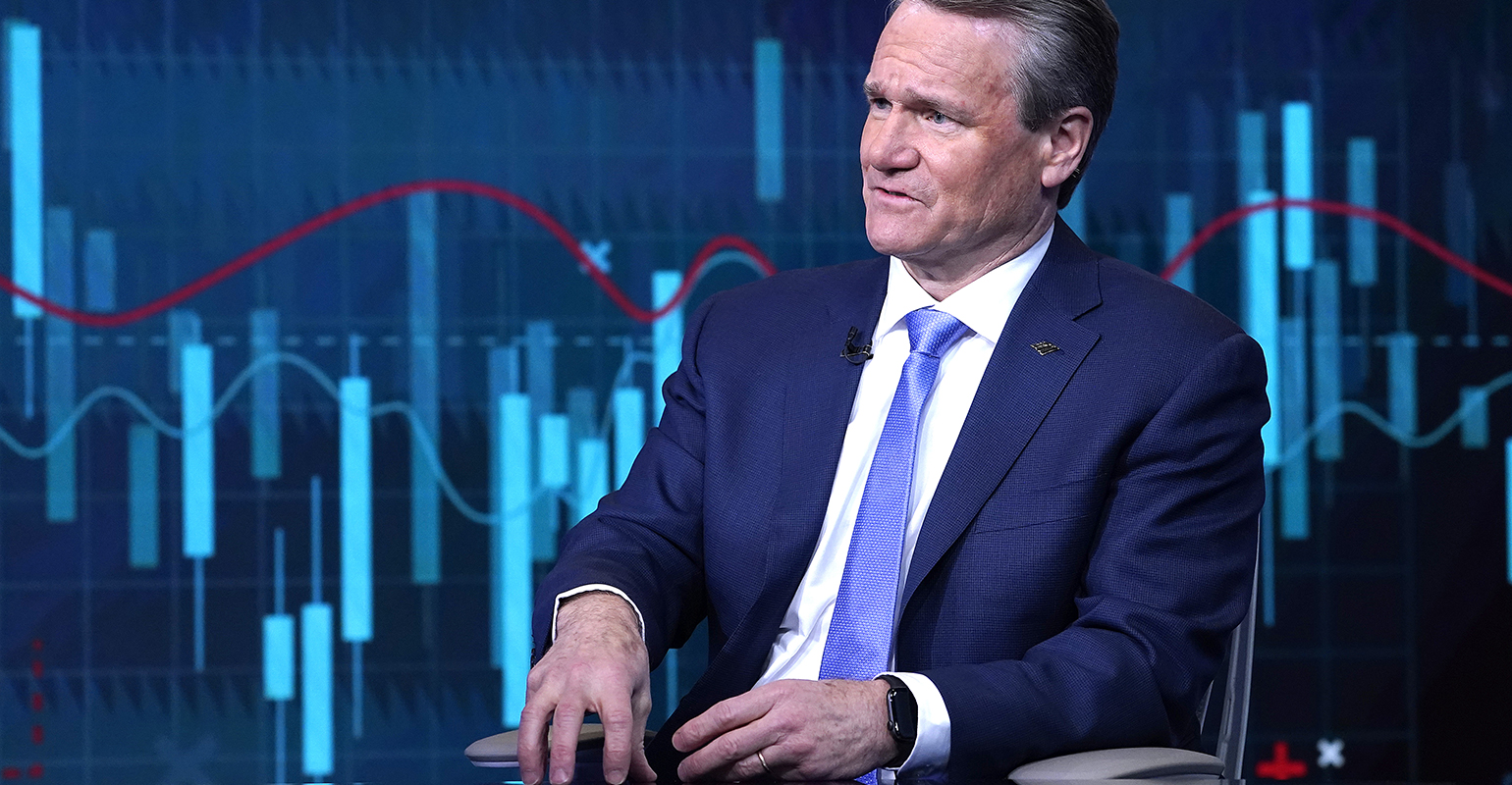