By CHRISTOPHER RUGABER, AP Economics Writer WASHINGTON (AP) — The number of Americans seeking unemployment benefits dipped last week to a still-high 840,000, evidence that layoffs remain elevated seven months into the pandemic recession. Yet economists say they are increasingly dubious about the unemployment claims figures, even though there is […]

Yet economists say they are increasingly dubious about the unemployment claims figures, even though there is little doubt that hiring has slowed and employers have continued to lay off workers.

One reason layoffs remain high is that companies often hold on to workers when a recession begins, if they can, in hopes of outlasting the downturn. Yet if the recession drags on, many will eventually give up and cut jobs.

“Some of these new layoffs are coming from firms that didn’t want or didn’t have to lay people off at first,” said Constance Hunter, chief economist at KPMG. Now, “they have no choice but to start reducing their workforce.”

Consider Luke McCann. He had hoped through September that business would finally pick up at his online marketing company, CollectionAgencyMatch.com, based in Winston-Salem, North Carolina.

It didn’t. So McCann was forced to lay off seven of the 15 staffers at his company, which helps businesses find collection agencies. His revenue had shrunk as small businesses either closed down or decided not to pursue customers who hadn’t paid their bills, McCann said.

A loan from the government’s Paycheck Protection Program had helped McCann stave off cutting workers. But “without more (government help) on the way and demand not picking up, we had to lay off employees to help save expenses to stay in business.”

At face value, the Labor Department’s report Thursday indicated that more than 800,000 people are still being laid off each week, a historically huge number — more than in any week during the 2008-2009 Great Recession. Weekly applications for unemployment benefits have long been considered a proxy for job cuts.

But the flood of layoffs during the pandemic recession and the creation of some new jobless-aid programs have overwhelmed state unemployment agencies. A result is that the jobless claims figures the government has been reporting have become an object of skepticism.

Some states are still processing backlogged applications from this summer, Pancotti noted. California, for example, stopped accepting new claims for two weeks so it could clear a backlog of 600,000 applications that are more than three weeks old.

In many states, the data for initial jobless claims also includes workers who had been laid off previously, then found temporary work or were recalled temporarily — only to lose their jobs again and reapply for unemployment benefits. These repeat applicants account for roughly half of jobless claims in California, according to the California Policy Lab.

Till von Wachter, an economist at UCLA and director of the Policy Lab, said that initial applications can also include workers who have used up their 26 weeks of state unemployment and are transitioning to an extended benefits program that provides three additional months of payments.

And this spring, Congress created a new program, Pandemic Unemployment Assistance, or PUA, that made self-employed and gig workers eligible for unemployment aid for the first time. Yet in many states, to qualify for the PUA program, the unemployed must first apply for regular jobless benefits. Only after they have been rejected under that system can they apply for PUA.

Last week, more than 464,000 people applied for aid through PUA. These figures aren’t adjusted for seasonal trends, so the government reports them separately from the traditional jobless claims. Yet the figure may include some people who applied under the traditional benefits program.

Organized fraud has also been a problem, particularly in the PUA program, in which it’s difficult for states to verify applicants’ incomes. Contractors and gig workers, for example, rarely have W-2 tax forms, which employees in traditional jobs receive.

Thursday’s report from the Labor Department said the number of people who are continuing to receive unemployment benefits dropped 1 million to 11 million. The decline suggests that many of the unemployed are finding work. But it also reflects the fact that some have used up the 26 weeks of their regular state benefits and have transitioned to extended benefit programs.

Yet those figures are also likely inflated, mostly by double-counting. California and other states have counted retroactive payments under PUA as multiple payments to separate individuals.

“Nobody knows exactly how many people are receiving unemployment insurance benefits right now,” said Heidi Shierholz, policy director at the Economic Policy Institute and former chief economist at the Labor Department. That is a “reminder that we need to invest heavily in our data infrastructure and technology.”

The figures nevertheless point to a flagging recovery and come two days after President Donald Trump cut off talks over a new rescue aid package that economists say is urgently needed. A failure to enact another round of government aid would crimp household income and spending, and some economists say it would raise the risk of a double-dip recession.

In the meantime, the pace of layoffs shows little sign of flagging. Disney said last week that it would cut 28,000 jobs. And American Airlines and United Airlines combined furloughed 32,000 employees last week. Airlines had been barred from cutting jobs as long as they were receiving federal aid, which expired this month. The American Hotel & Lodging Association has said that nearly three-quarters of hotels say they’ll have to lay off more workers without further financial aid.

Congress is still considering extending the airline aid in stand-alone legislation. But there is little sign that a deal will be reached with the White House.

Across the country, hiring has slowed just as federal rescue aid has run out, hampering an economy still climbing out of the deep hole created by the pandemic. Employers added just 661,000 jobs in September, less than half of August’s gain and the third straight monthly decline.

Just over half the 22 million jobs lost to the coronavirus have been recovered, leaving the economy with 10.7 million fewer jobs than in February — a figure that exceeds all the job losses from the Great Recession.

Copyright 2020 The Associated Press. All rights reserved. This material may not be published, broadcast, rewritten or redistributed.

Fri Oct 9 , 2020
Apple’s decision to require users to opt-in to its IDFA tracking has understandably disrupted the ad tech ecosystem. Its new measures, albeit now delayed until “early” 2021, ignore current initiatives from the IAB around transparency and privacy-first best practices. The IAB-led initiatives I’m referring to include ads.txt, app-ads.txt, sellers.json, the GDPR […] 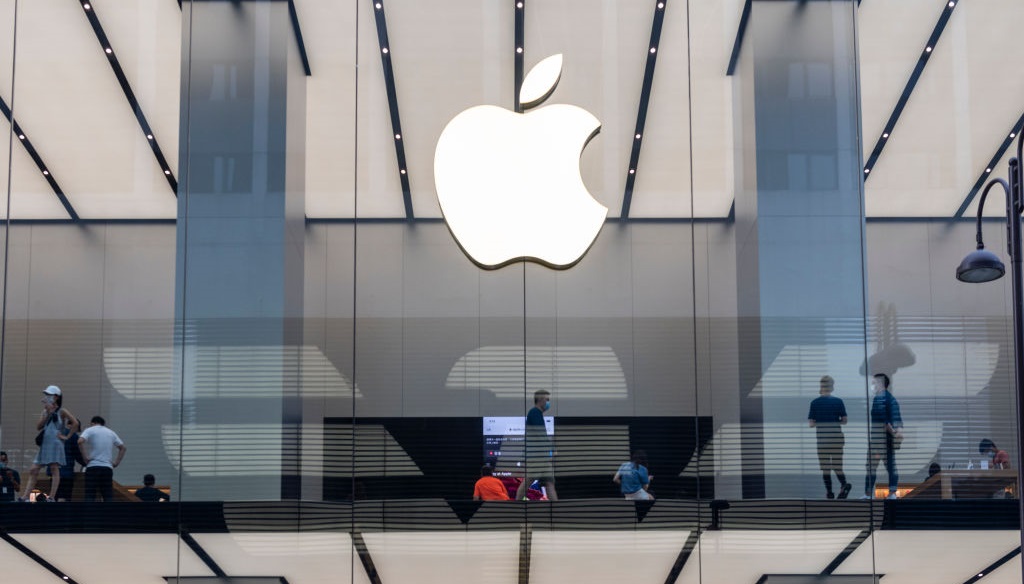