Uniswap issued a governance token, Kraken is the world’s first crypto bank and there are more “newbie” bitcoin investors than any time in the past two years. Top shelf Crypto’s bankKraken Financial, a newly formed division of the popular crypto exchange, has become the first firm to receive a special type […]

Uniswap issued a governance token, Kraken is the world’s first crypto bank and there are more “newbie” bitcoin investors than any time in the past two years.

Crypto’s bank
Kraken Financial, a newly formed division of the popular crypto exchange, has become the first firm to receive a special type of charter making it a bank. On Wednesday, the Wyoming Banking Board approved the exchange’s application for a special purpose depository institution (SPDI) charter – making it a licensed bank in the state, replete with access to federal payments infrastructure and opening the doors to issuing digital-asset debit cards and savings accounts as well as securities and commodities services. Kraken Financial beat out Wyoming blockchain pioneer Caitlin Long’s application for Avanti Financial, and is the first bank established in Wyoming since 2006.

Non-public information
The China state-sponsored Blockchain-Based Service Network (BSN), a standardized internet services provider for decentralized applications (dapp) developers, plans to make 24 public chains available in its network for Chinese users beginning in November. These public chains will look quite different after being “localized” for the Chinese market, CoinDesk’s David Pan reports, who gained access to a leaked memo. Inspired by Ant Financial’s permission blockchain, these chains will replace their native tokens with the renminbi, be renamed after the 24 Chinese solar terms and will be supervised by the Public Permissioned Blockchain consortium – ensuring the state reaps the benefits of blockchain tech’s traceability and efficiency, without the decentralization embraced by public chains like Bitcoin and Ethereum. “BSN strictly follows related laws and regulations and will remove any chain that violates them from the network,” the memo reads.

Related: First Mover: Federal Reserve Does What It Wants to Do as Bitcoin Hits $11K

Welcome newbies
New investors are entering the bitcoin market at a faster pace and possibly creating upward pressure on prices, on-chain data shows. The number of “young investment” wallets (those that are one to three months old and rarely send bitcoins) has jumped to 2,254,667 this month, the highest level since February 2018, according to data provided by the blockchain analysts firm Chainalysis. That’s double from 1,162,632 six months ago. “It looks like new people are entering the market, buying bitcoin and putting it in wallets for long-term investment,” Chainalysis’ economist Philip Gradwell told CoinDesk. Investors took advantage of the 40% price drop to levels below $4,000 observed on March 12 and have continued to pour money into the top cryptocurrency ever since.

Beefing up
Wyoming’s chief banking regulator says he’s “beefing up” his division’s monitoring capabilities on illicit cryptocurrency with Chainalysis. Under a one-year deal, Chainalysis will train senior examiners on crypto tracing practices and grant two monitoring software licenses – plus investigatory support – to the Division of Banking as it eases into its new, crypto-facing compliance duties, according to Commissioner Albert Forkner. Those rules are no different than the ones governing traditional American banks: Watch out for signs of money laundering, don’t transact with sanctioned individuals, keep tabs on customer identities and uphold the minutiae of the Bank Secrecy Act.

Patent game
Alibaba is on track to supersede U.S. computer giant IBM by becoming the single-largest holder of blockchain-related patents, according to a new study. Consultancy KISSPatent found the Chinese tech conglomerate has published ten times more blockchain patents than IBM, its nearest rival. Should Alibaba continue at its current pace, the study predicted it would become the biggest patent holder in blockchain by the end of 2020. The firm also found the majority of patents were filed by traditional Fortune 500 companies, rather than companies that exist wholly within the blockchain space.

The platform has minted 1 billion coins to be distributed to founders, early users and future community members over the next four years. The token will be used to power on-chain governance decisions.

“UNI officially enshrines Uniswap as publicly owned and self-sustainable infrastructure while continuing to carefully protect its indestructible and autonomous qualities,” the firm wrote.

SushiSwap, a genetic twin to Uniswap, appeared on the scene as a real competitive threat – offering an incentive to participants to siphon liquidity from the dominant automated market maker (AMM). SushiSwap migrated over $800 million in crypto assets from Uniswap last week, with promises to be a fully decentralized rival to the “VC-backed” Uniswap.

Observers of the battle expected Uniswap to respond by issuing its own governance token. Though some may be surprised at the speed at which this was executed.

Following the announcement, the number of pending transactions on the Ethereum network spiked, and within three hours after the claim started, over 18,000 transactions were sent to the smart contract address of the UNI governance token.

Binance, Huobi, OKEx, FTX (which is led by Sam Bankman-Fried, who has played a pivotal role in the SushiSwap saga) and Coinbase Pro have all added trading support for the new token.

Both Sushi and Uni distinguish themselves from centralized exchanges like Coinbase by allowing users (called liquidity providers, or LPs) to deposit any digital asset onto the platform, receive interest and a cut of transaction fees in return.

Coinbase, on the other hand, uses the more traditional order book format – where a user’s trade is matched up against a list, or book, of buys and sells, and executed at the best available price.

Doubt prevails
CoinDesk data shows bitcoin’s price fell to just under $10,900 in the Asian trading hours – not long after it had climbed to near $11,100. The drop is bitcoin’s latest failure around the key psychological hurdle and could be the result of prevailing doubts over the Federal Reserve’s ability to hit the 2% inflation target. Prevailing doubts over whether the Fed has what it takes to hit its 2% inflation target hit traditional markets and may have contributed to a bitcoin price drop early on Thursday. On average, officials don’t expect 2% inflation until 2023.

Polemics and dots
A token minting system – Polimec – is coming to the Polkadot blockchain ecosystem, promising to be a leaner, meaner version of Ethereum’s ERC-20 standard, the mechanism that launched a thousand token sales, CoinDesk’s Ian Allison reports. Launched by the team behind blockchain identity protocol KILT, the token issuance and transfer framework is thought to eventually spur development on the Ethereum-competing layer 1. “If you look at what ERC-20 actually did to the Ethereum ecosystem, then you can imagine what will possibly happen with Polimec,” Ingo Ruebe, CEO of BOTLabs and project lead for KILT Protocol said. “It’s an absolutely essential part of the ecosystem, I would say.” The KILT mainnet, an identity solution expected to launch in 11 months, will be the first project to mint tokens using Polimec.

Cascading blockchains
Ava Labs is launching its Avalanche blockchain next Monday, Sept. 21, with aspirations of creating a new front for the development of decentralized finance applications. “Avalanche aims to enable new systems defined by velocity, efficient use of capital, and innovation in new products and services that aren’t possible with the current wait times to finalize transactions,” Ava Labs CEO Emin Gün Sirer told CoinDesk. “DeFi is certainly part of our motivation in the short term, with our long-term sights set on traditional finance.” The upcoming launch comes on the back of $60 million in funding, $45 million of which came from a July 2020 public token sale and private sale led by Mike Novogratz’s Galaxy Digital, Bitmain and Initialized Capital, CoinDesk’s Colin Harper reports.

Vinay Gupta is CEO of Mattereum, an Ethereum-based physical asset management platform. He coordinated the Ethereum launch process and first worked in cryptocurrencies in the 1990s. The essay excerpted below is part of CoinDesk’s “Internet 2030” series exploring the ongoing digital revolution.

Ecological Sanity Is Compatible With Human Freedom
In the early days, Bitcoin proposed a simple model of how the world could be transformed: The free market was going to produce inflation-proof money with strong privacy features, which could be used to avoid taxes. Over time, people would sell their dollars, replace them with cryptocurrency and the State would wither away to be replaced with an anarchic paradise.

That was one Bitcoin theory of change. It seems improbable now, as it did before, despite the current risk of game-changing inflation in America. The ship may be going down, and Bitcoin may be a life-raft for some (as it is in Venezuela), but the collapse was not caused by Bitcoin. It was caused by good old-fashioned mismanagement over decades.

Still, given the waste and excess in society, it’s never been clearer how much the world needs cryptographic transparency. So what is our theory of change? How are we really going to get a better world out of all this exquisite technology?

Our freedom rests on our ability to use technology to dig our way out of this hole: to increase our options by creating and deploying new supply-side technologies to create clean energy, and by radically re-engineering the demand side to hit our necessary consumption limits.

The creativity of the market economy works, but instead of mere “price signaling” we need high-quality, multidimensional data so we can run a multidimensional market: money, carbon, other forms of impact, all inside of a single global budget, with infinite room for human creativity to prove we met our targets and live as well as we are able.

Neither utopian nor dystopian, this is reality: You have markets, or you have authoritarianism. Carbon is a new constraint, and we either handle it like money and instruments well enough for creative response or face a future of blundering mandates.

Ecological sanity is compatible with human freedom, but only if we deploy cryptography to manage the resource allocation. My hope is that, by 2030, these systems will be ready in  enough countries that they’ll become standardized across the world, and we can go on together. Read the full story here.

CoinDesk’s “Internet 2030” series examines the future of the medium and what role blockchain and crypto will play in it with content and conversations on the future of the decentralized web. If you are interested in submitting an op-ed for the series, please reach out directly to [email protected]

Governance battles
In this episode of The Breakdown, NLW looks at the power competition between governments on the one hand and the decentralized network-driven finance alternatives that would reshape that power. Interestingly, in this competition corporations may play a role that benefits both sides at different times and in different ways.

Sat Sep 19 , 2020
New Zealand’s Minister of Finance, Grant Robertson, came out in support of the country’s lockdown strategy despite the arrival of its first recession in years. The Financial Times reports that New Zealand’s GDP had fallen by 12.2 percent by the end of June, ushering the nation into one of the […] 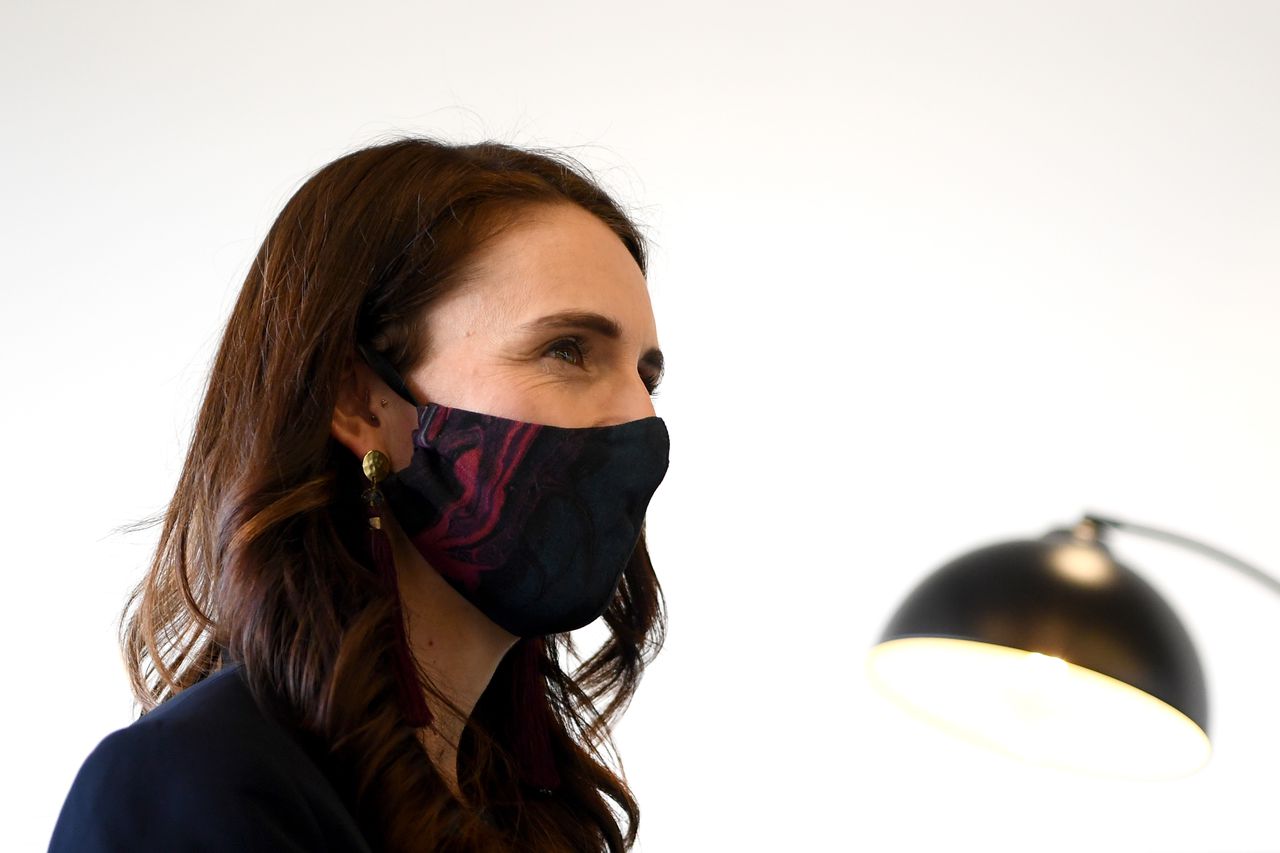