The recovery for U.S. services businesses gained momentum in September, surveys of purchasing managers show, while fresh coronavirus restrictions hurt activity in Europe and Asia. The Institute for Supply Management’s nonmanufacturing index—a survey-based measure of activity in U.S. industries such as travel, health care, restaurants and real estate—rose to 57.8, […]

The Institute for Supply Management’s nonmanufacturing index—a survey-based measure of activity in U.S. industries such as travel, health care, restaurants and real estate—rose to 57.8, up from 56.9 in August. Separately, private data firm

said Monday its U.S. services index came in at 54.6 last month, down slightly from 55.0 in August though still in expansion territory.

Both surveys track the direction—as opposed to the magnitude—of change in business activity, with a reading above 50 indicating expansion, while a level below 50 signals contraction.

Recent global surveys of companies separately found that factories bounced back in September and had largely closed the gap opened by lockdowns many countries employed in the spring to contain the coronavirus pandemic.

Get a coronavirus briefing six days a week, and a weekly Health newsletter once the crisis abates: Sign up here.

However, service providers—travel, hospitality, entertainment and many others—were coming back more slowly, as many consumers, wary of fresh infections and concerned about their jobs and finances, remain at home and cut their spending.

In the U.S., the pickup in demand for services captured in the survey aligned with a brightening outlook among U.S. shoppers, with the two leading indexes of consumer optimism turning up in September.

The U.S. services readings stood out from other recent economic data in the country that signal a slowing pace of recovery. Job gains decelerated sharply in September as once-temporary layoffs became permanent, according to the Labor Department’s latest report. Growth in consumer spending weakened in August, as the boost from federal aid faded.

Still, the pandemic continues to weigh on the services sector, which includes many industries that hinge on in-person interactions. Americans spent 7% less on services in August than a year earlier.

A widespread resurgence in the pandemic slowed the rebound in the services sector in Europe and parts of Asia, according to surveys of purchasing managers. In some countries it led to a fresh decline in activity.

In many rich countries, services make up the majority of economic activity. As a result, the new surveys point to a slowing of the global recovery later this year, after what is expected to have been a strong rebound in the summer.

Many Western economies are expected to post double-digit growth in the third quarter, following the enormous contractions of the spring, but will level off later in the year.

In Europe, Spain has been at the forefront of the second wave of coronavirus infections, and its government has relied on targeted local restrictions to stem contagion rather than the full-blown lockdowns of early 2020 that broke the pandemic’s first wave but also froze the economy.

However, even those more narrowly targeted measures, combined with voluntary actions to avoid infection, have taken a big toll on the country’s key services sector.

Data firm IHS Markit Monday said its manufacturing Purchasing Managers Index for the eurozone’s fourth-largest economy plummeted to 42.4 in September from 47.7 in August.

A reading above 50.0 indicates that activity is increasing, while a reading below points to a decline in activity. The September measure indicates services activity fell at the fastest pace since May, when many of the previous restrictions were still in force.

Italy and France also recorded a decline in services activity, although on a much more modest scale. Germany’s services sector expanded, but only slightly.

“Spain has been especially hard-hit as rising Covid-19 case numbers led to further disruptions to daily life,” said Chris Williamson, IHS Markit’s chief business economist. “Much will depend on whether second waves of virus infections can be controlled, and whether social distancing restrictions can therefore be loosened to allow service sector activity to pick up again.”

Figures also released Monday by the European Union’s statistics agency showed that the currency area’s households were spending freely on goods during August, as retail sales rose by 4.4% from the previous month. But with spending on services still restrained by government restrictions and a wariness of physical proximity, the eurozone’s recovery is in danger of faltering in the final months of the year.

“Any further deterioration of the numbers as we head through the fourth quarter will add further weight to calls for more stimulus,” said Mr. Williamson.

A similar survey released Sunday showed the lifting of restrictions in Australia during September helped activity in the services sector return to growth after a decline in August, a sign of what may be possible in the eurozone if the second wave can be brought under control.

In Japan, the services sector remained weak, with activity still in decline. By contrast, similar surveys to be released later Monday are expected to show that activity in the U.S. services sector continued to grow robustly in September.

As elsewhere in Europe, the U.K. is facing a pickup in new infections and localized restrictions. But it also has a large business services sector that has been relatively unaffected by those new limitations, helping to drive a continuing recovery. The country’s services PMI fell to 56.1 in September from 58.8 in August but remained well above those of most other countries.

Tue Oct 6 , 2020
Credit Suisse has apologized after a black performer reportedly danced on stage dressed as a janitor at a birthday party for the bank’s chairman, Urs Rohner. Tidjane Thiam, the bank’s former chief executive, walked out of the room during the performance, the New York Times reported. Thiam, who resigned in […] 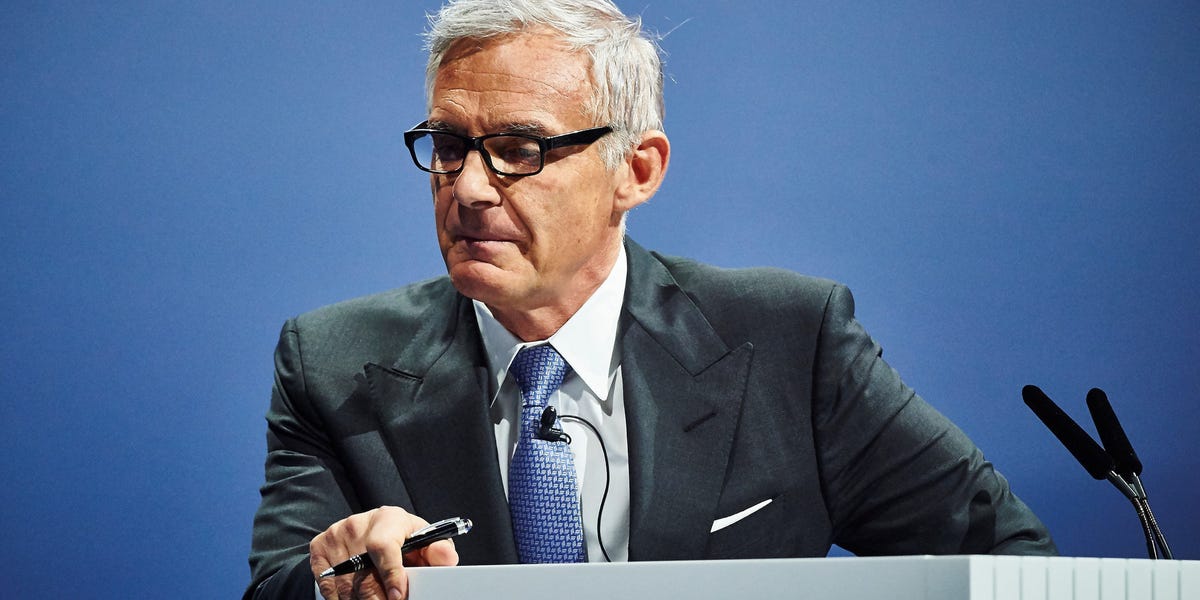