By Gertrude Chavez-Dreyfuss NEW YORK (Reuters) – The dollar slipped on Monday against its major peers, dropping to a two-week low versus the yen, as positive news about a COVID-19 vaccine and a wave of merger and acquisition deals lifted the mood in global equity markets. Investors also looked ahead […]

NEW YORK (Reuters) – The dollar slipped on Monday against its major peers, dropping to a two-week low versus the yen, as positive news about a COVID-19 vaccine and a wave of merger and acquisition deals lifted the mood in global equity markets.

Investors also looked ahead to an event-packed week which includes a Federal Reserve meeting and the appointment of a new Japanese premier.

U.S. stocks rose on Monday on signs of progress in developing a COVID-19 vaccine and a flurry of multibillion-dollar deals, including reports of Oracle <ORCL.N> winning the battle for the U.S. arm of TikTok. <.N>

Drugmaker AstraZeneca <AZN.L> on Monday said it resumed its British clinical trials of its COVID-19 vaccine, one of the most advanced in development, helping kick off a rally in stocks.

“There’s some positive traction on the coronavirus vaccine and that has helped lift the market,” said Amo Sahota, executive director at currency advisory firm Klarity FX in San Francisco.

“Generally I would call it a soft, upbeat day. I don’t know if we have learned anything significantly new today that would give us any indication about trend building. Today it’s a day that’s more supportive of equities, and so the dollar weakens off,” he added.

This week’s Fed Reserve meeting will be its first since Chairman Jerome Powell unveiled a policy shift toward greater tolerance of inflation, effectively pledging to keep interest rates low for longer.

“The updated ‘dot-plot’ is expected to reinforce the message that the current zero-interest-rate policy stance is appropriate through 2023,” said NatWest in its latest research note, a scenario that is negative for the dollar.

Fed officials’ median projection on the number of rate moves is commonly referred to as its “dot-plot.”

The Bank of Japan’s meeting on Thursday is not expected to yield any policy changes but the bank may be quizzed on whether it could follow the Fed’s inflation stance.

On the political front, Chief Cabinet Secretary Yoshihide Suga was picked to head Japan’s ruling party on Monday, meaning on Wednesday in parliament he is set to be selected by his peers as prime minister, taking over from Shinzo Abe.

The single currency had spiked to a one-week high above $1.191 after Thursday’s European Central Bank meeting, before easing back as policymakers talked it down the next day.

Wed Sep 16 , 2020
TipRanks Oppenheimer: 3 Stocks That Could Surge Over 100% From Current Levels So far, September has been a wild ride of ups and downs. Following the recent bout of volatility, stocks have ticked higher again. But as uncertainty regarding another rescue program and the presidential election continues to linger, where […] 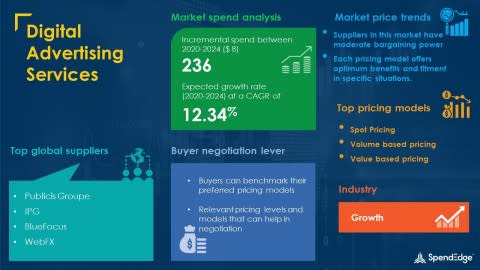