President Donald Trump on Saturday urged the Republican-run Senate to consider “without delay” his upcoming nomination to fill the Supreme Court vacancy created by the death of Justice Ruth Bader Ginsburg just six weeks before the election.

One Republican senator opposing that move was Maine’s Susan Collins, who is in a tough reelection battle. In a statement, Collins said she believed replacing Ginsburg should be the decision of the president who is elected Nov. 3. Three more defections from the GOP ranks would be needed to stop Trump’s nominee from joining the court.

The White House was moving quickly to select a nominee, likely before the first presidential debate 10 days away, for the seat held by Ginsburg, who spent her final years on the bench as the unquestioned leader of the court’s liberal wing.

Senate Majority Leader Mitch McConnell, R-Ky., vowed on Friday night, hours after Ginsburg’s death, to call a vote for Trump’s upcoming nominee. Democrats countered that Republicans should follow the precedent that GOP legislators set in 2016 by refusing to consider a Supreme Court choice in the run-up to an election.

Trump made his view clear in a tweet Saturday: “We were put in this position of power and importance to make decisions for the people who so proudly elected us, the most important of which has long been considered to be the selection of United States Supreme Court Justices. We have this obligation, without delay!”

McConnell pledged to Trump in a phone call Friday night to bring the choice to a vote.

The impending clash over the vacant seat — when to fill it and with whom — scrambles the stretch run of a presidential race for a nation already reeling from the pandemic that has killed nearly 200,000 people, left millions unemployed and heightened partisan tensions and anger.

Trump scheduled a rally Saturday night in North Carolina that could offer a first look at how he works the court vacancy into his campaign pitch.

Trump just last week added 20 more names to his roster of potential court nominees, and aides in recent days have focused on a short list heavy on female candidates, according to four White House aides and officials close to the process. They spoke on condition of anonymity because they were not authorized to publicly discuss private conversations.

The president could announce his choice this coming week and almost certainly before his first debate with Biden on Sept. 29, according to the officials.

Those under close consideration for the high court include three woman who are federal appeals court judges: Amy Coney Barrett, beloved among conservatives and an early favorite; Barbara Lagoa, who is Hispanic and comes from the battleground state of Florida; and Allison Jones Rushing, who clerked for Justice Clarence Thomas and for Neil Gorsuch, when the current Trump-appointed justice was an appeals court judge.

Beyond the idea of replacing Ginsburg with a woman, aides view the selection of a female nominee on the eve of the presidential election as a possible counterweight of sorts to Biden’s choice of California Sen. Kamala Harris as his running mate. Harris would be the nation’s first female vice president.

At least one man, appeals court Judge Amul Thapar, is also under consideration. A McConnell ally from Kentucky, he has been screened by Trump’s team for past openings and he would be the first Asian-American on the high court.

McConnell, who sets the calendar in the Senate and has made judicial appointments his priority, declared unequivocally in a statement that Trump’s nominee would receive a confirmation vote. In 2016, McConnell refused to consider President Barack Obama’s nominee months before the election, eventually preventing a vote on Judge Merrick Garland.

Senate Democratic leader Chuck Schumer of New York convened a conference call with Democratic senators at midday Saturday, according to a person on the private call who was not authorized to discuss it publicly and spoke in condition of anonymity. He told senators the “number one goal” must be to communicate the stakes of the confirmation vote.

Schumer also warned that if Republicans push through the nominee, “nothing is off the table” for Senate rules changes to come, the person said.

The death of Ginsburg, a champion of women’s rights and a pop culture icon, led to a wave of mourning, including an informal memorial at the Supreme Court and a protest outside McConnell’s house. It also seemed certain to stoke enthusiasm in both political parties as the election could now be viewed as referendum on the high court’s decisions, including the future of abortion rights.

Democrats raised more than $50 million in the hours after Ginsburg’s death, showing how the liberal icon’s passing and the contentious nomination fight ahead have already galvanized the party’s base.

A confirmation vote in the Senate is not guaranteed, even with a Republican majority.

McConnell has launched a risky, unprecedented strategy. It could motivate conservative voters to rally behind Trump and GOP senators or it push away moderates who prefer to see the Senate stick to norms or are fearful of a right-leaning court stripping away women’s right to choose an abortion.

Typically, it takes several months to vet and hold hearings on a Supreme Court nominee, and time is short before November. Key senators may be reluctant to cast votes so close to the election. With a slim GOP majority, 53 seats in the 100-member chamber, Trump’s choice could afford to lose only a few.

McConnell did not specify the timing. But trying for confirmation in a lame-duck session after the Nov. 3 election, if Trump had lost to Biden or Republicans had lost the Senate, would carry further political complications.

Democrats immediate denounced McConnell’s move as hypocritical, pointing out that he refused to call hearings for Garland 237 days before the 2016 election. The 2020 election is 46 days away.

The average number of days to confirm a justice, according to the Congressional Research Service, is 69, which would be after the election. But some Republicans quickly noted that Ginsburg was confirmed in just 42 days. Obama waited more than a month to nominate Garland after Justice Antonin Scalia died in February 2016.

A close Trump ally, GOP Sen. Lindsey Graham of South Carolina, chairman of the Senate Judiciary Committee, which would hold hearings on a nominee, reversed his previous position and tweeted that he backed Trump “in any effort to move forward” and fill the vacancy.

Four GOP defections could defeat a nomination, while a tie vote could be broken by Vice President Mike Pence. And there was a sign Saturday of Republican dissent.

Collins issued her statement Saturday. Sens. Lisa Murkowski of Alaska and Mitt Romney of Utah have been critical of Trump and protective of the institution of the Senate.

Some Republicans, including Murkowski and vulnerable Cory Gardner in Colorado, have suggested previously that hearings should wait if a seat were to open. But on Saturday, several key GOP senators in tight races, including Thom Tillis in North Carolina and Kelly Loeffler in Georgia, joined Trump in calling for a swift vote. And because the Arizona Senate race is a special election, that seat could be filled as early as Nov. 30 — which would narrow the window for McConnell if the Democratic candidate, Mark Kelly, hangs onto his lead.

In a note to his GOP colleagues Friday night, McConnell urged them to “keep their powder dry” and not rush to declare a position on whether a Trump nominee should get a vote this year.

McConnell argued that there would be enough time to fill the vacancy and he restated his argument that the 2016 Senate precedent — in which a GOP-held Senate blocked Obama’s election-year nomination — did not establish a rule that applies to the Ginsburg case. Under McConnell, the Senate changed the confirmation rules to allow for a simple majority.

The next pick could shape important decisions beyond abortion rights, including any legal challenges that may stem from the 2020 election. In the interim, if the court were to take cases with eight justices, 4-4 ties would revert the decision to a lower court; for instance, the Affordable Care Act could then be struck down by a lower Texas court. The 2018 hearings on Trump’s second pick, now-Justice Brett Kavanaugh, turned into a bitter partisan battle after sexual assault allegations were made.

Biden has promised to nominate a Black woman to the high court if given the chance. He has said he’s also working on a list of potential nominees, but the campaign has given no indication that it will release names before the election.

How This Entrepreneur Achieved Success in Marketing and Social Media

Sat Sep 19 , 2020
September 17, 2020 4 min read Opinions expressed by Entrepreneur contributors are their own. As the technological evolution advances, social media and digital marketing represent increasing strength a powerful commercial tool that, if properly managed, can lead any entrepreneur in that environment to succeed. However, it is not an easy […] 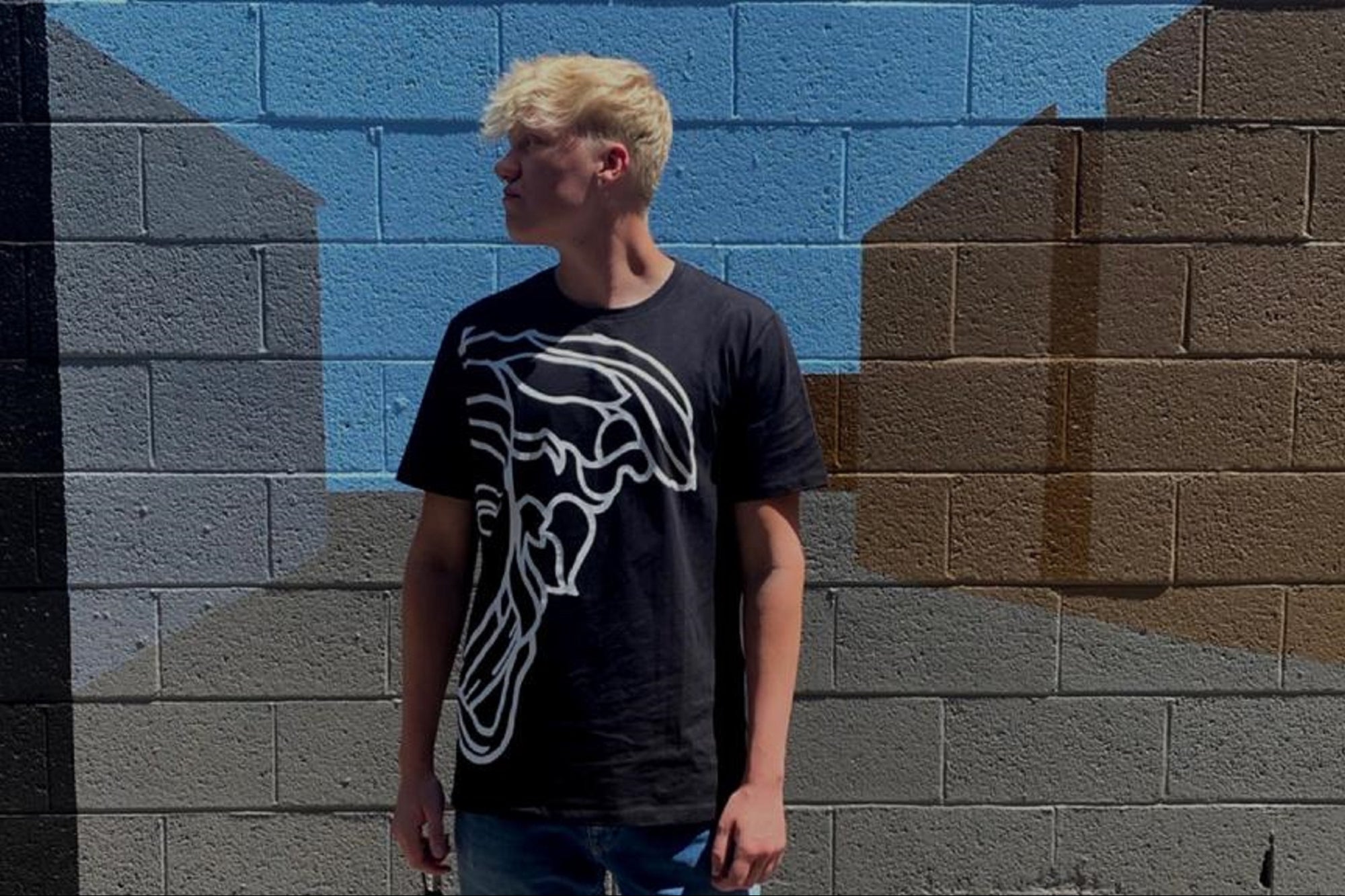