Joe BidenTrump asks campaign to schedule daily events for him until election: report White House pushes to hold next week’s canceled debate Trump hoping to strike last-minute nuclear arms deal with Putin before election: report MORE with a big lead heading into the final weeks before Election Day, accusing pollsters of hiding their methodologies in an effort to make it seem like the president is headed for a big defeat.

Lewandowski said the Trump campaign’s internal polls show a far different race than the one reflected in public polls.

“The enthusiasm in the states are very real,” Lewandowski said.

“Couple that with the endorsements this president is receiving from the law enforcement community, and the increase in the African American vote he’s going to receive this cycle, compared to where he was just four years ago, and it’s becoming mathematically almost impossible for Joe Biden to win this campaign.”

The Trump campaign has often called back to 2016, when few experts gave Trump a shot at winning the White House. They say this is evidence of a media blindspot when it comes to analyzing the polls.

Hillary Diane Rodham ClintonBiden leads Trump by 6 points in Michigan and Nevada, race tied in Iowa: poll Trump trailing in Michigan, Pennsylvania and Wisconsin: poll Older voters helped put Trump in office; they will help take him out MORE led in most polls of the battleground states heading into Election Day. There were hardly any polls showing Trump ahead of Clinton in Michigan, Wisconsin or Pennsylvania, which he narrowly won. The FiveThirtyEight model gave Trump only about a 30 percent chance of winning, while other models gave him a far lesser chance.

But Biden’s lead, nationally and in a number of key battleground states, eclipses Clinton’s.

Biden leads Trump by 10.6 points nationally in the RealClearPolitics average of national polls, more than double Clinton’s advantage at this point in the race. Clinton entered Election Day ahead by 3.2 points nationally. At the moment, the FiveThirtyEight model gives Trump about a 15 percent chance of winning, although that could change with just over three weeks to go before the election.

Biden has also been growing his lead in Wisconsin, Michigan and Pennsylvania and the race looks like a toss-up in several other states that Trump won easily, including Iowa, Ohio, Georgia and Texas.

Biden is viewed far more favorably than Clinton was. In 2016, independents, seniors, suburban voters and voters who disliked both candidates all broke late for Trump. In 2020, polls show those groups breaking heavily for Biden.

The Trump campaign says it has a superior ground game than the Biden campaign and says it has been registering scores of new Republican voters in the battleground states.

Mon Oct 12 , 2020
Qdoba Mexican Eats has named Jeannie Cho, a former PepsiCo marketing executive, as the fast-casual chain’s new chief marketing officer. The San Diego-based company made the announcement Monday. While at PepsiCo, Cho worked for different brands including Frito-Lay, where she served as vice president of marketing. She also worked as […] 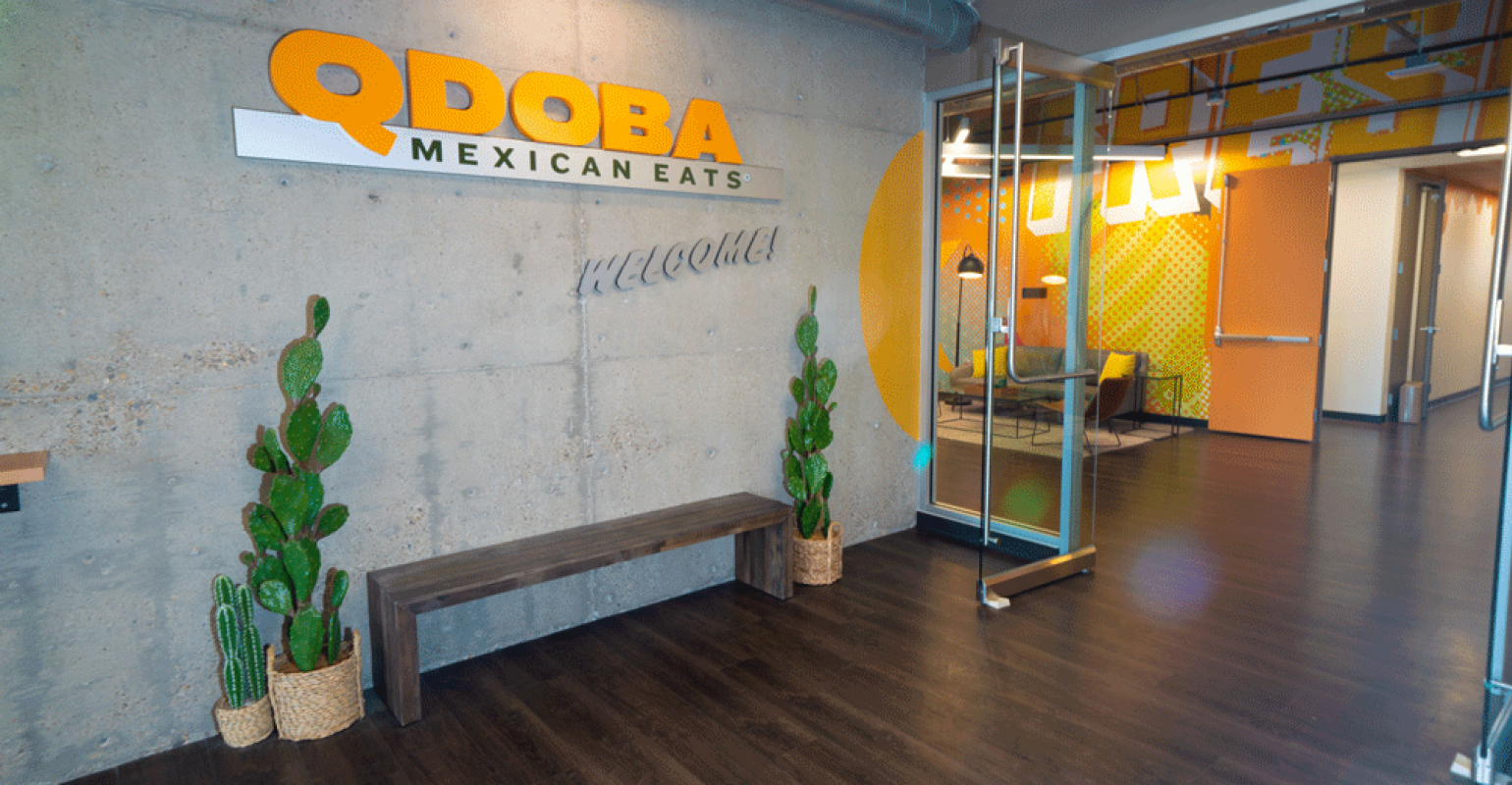