Policies and procedures have been reviewed and “beefed up” following discovery of the theft of more than a quarter of a million dollars by the former office manager of the city’s Hobart Arena, Troy Mayor Robin Oda said. © Provided by Dayton Daily News The finishing touches are being placed […]

Policies and procedures have been reviewed and “beefed up” following discovery of the theft of more than a quarter of a million dollars by the former office manager of the city’s Hobart Arena, Troy Mayor Robin Oda said.

© Provided by Dayton Daily News
The finishing touches are being placed on the nearly $10 million renovation/expansion project at Troy’s Hobart Arena. The venue has hosted many events in its 67 years ranging from high school graduations to performances by world known acts. CONTRIBUTED


“While it is unfortunate that this happens to any business, it is especially egregious when it involves taxpayer monies. We welcome the opportunity to review our processes and to close any loopholes that would have allowed this to happen,” Oda said in a written statement following the conviction of Cheryl Terry.

Terry, 60, pleaded guilty Sept. 16 to theft in office, admitting to stealing cash from the arena and agreeing as part of a plea deal to pay $267,000 restitution.

The charge filed in Miami County Common Pleas Court said the thefts occurred between Jan. 1, 2017, and May 1. Terry could face up to three years in prison and a $10,000 fine at sentencing Oct. 26. There was no recommended sentence mentioned in court or in the plea form included in court records.

Terry told Troy police detectives she was “financially strapped” and believed she was passed over for raises received by other employees but was given more work.

Account irregularities were discovered at the arena earlier this year, said Martin Hobart, a Troy resident who chairs the city recreation board that oversees the arena.

Today, new checks and balances are in use with staff working with the auditor’s office to monitor revenues and prompt deposit of funds, he said.

“Cheryl was a trusted employee of the Recreation Department. for 20 years and had a 27-year career with the City of Troy and she abused that trust in the past two to three years,” Hobart said.

He and the recreation board thanked the police, auditor’s office and recreation director Ken Siler for diligence in investigating the theft, Hobart said, adding, “The City of Troy will never tolerate the theft of funds and we do have the proper checks and balances in place.”

A review of Terry’s city personnel record showed she first worked for the city auditor’s office from 1977 to early 1986 before resigning but then returning to work at Hobart Arena in 2000. She was promoted to office manager in 2001 and retired suddenly May 4.

In the resignation, Terry said it was with “sincere sorrow” that she was retiring immediately due to personal reasons. Her most recent job evaluation dated in early 2017 said her performance “far exceeds” requirements.

Is Embedded Finance the Future?

Tue Sep 22 , 2020
Embedded finance is financial services on the customer’s terms, from anywhere and at any time. They no longer need to visit their bank to get access to their money. In some cases, embedded finance (and more specifically embedded banking) eliminates the traditional bank entirely. Some companies are stepping in to […] 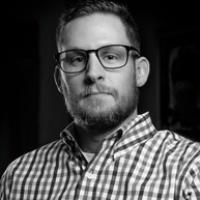