Short Term stock market levels to time risk trends GBPJPY bigger top in the making? Monitor USDMXN for support at slightly lower levels Subscribe to Jamie Saettele’s distribution list in order to receive FX trading strategy delivered to your inbox. Jamie is the author of Sentiment in the Forex Market. […]

Jamie is the author of Sentiment in the Forex Market. 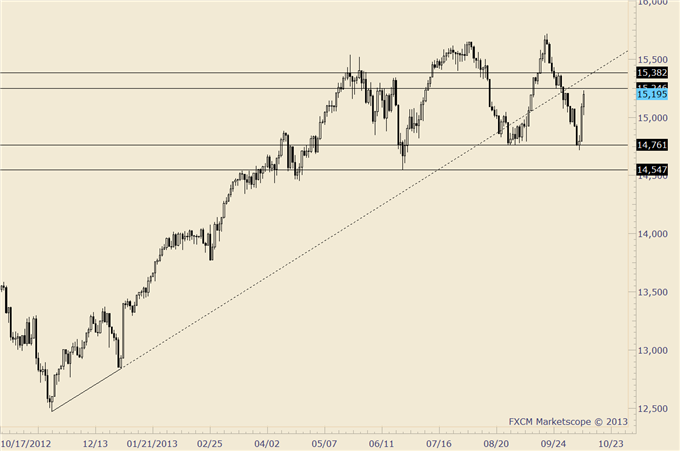 -Sideways action since May is either a topping formation or consolidation before a fantastic ‘blowoff’ that ultimately ends in tears. 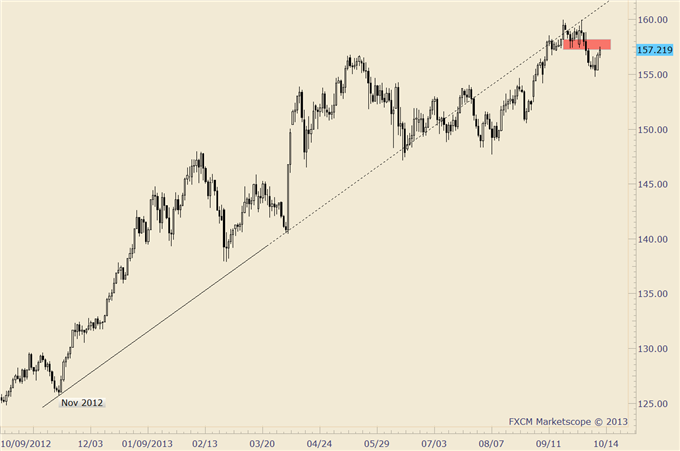 -The line that originates at the November 2012 low came into play as resistance at the 10/1 high.

-The decline from the 10/1 high is impulsive (5 waves). While the drop may could constitute a flat, it would be silly not to consider the alternative given the reaction at the underside of the mentioned trendline and early month high.

-GBPJPY broke below support (red rectangle on chart) on 10/3. Price has advanced in recent days to challenge the level as resistance. So far, that level is holding. 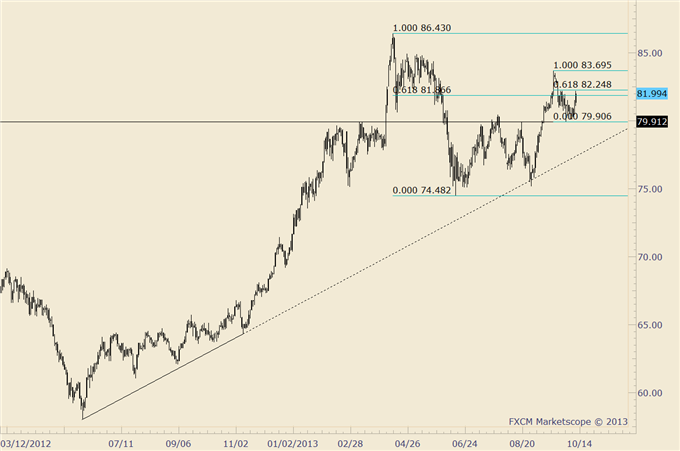 -The line that originates from the June 2012 low defines the long term trend but the trend since April is sideways.

Trading Strategy: Exited longs Friday. This market ends the week at resistance but the near term picture is too uncertain to take a near term view. Support is 81.15/50 and resistance is 82.60-83.05. If the market reaches these levels, then I may take action. 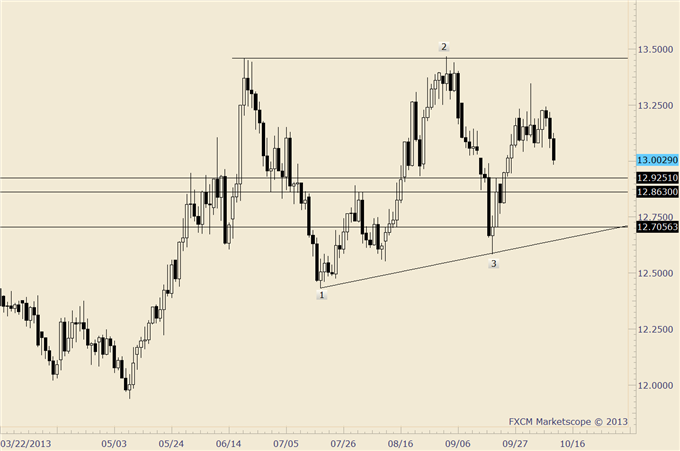 –“USDMXN has been trading in a broad range since the June high. The pattern may take the form of a 3 point ascending triangle. Such patterns have the ability to produce intense bullish market moves.”

Trading Strategy: Monitoring this market for support at lower levels. The break of the recent range portends a move towards 12.85. Stay tuned. 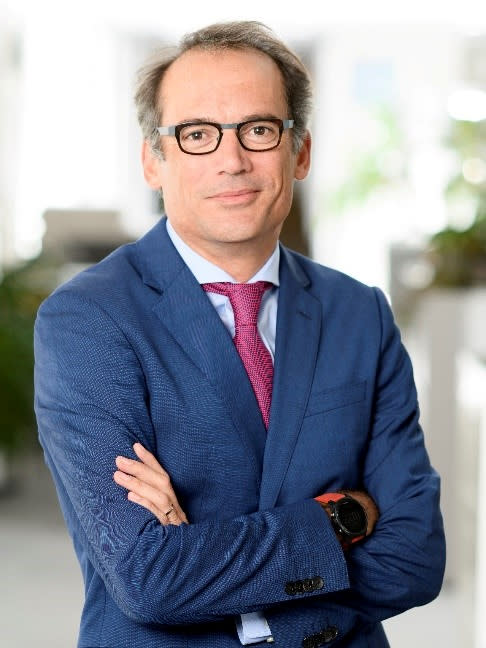