Has anything ever caused a faster transformation in our practices of living than social media? Fifteen years ago, it barely existed; today, it occupies a large portion of the waking consciousness of a few billion people. It has touched all aspects of life: for many people, their most intimate conceptions […]

Has anything ever caused a faster transformation in our practices of living than social media? Fifteen years ago, it barely existed; today, it occupies a large portion of the waking consciousness of a few billion people. It has touched all aspects of life: for many people, their most intimate conceptions of themselves, their relations to other people, their political commitments, and their sexuality – as well as their basic livelihoods – are now tangled up in the loose cluster of phenomena known as Web 2.0.

“In the destructive element immerse,” urged Joseph Conrad in 1900. My new novel, Viral, plunges into the world of social media’s makers, at a decadent mid-stage in its short history: the moment in the mid-2010s when the possibilities of social as a vast advertising platform started to be harnessed in a new way. Before that, the platforms tried to downplay the fact that they were advertising companies; the marketing happened in the gaps between the user content, just an annoying sidebar. Now there is no division: the user content is the marketing content, and “social-first” is a far more powerful tool for brand promotion than traditional advertising. In Viral, I imagine a crew of half-credulous, half-cynical, mainly British ex-pats in Berlin in 2015, riding the first wave of social media marketing, and finding that it leads them into unexpected waters.

The 10 books I’ve chosen here trace the development of social media across the last decade, explore its effects in everyday life, and place it in its wider context. They share a sense of its enormous dynamism and power, as well as its vertiginous capacity for harm.

1. Trick Mirror by Jia Tolentino
Tolentino’s essay The I in the Internet, the first chapter in Trick Mirror, is perhaps the most important single text on life as a user of social media, as it tracks the slow souring of the dream of total connectivity within her lifetime. She locates 2012 as the moment when the balance shifted: “Where we had once been free to be ourselves online, we were now chained to ourselves online.” While Tolentino acknowledges the valuable things that have been enabled by social media – including the #MeToo movement, and her own career as a writer after a decade of marketising her selfhood – her conclusions about its future are pessimistic, since Web 2.0 is “governed by incentives that make it impossible to be a full person while interacting with it”.

2. The Twittering Machine by Richard Seymour
Seymour is wide-ranging in his analysis of the destructive effects of the “social industry” on personal and political life. He shows how the “variable rewards” of social media alerts are geared to perpetuate addictive and depressive cycles of engagement; how the imperative to think of yourself as a micro-celebrity, with a personal brand that constantly needs to be maintained and is always in danger of trashing, has poisoned private life; how the attention economy incentivises trolling and reactionary politics; and how the “degradation of information” perpetuated by social media outruns even liberal diagnoses of Trumpian “fake news”. By the end, if you weren’t already, you will be on the verge of deleting your Twitter account. And yet Seymour himself is still on there, professionally compelled as a freelance writer to plug into the machine …

3. The Age of Surveillance Capitalism by Shoshana Zuboff
If Seymour doesn’t convince you to delete, Zuboff just might. Her study of how private experience has been colonised by data-harvesting tech firms (not just social media platforms but also Google), expropriating and monetising every aspect of our thoughts, choices and bodily lives, reveals how easily we as citizens have connived at the process.

4. The Circle by Dave Eggers
“Secrets are lies”, “Sharing is caring” and “Privacy is theft” run the mantras of The Circle, the Facebook-like corporation in Eggers’ dystopian novel, intuiting the erosion of private human experience that Zuboff would later analyse. Protagonist Mia begins the novel as a newbie struggling with the total participation demanded by the company, and ends up going fully “transparent”, relaying all of her experience on to the internet in real time.

Short of political understanding … a still from the movie The Social Network (2010). Photograph: Everett/Rex Feature

5. The Accidental Billionaires by Ben Mezrich
It all seemed to start so innocently. Mezrich’s work of racy narrative journalism, on which the movie The Social Network was based, frames Facebook’s founding as the story of a few enterprising and status-hungry dorks with some vague ideas about moving social life online. What rings true about the book 11 years on is the sense that the new plutocrats who run the social industries never had, and still don’t have, any persuasive or even interesting political understanding, despite being among the most politically influential people alive today.

6. Tweets and the Streets by Paolo Gerbaudo
For all its downsides, social media has undoubtedly broken down traditional barriers to publication for people of marginal or dissident views, and given social movements new, unregulated ways of spreading. Gerbaudo’s book is a report from the moment of maximum optimism about these possibilities – 2011, Time magazine’s “year of the protester”. Activism and social media use seemed fluently synchronised, as the Arab Spring, the indignados in Spain, and the worldwide Occupy movement looked set to make a permanent dent in the neoliberal world order. Almost a decade on, the revolutionary potential of social media seems overrated – perhaps its most effective exploiters were Islamic State in 2014–15. Still, Garbaudo’s book and his subsequent work on digital activism are essential guides to our shifting, volatile political moment.

7. Crudo by Olivia Laing
“None of it was funny, or maybe it all was,” writes Laing’s autofictional protagonist, looking at Twitter in the summer of 2017. Crudo is a remarkable experiment in writing to the moment and it captures the flattening effect by which the contents of one’s social timeline are folded into daily experience. The outrages of the Trump presidency, environmental catastrophes, and petty internet squabbles and jealousies all have the same status in the weirdly becalmed life of the social media user – and Crudo, as its title suggests, serves them up raw.

8. Sympathy by Olivia Sudjic
Where Crudo – or my novels, for that matter – reflect the experience of internet immigrants, who only started to go online in early adulthood, Sympathy is perhaps the first mature literary novel written from an internet-native perspective. Sudjic’s tale of Instagram obsession is as dreamlike in its form, associative and tunnel-visioned as a trip down a social-media rabbit hole.

9. Taipei by Tao Lin
Cultural theorist Mark Fisher coined the phrase “depressive hedonia” to describe the state in which many young people now live, caught in a perpetual loop of joyless stimulation. Lin’s third novel both describes this state and mimics it for the reader, as its action listlessly moves from messing around on social media to taking prescription drugs and back again, managing to be at once richly boring and numbingly compelling.

10. Platform Capitalism by Nick Srnicek
One for the eggheads. It would be easy to think of social media companies as unique phenomena thrown up by accident in the 21st century. Srnicek’s economic history of digital technology puts the emergence of platform capitalism – the rise of companies such as Facebook, Twitter, Uber and Airbnb, which own few assets and produce nothing, but rather provide platforms on which others operate – into context within the history of capitalist production, as a response to the slow decline in manufacturing profitability over the last few decades.

Thu Oct 1 , 2020
A state panel on Wednesday ousted Hennepin County chief public defender Mary Moriarty.  The Board of Public Defense voted 5-2 against re-appointing Moriarty to the post that she’s held since 2014. Last year, the board put Moriarty on paid leave and later gave her a letter of reprimand. That followed […] 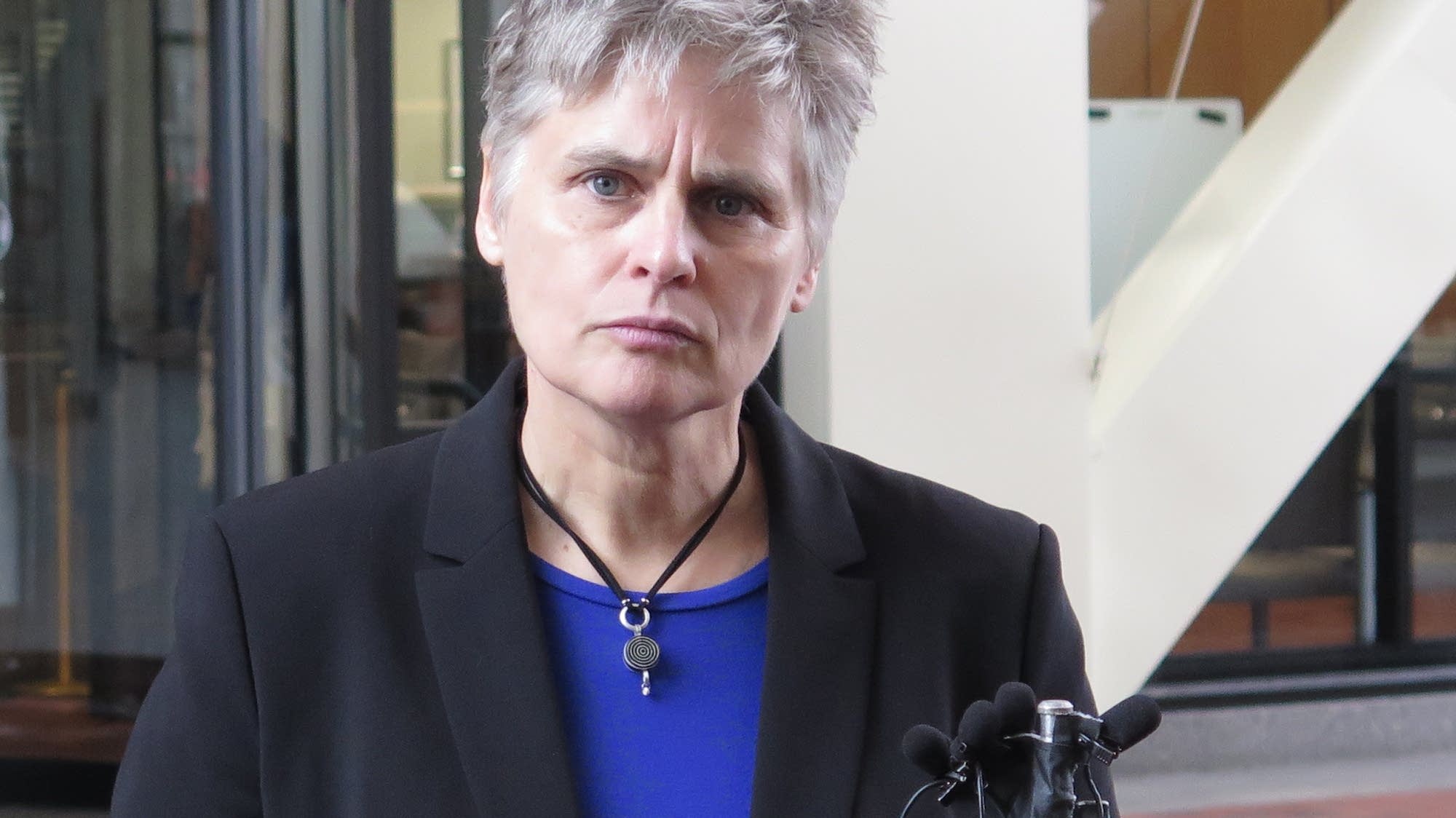