A 2016 Forester Research report found that the federal government had a “near monopoly on the worst experiences.” By 2019, the company’s Customer Experience Index survey showed that Americans’ experiences with federal services “remains weak and uneven,” even though the White House requires federal agencies to provide a “modern, streamlined, […]

A 2016 Forester Research report found that the federal government had a “near monopoly on the worst experiences.” By 2019, the company’s Customer Experience Index survey showed that Americans’ experiences with federal services “remains weak and uneven,” even though the White House requires federal agencies to provide a “modern, streamlined, and responsive customer experience across government, comparable to leading private sector organizations.”

There are positive signs though. In June, the Veterans Affairs Department reported that veterans’ trust in the VA reached 80 percent in April – a 19 percent increase since January 2017. This increase is significant, as the VA is one of the largest federal agencies and its reputation was seriously damaged after a 2014 scandal about hospital wait times. Since then, it created its Veterans Experience Office which promoted greater integration within VA of various services the department provides to veterans as well as a major effort to improve veterans’ experiences with VA. Just last year, VA formally codified “customer experience” as a core organizational value. The General Services Administration’s Office of Customer Experience is helping share these kinds of initiatives, as well.

Concerted federal efforts to improve customer service reach back to 1993, when improvements were touted as a key element to reinventing the federal government. In fact, one of the first presidential executive orders issued to implement the reinvention agenda was about improving customer service. The early focus was to get federal agencies to set customer service standards and post them publicly. This was inspired by the British “Citizen Charter” initiative when the U.K. set out to improve customer service. This was followed several years later by a shift from standard setting to customer satisfaction surveys and a visible campaign to reach out to citizens about their experiences with government. There was also a shift from attempting govermentwide improvements to a focus on a smaller subset of agencies that have the most interaction with the public.

Improving customer service took a back seat for several years during the George W. Bush administration but was resurrected as a priority in the Obama administration, which designated “customer experience” as a cross-agency priority goal. Both of the last two administrations have focused on high-visibility government services as the focal points for improvement.

The 1993 reinventing government initiative’s initial report to President Bill Clinton recommended improving services to the public, with the vision of “a government where services are customer-driven” and “judged based on the public’s expectations.” Within days after the report was delivered, Clinton signed an executive order stating: “The standard of quality for services provided to the public shall be: Customer service equal to the best in business.” The directive required agencies to develop plans, standards, and surveys and its implementation was led by Bob Stone, Greg Woods and Candy Kane on the reinventing government team.

Since the use of surveys of the public is governed by clearance requirements with the Office of Management and Budget under the Paperwork Reduction Act, the initial emphasis was on setting customer service standards within each agency. The reinventing government team compiled agency responses into the first inventory of customer service standards across the government in early 1994 that would be publicly posted in each agency: “This report presents more than 1,500 customer service standards, representing commitments from more than 100 federal agencies. This is the first time most of these agencies have set standards.” For example, the U.S. Postal Service committed to a standard of no one having to wait in line for more than five minutes.

The following year, a presidential memo was issued to step up agency attention to this effort. This memo stated: “Agencies shall, on an ongoing basis, measure results achieved against the customer service standards and report those results to customers at least annually.” These reports were integrated into agency annual reports to the president and Congress on their overall performance. By 1997, 570 federal organizations had committed to more than 4,000 standards. A status report highlighted dozens of examples of improved customer service.

From Standards to Surveys

Standards were a start, but to be effective, agencies had to find ways to get feedback from their customers. The reinventing government team worked with the Office of Management and Budget to develop a generic clearance for a customer survey instrument that could be used by all agencies so they would not have to get OMB clearance on each survey. This led to the widespread use of the American Customer Satisfaction Index, developed by the University of Michigan. That index is still used by agencies today and ACSI publicly reports trends overall for government as well as for specific agencies.

A Focus on Key Agencies

The reinventing government effort shifted its strategy on customer service again in 1998. It decided to focus efforts on the 32 “high impact” agencies that had 90 percent of the government’s interaction with the public – such as the Park Service, the IRS, and the Passport Office. Vice President Al Gore, who led the president’s reinvention efforts, challenged these agencies to deliver specific results by September 2000. President Clinton reinforced this new initiative, directing agency leaders to visit their customers across the country during the course of the coming year and have conversations with them to learn first hand what their service experiences have been, and how they could improve.

By 2000, 80 percent of agency managers saw service goals aimed at meeting customer expectations, up from 36 percent in 1992. Also, 30 agencies were measuring satisfaction with their services via the ACSI which compared government services with the private sector. It found the gap was close and narrowed between 1999 and 2000.

A Shift from Service to Experience

The White House emphasis on improving customer service paused during the Bush administration and resumed in 2011 under President Obama with an executive order requiring each agency to develop “a Customer Service Plan to address how the agency will provide services in a manner that seeks to streamline service delivery and improve the experience of its customers.” To implement this effort, OMB directed each agency to identify one “signature effort” and appoint a senior official to lead their efforts. Michael Messinger, an alumni from the reinventing government effort in the 1990s helped push this forward. In 2014, the Government Accountability Office assessed progress in five agencies and recommended that they “implement formal feedback mechanisms to improve customer service.”

In 2016, OMB’s Lisa Danzig championed the designation of customer experience as one of a small handful of “cross-agency priority goals.” The shift in emphasis from “service” to “experience” harkened back to the original reinventing government principle of looking at services from the customers’ perspective, not just the specific transaction, such as issuing a passport. OMB also shifted emphasis from a governmentwide focus to a smaller set of “high impact service providers,” much like the reinventing government initiative had done in its later years. OMB also created a cross-agency “core federal services” council to lead the effort. The emphasis was on improving specific services, not on the agencies providing the services. The effort also included a customer service award to individuals or teams in agencies that demonstrated exemplary customer service.

This initiative carried over to the current administration as a cross-agency priority goal, which is co-led by Pamela Powers, the acting deputy secretary of the Department of Veterans Affairs, OMB, Matt Cutts, the head of the U.S. Digital Service, and OMB’s Dustin Brown. The current emphasis is on improving the digital experiences of the customers of 26 high impact service providers, such as FHA home loans, the issuance of patents, and the delivery of veterans benefits. The current initiative has developed a wealth of tools that reflect proven private industry best practices such as the use of journey maps, human-centered design, and real-time service measures.

The evolution of approaches toward improving Americans’ interaction with government services over the past three decades has led to a rich trove of resources and capacity that agencies can draw upon. For example, the General Service Administration has created an Office of Customer Experience and a Center of Excellence to help agencies develop their customer experience strategies. Likewise, the U.S. Digital Service has developed an online toolkit for agencies to use.

Still, the success of any customer service improvement lies with agency leadership and attention, and a shift in the operating culture on the front lines of service delivery in an agency.  That’s what the VA has demonstrated with its multi-year effort, which serves as a potential model for other agencies to emulate.

This post is part of a series developed by the IBM Center for The Business of Government that reflects on lessons from past government reform efforts. Listen to the podcast discussion here.

Tue Sep 15 , 2020
Take a hard look at long-term care insurance and the possibility of it lapsing. getty In a previous post, I shared my father Rusty’s experience with long-term care (LTC) insurance. He purchased a policy when he was almost 65 years old. Ten years later, he was diagnosed with prostate cancer. Sometime […] 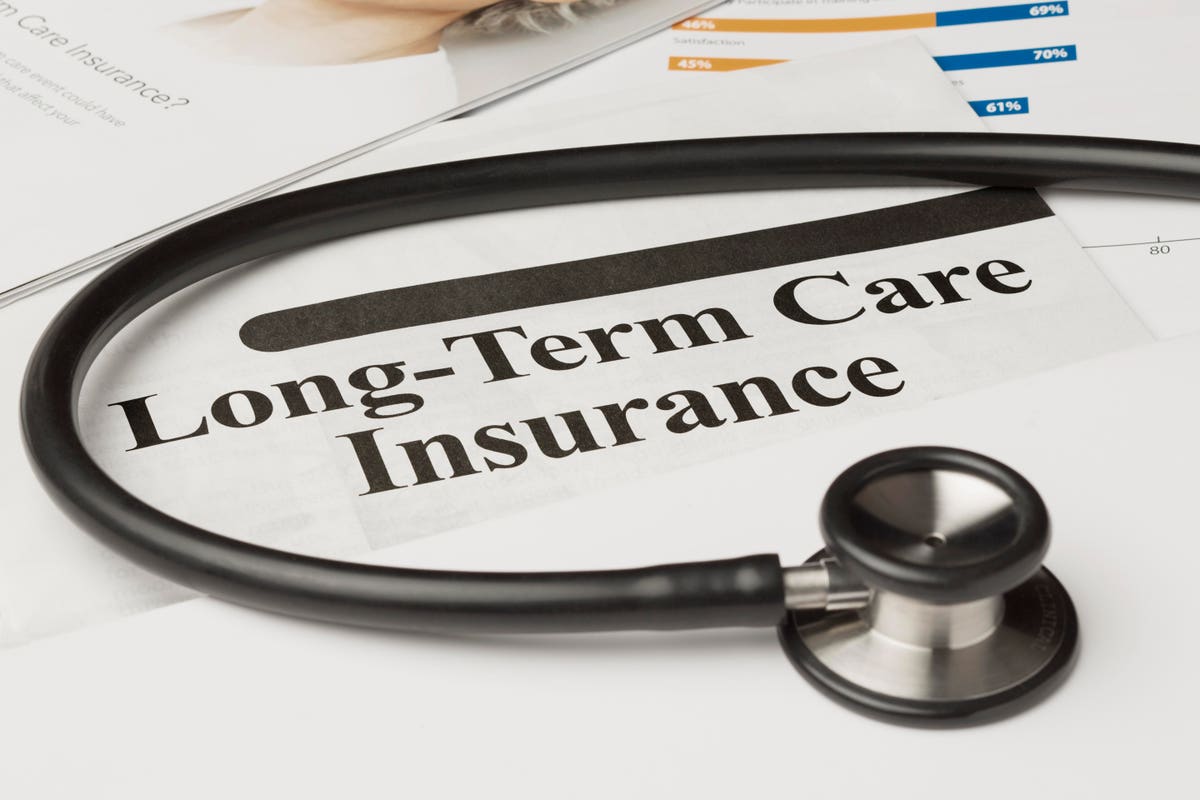