In 2021, the United States and the nations of Europe will face challenges that threaten their way of life: a catastrophic pandemic, a deep economic recession, accelerating climate change, a rising China, growing technological competition, and emerging security threats. These challenges test our ability to deliver on our promise to […]

In 2021, the United States and the nations of Europe will face challenges that threaten their way of life: a catastrophic pandemic, a deep economic recession, accelerating climate change, a rising China, growing technological competition, and emerging security threats.

These challenges test our ability to deliver on our promise to safeguard and enhance the lives of our people. They confront the transatlantic community at a time when many citizens on both sides of the Atlantic continue to question whether their governments are able to deliver for them. These are issues that transcend national borders. They cannot be successfully dealt with alone. They can only be resolved through concerted, cooperative international action.

This Transatlantic Task Force report recommends concrete policy initiatives the United States and Europe can take together to manage our pressing shared problems. We make these recommendations, not because they will be easy to implement, but because they represent practical options to help address the key challenges we face.

Political change is underway on both sides of the Atlantic. In 2021, the United States may have a new president. The United Kingdom will formally leave the European single market, complicating transatlantic relations. And Germany will hold a national election and have new leadership by the fall.

But the ability of Europe and the United States to work together in the face of shared challenges faces an even more daunting test: public disenchantment with each other.  Many Europeans, disillusioned with the United States and its leadership, desire greater economic, technological, and military autonomy.  In the United States, supporters of President Donald Trump share his view that the United States has long been taken advantage of by its European allies.

“In the face of existential challenges, neither the United States nor its European partners can effectively act alone.”

The transatlantic relationship has weathered storms in the past. For more than seven decades, Europe and the United States have stood side by side in the face of threats to their wellbeing: during the Cold War, following 9/11, and once more in the aftermath of the 2009-2010 financial crisis. Our successful cooperation has been based on common interests and a shared set of democratic values that have led to greater security and prosperity for our people. But past performance is no assurance of future success.

In the face of existential challenges, such as climate change, pandemics, and competition from China, neither the United States nor its European partners can effectively act alone. Rather, these problems offer us an opportunity to find new ways to work together to build a better future for our people and the world. Our publics support such cooperative effort. Roughly six-in-ten Americans and Europeans believe that when dealing with major international issues their nation should take into account other countries’ interests, even if it means making compromises. In so doing, we can set an example for the world, laying the foundation for much broader cooperation among like-minded democracies that ultimately will be necessary to cope with what today are truly global challenges. In the process, we can transform the transatlantic relationship, assert U.S.-European leadership, affirm our citizens’ faith in our democratic values and each other, and demonstrate the ability of our democratic institutions to solve their people’s problems.

“Meeting these new challenges will take an effort on the scale and duration of past alliance solidarity.”

We understand that some of the initiatives we propose lack bipartisan support in the United States and may not be embraced by the next administration. Nor will they appeal to all Europeans. But several of them build on ideas and efforts already proposed by U.S. President Donald Trump, former U.S. Vice President Joe Biden and some European leaders. None of them are a one-year exercise. Meeting these new challenges will take an effort on the scale and duration of past alliance solidarity. The problems are clear, and their shared nature is self-evident. Now is not the time for more reflection and muddling through. Both sides of the Atlantic are facing very real threats to our way of life and concrete action is required to deal with these issues and preserve the democratic order that Americans and Europeans built together over the past seven decades.

The following recommendations reflect the deliberations of the co-chairs and the 14 American and European task force members, supplemented by interviews by the executive director with more than 150 European and American experts from diverse fields and countries. They are the sole responsibility of the executive director and the co-chairs; individual recommendations do not necessarily reflect the views of all task force members nor those who were interviewed, who are listed in the appendix.

• Ensure Equitable Access to Pandemic Treatment: Build on efforts led by the World Health Organization and others to ensure equitable access to pandemic vaccines and therapies, including the creation of a Global Fund to Fight Pandemics, to finance research, production, and large-scale, rapid distribution of treatments for COVID-19 and future pandemics, especially in the developing world.

• Coordinate Economic Recovery Efforts: Focus new investment on a green recovery, avoid a premature withdrawal of economic stimulus, coordinate stimulus reductions and the unwinding of government positions in companies to avoid competitive frictions, deepen anti-trust policy cooperation, and coordinate the screening of foreign investment based on a shared understanding of what degree of government subsidy of foreign investors is permissible.

• Create Green and Blue Supply Chains: Negotiate a medical and environmental products trade agreement to address the twin crises of our time—the coronavirus pandemic and climate change—by limiting transatlantic export restraints and tariffs on medical supplies and equipment, and by removing barriers to trade in environmental goods and services to create more diverse and resilient supply chains open to all WTO members that have acceded to the commitments of this agreement.

• Create a Vice-Presidential-Level Transatlantic Working Group on China: Form a permanent transatlantic body, chaired by the U.S. vice president and comparable officials in the European Union and European countries, to drive sharing intelligence, planning, and preparedness for the common economic, political, and strategic challenges posed by China.

• Emphasize Defense Modernization: The United States should commit to maintaining a robust military presence in Europe. NATO allies should invest in the capabilities and modernization necessary for meeting all threats to their future security, coordinating defense expenditures, and integrating defense procurement to the greatest extent possible in light of forthcoming pressures on defense budgets.

• Relaunch Arms Control: The United States and its NATO partners should work with Russia to extend the New Start nuclear arms reduction treaty until 2026, rejoin the Open Skies Agreement, and engage Russia in talks about non-strategic nuclear weapons and nuclear-capable missiles.

Wed Oct 7 , 2020
Our Reporter The Group Managing Director/Chief Executive Officer, United Bank for Africa Plc Kennedy Uzoka, has said that excellent service delivery is a key ingredient towards ensuring customer satisfaction. The GMD said this in a message to mark the commemoration of this year’s Customer Service Week. He thanked the staff […] 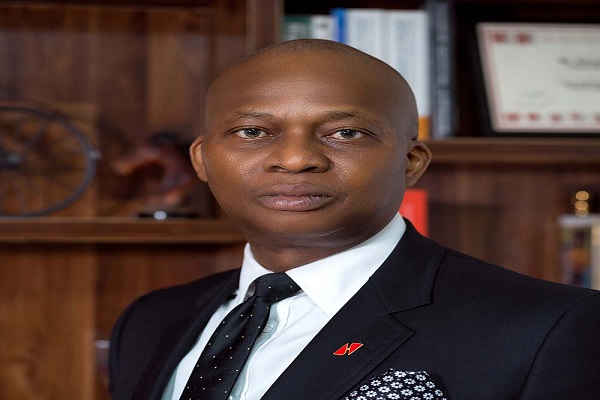