TikTok’s parent company ByteDance has agreed to a deal that would make the social media app a global company based in the United States, with the American software giant Oracle taking responsibility for its U.S. operations and user data, according to two people familiar with the arrangement who were not […]

TikTok’s parent company ByteDance has agreed to a deal that would make the social media app a global company based in the United States, with the American software giant Oracle taking responsibility for its U.S. operations and user data, according to two people familiar with the arrangement who were not authorized to speak publicly.

The deal, which still needs the approval of President Donald Trump and Chinese authorities, would be a compromise between Trump’s calls for an outright sale and China’s efforts to protect one of its most globally successful tech companies — and end months of back-and-forth over the future of the app.

ByteDance, based in Beijing, will retain its majority ownership of TikTok but give up operational control of the app in the U.S., according to the two sources.

The U.S. division of the company will install a board of directors, with the unusual stipulation that the U.S. government approve all members of the TikTok U.S. board, the sources said. The board would also include an independent security director with national security credentials and voting power.

The division’s parent company, TikTok Global, would plan to file for an initial public offering in the United States within a year, a source familiar with the matter said.

TikTok rose in the last few years from an obscure lip-syncing app formerly called Musical.ly to become one of the most popular social media platforms in the U.S. The company said in August that it has about 100 million monthly U.S. users.

Get breaking news and insider analysis on the rapidly changing world of media and technology right to your inbox.

That success caused concern among some government officials including Trump who have said that the app could siphon U.S. user data to China, where it could be used as part of its espionage operations. Security experts have agreed with that assessment but noted that data security is an issue that extends well beyond TikTok.

Oracle did not respond to a request for comment. A TikTok spokesperson said the company would not comment on rumors or speculation.

Late Wednesday night, the Department of the Treasury sent ByteDance revisions to its proposal intended to satisfy its national security concerns, the people close to the deal said.

ByteDance largely agreed to those revisions, one person familiar with the situation said. The deal would also give Oracle a minority stake in the company.

The proposed security director would lead a security committee made up of only U.S. citizens, who also must be approved by the government, the sources said. Their responsibility would be protecting TikTok’s security as it relates to national security, data privacy and cybersecurity.

It’s not clear whether such an arrangement will appease U.S. security concerns, but it falls well short of Trump’s original demand for an outright sale of TikTok’s U.S. assets to an U.S. company.

Under the proposal, ByteDance and thus China would maintain full control of the app’s source code — the software that has made TikTok so successful in the U.S. and globally.

Oracle would be entitled to review the source code to ensure there is no backdoor for the Chinese government or nonapproved employees to access user data, and could monitor data flows.

Even then, many U.S. officials, Republican lawmakers and others have expressed concern about such a deal.

On Wednesday, Senate Republicans issued a statement saying they have “significant concerns” with the deal, which they say is “insufficient in achieving the goals of protecting Americans and U.S. interests.”

The ultimate decision is up to Trump, who said Wednesday that he was “conceptually” opposed to any deal that would leave ByteDance with majority ownership of TikTok.

Jo Ling Kent is the business and technology correspondent for NBC News.

Dylan Byers is a senior media reporter for NBC News based in Los Angeles.

Fri Sep 18 , 2020
Facebook, Google and other tech platforms should stop allowing advertisements to be targeted at teenagers, said a group of leading academics, lawyers and privacy campaigners in the UK. In an open letter, the group said that profiling teenagers in order to sell them products both breaches their right to privacy […] 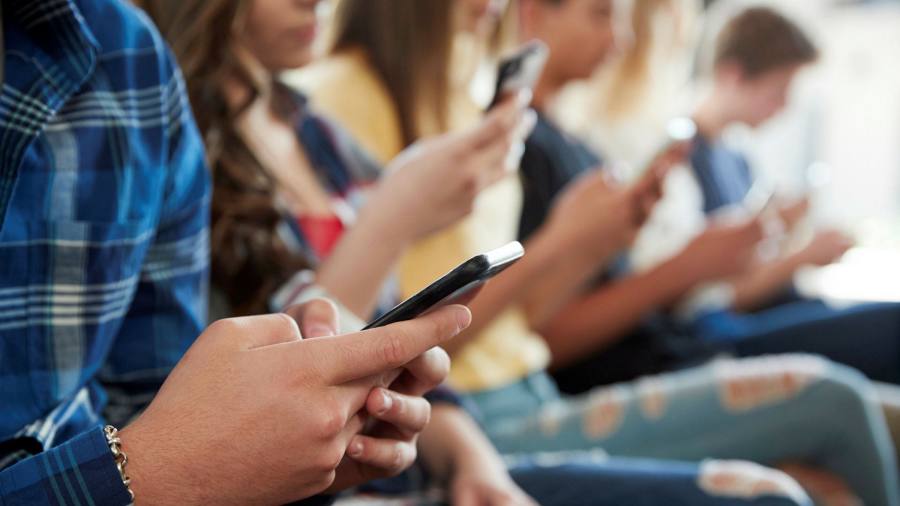