Drew Angerer/Getty Images Despite the stock market’s resilient rise since the COVID-19 pandemic low on March 23, complacent investors should be cautious of potential risks the market faces headed into year-end, according to JPMorgan. While JPMorgan doesn’t expect all of the risks to play out, a number of them […]

Since the stock market bottomed out on March 23, the S&P 500 staged a resilient 63% rally to new record highs by September 2.

Despite the rally, investors need not turn complacent and should be aware of risks the market faces heading into year-end, some of which might be realized, JPMorgan said in a note on Sunday.

And despite the risks, JPMorgan still holds its view that the US and growth stocks will continue to be relative outperformers to international and value stocks, respectively, according to the note.

From an uncontested election, to a setback on the COVID-19 vaccine front, here are the eight risks the market faces heading into year-end, according to the bank.

Read more: A Wall Street expert breaks down why these 3 smaller retailers are poised for gains amid a down economy – and are the best alternatives to behemoths like Costco and Target

1. A contested US elections result.

“The worst case scenario for the broader market would likely be the contested election result … one where the votes are so close that the results are delayed because of recounting and possible legal tussles,” the bank said, adding that the volatility term structure of the S&P 500 peaks in January 2021 rather than around the elections in November, “suggesting that markets are pricing in an increasing risk of a contested election result.”

“This could lead to legislative paralysis for some time, exactly when fiscal support packages are crucial for the support of the economy,” the bank highlighted.

History shows that the stock market doesn’t like a contested election. In 2000, the contested election between George W. Bush and Al Gore led to volatile markets. The S&P 500 dropped 12% from the election date to shortly after Gore conceded in December of that year, JPMorgan said.

“US opinion polls suggest that the unfavourable views of China have become firmly bipartisan. Biden and Trump might go out of their way to show strength vs China in the upcoming debates,” the note said. Those debates could create an environment of “elevated headline newsflow risk,” JPMorgan said.

3. Delay/setback on the vaccine front.

A viable COVID-19 vaccine is essential to fully and safely reopen the economy and “restore normalcy,” but timelines of a potential vaccine being developed by this October or November are likely setting up the market for disappointment, JPMorgan said.

“Nine of the leading drugmakers in the fray to produce the vaccine have recently signed a pledge stating that they will not apply for regulatory approval until the vaccine is proven to work safely and effectively through late-stage clinical testing. This could potentially delay the roll out of the vaccine,” JPMorgan added.

Breadth is narrow, market concentration is high, and complacency among investors is present as evidenced by a low put-call ratio, low short interest in the market, and strong retail investor flows into stocks recently, JPMorgan said.

“The consensus view is for further economic normalization, and even perhaps for an outright overheating and overshooting given the extreme stimulus,” the note said. The firm sees “several signs of a renewed weakening in growth,” as evidenced by a recent drop in the Eurozone PMI index, elevated jobless claims, and the potential for depressed consumer confidence.

The firm sees a spike in corporate delinquencies, mortgage delinquencies, and US bankruptcy filings as a sign for caution despite the unprecedented fiscal and monetary support from Congress and the Fed, according to the note.

A weaker dollar is often associated with a bullish growth outlook and higher inflation. While the dollar has remained weak over the past few months, a bottoming out and move higher could weigh on commodity prices, JPMorgan said. And if oil prices don’t advance, inflation is likely to remain muted.

“This in turn would keep bond yields subdued, hinder any broadening in market leadership, and could also be a problem at the overall market level,” the note said.

The rising odds of a no-deal Brexit, potential for heightened trade disputes with the US and China, and the recent deterioration in relations between Russia and Germany could put negative pressure on the market, according to JPMorgan.

Read more: ‘The psychology is even more dangerous than 20 years ago’: A Wall Street investment chief says stock valuations are giving him dot-com bubble flashbacks – and warns of a major meltdown in the next year

Is OPEC’s Power Over the Oil Market Broken?

Tue Sep 15 , 2020
(Bloomberg Opinion) — This week marks the 60th anniversary of OPEC, the cartel of major oil exporters that has, at times, held sway over the oil markets. It is a good time to ask: Is it still effective? The truth is that OPEC’s power to impact the price of oil has […] 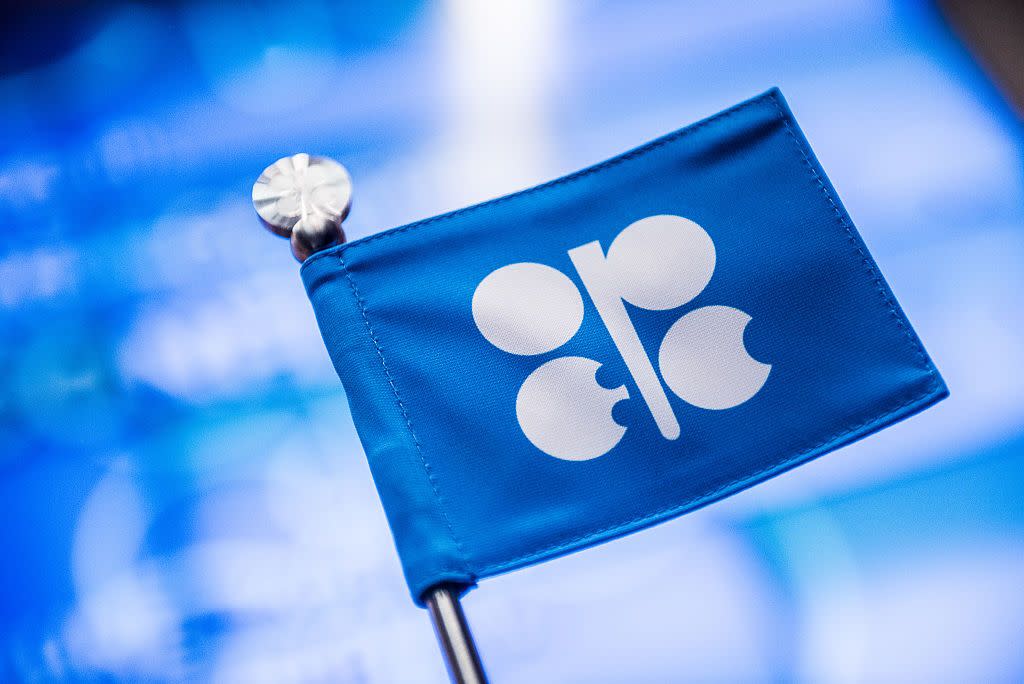