If President Trump really does boycott next week’s presidential debate, he will be giving up a chance to speak in front of 60 to 70 million people.


So, given the president’s television fixation and his intense focus on ratings, there are 60 to 70 million reasons to believe that he will backtrack from his current position.

Trump said on Thursday morning, in his first interview since his hospitalization for a coronavirus infection, that “I am not going to do a virtual debate.”

Specifically, he objected to the Commission on Presidential Debates’ decision to turn the scheduled October 15 debate into a remote broadcast, with Trump and Joe Biden participating from separate studios.

Biden’s campaign immediately said he agreed to the new structure, but the Trump campaign said they’ll “do a rally instead.”

If Trump’s camp follows through and holds a rally on October 15, it will likely only be televised by a couple of pro-Trump TV channels. He will essentially only be speaking to his base.

The formal debates, on the other hand, are shown by all the major broadcasters and cable channels in America, along with countless websites.

Video: Biden: We can’t go back. We can do so much better (CNN)

Biden: We can’t go back. We can do so much better

The first debate between Trump and Biden was watched by more than 73 million viewers last week.

The second debate of the campaign cycle is usually somewhat lower rated than the first, but in 2016 more than 66 million people watched the second debate between Trump and Hillary Clinton.

Lest anyone think Trump was the primary reason for the massive ratings haul, the second debate in 2012, between Barack Obama and Mitt Romney, scored more than 67 million viewers.

There is no way to replicate the ratings power of the fall debate calendar. The closest comparable events are probably presidential addresses to the nation, but in order to secure airtime for an address like that now, the Trump White House would have to convince all the networks that the address was outside the realm of partisan politics.

There are understandable reasons why Trump would want to opt out of a virtual debate. The format itself — with the two candidates in competing boxes on screen, socially distanced from one another — will be a reminder of his administration’s failure to contain the coronavirus.

There are also some precedents for Trump tangling with debate sponsors. He boycotted one GOP primary debate in January 2016, citing his disdain for Fox News moderator Megyn Kelly. But at that time, Trump was the party’s frontrunner and didn’t necessarily need to debate.

The current context is very different. Trump is clearly lagging behind Biden in both national and battleground state polls, which means he needs the debate platform more than Biden does.

And his obsession with popularity, as measured by TV ratings, is the stuff of legend.

After last week’s debate, he tweeted, “HIGHEST CABLE TELEVISION RATINGS OF ALL TIME.” That wasn’t technically true, but it was in line with his narrative.

So there are ample reasons to be skeptical of his no-debate claims now.

Sun Oct 11 , 2020
Detroit Pistons owner Tom Gores resigned from his position on the board of the Los Angeles County Museum of Arts on Thursday night. The move came after activist groups demanded that Gores, whose investment firm owns the prison telecommunications company Securus, be removed. The Los Angeles Times was the first […] 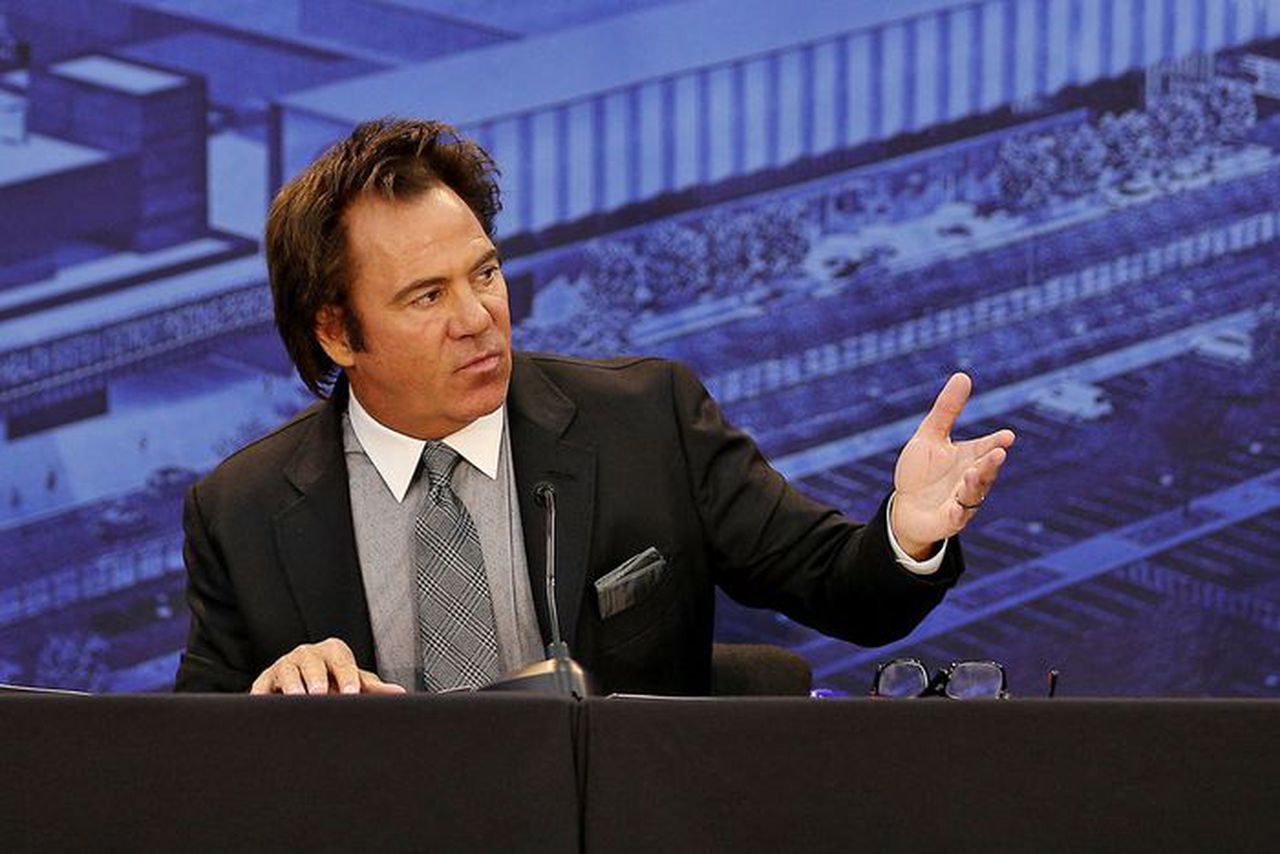