A national PR disaster, political protests, an internal tug-of-war, and executive resignations led up to SoulCycle’s home bike rollout, sources said. The backstory of the home bike is a crash-course in what can go wrong with a product, current and former employees said in an exclusive story on the company’s […]

So many problems befell SoulCycle’s at-home stationary bike, rolled out nationwide this week, that one former staffer told Business Insider, “That product was cursed from the beginning.”

A national PR disaster, political protests, dramatic internal tug-of-war, and executive resignations led up to the fitness company’s announcement that the internet-connected home bike is now widely available with unlimited streaming of its classes.

The backstory of the home bike is a crash-course in what can go wrong with product development and marketing, current and former employees of the boutique fitness brand told Business Insider in an exposé on the once high-flying company’s decline.

The NYC company, which boomed nationally then watched new studios fail to lure riders, pinned its hopes on a “Peloton-killer” home bike to compete with its rival. Then SoulCycle battled parent company Equinox over control and branding of the product that delayed its release, sources said.

As instructors bristled at pay cuts and corporate employees engaged in a culture war with Equinox during the first half of 2019, a home spin bike to challenge Peloton’s provided a ray of hope, sources said.

“SoulCycle was struggling to really innovate,” one former senior employee said. “The home bike was one attempt of many to try and reinvent SoulCycle.” Many sources asked to remain anonymous for professional reasons. Their identities are known to Business Insider.

On August 7, 2019, the day the bike was announced, news broke that Stephen Ross, the billionaire chairman of the Related Companies, which owns Equinox and SoulCycle, was hosting a fundraiser for President Donald Trump at his Hamptons estate.

Many SoulCycle devotees felt betrayed, with celebrities including Chrissy Teigen calling for riders to quit, and riders protesting outside studios.

“The Trump fundraiser news breaking the day they announced the home bike was an omen of many bad things to come,” a former high-ranking SoulCycle executive said.

A corporate tug-of-war over the home bike ensued. As the tech team finished work on the first big SoulCycle product to live beyond the studios, Equinox’s rapacious financial eye narrowed on the target, employees said.

Equinox chief Harvey Spevak plucked the home bike from SoulCycle and dropped it into Equinox ownership. He wanted control of the new digital product so that Equinox could extend it across its various fitness companies, former employees said. Spevak declined to comment.

“There was a lot of drama. We wanted to do it ourselves. We didn’t want to sell it. It sold it for way below ask,” the SoulCycle insider said, adding that it was ultimately purchased at cost, for about $10 million. (Equinox, a majority owner of SoulCycle, bought the intellectual property rights in order to compensate the other minority investors.)

Key members of the home-bike team, including chief technical officer Jeremy Landis, were irate, sources said. Morale plummeted as the team watched its work get swiped by a separate company for far below value. Landis declined to comment.

Analysis: U.S. bank stocks are fine, if you are rich in patience

Sun Oct 11 , 2020
(Reuters) – The U.S. bank sector has been pummeled this year but investors hunting for bargains there may need deep reserves of patience as banks are particularly sensitive to low interest rates, the uneven economic recovery and the muddy stimulus outlook. FILE PHOTO: A woman counts U.S. dollar bills at […] 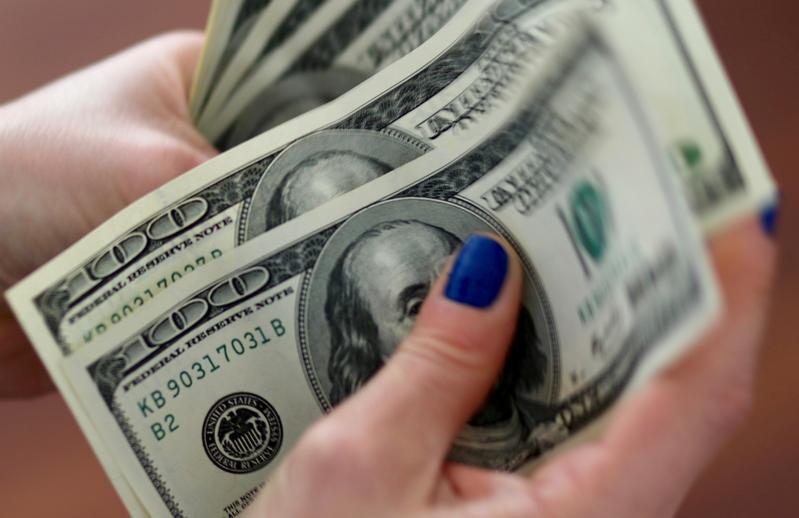