“Though the reasons are sharply debated, the new data signifies that the first three years of President Trump’s tenure were a period of contracting health insurance coverage,” Amy Goldstein writes. “The decreases reversed gains that began near the end of the Great Recession and accelerated during early years of expanded […]

“Though the reasons are sharply debated, the new data signifies that the first three years of President Trump’s tenure were a period of contracting health insurance coverage,” Amy Goldstein writes. “The decreases reversed gains that began near the end of the Great Recession and accelerated during early years of expanded access to health plans and Medicaid through the Affordable Care Act.”

The uninsured rate rose to 29.6 million people, totaling 9.2 percent of the population. It has slowly ticked upward since 2016, when 28.1 million people didn’t have a health plan. Between 2018 and 2019, the share of people without coverage increased in 19 states and decreased in just one.

The share of people on Medicare and with employer-sponsored coverage actually increased slightly. That was due to an aging population and last year’s booming economy, which meant more people had workplace plans — still the chief way Americans get their coverage.

Medicaid enrollment fell from 17.9 percent of Americans to 17.2 percent.

One reason for the decline is positive: As poverty rates fell for all major racial and ethnic groups, more people earned too much to qualify for the program. The poverty rate fell to 18.8 percent for Blacks, 15.7 percent for Hispanics and 9.1 percent for Whites.

But other factors were also at play. People no longer face a tax penalty for being uninsured, after Congress repealed it in 2017. Several GOP-led states expanded enrollment requirements. And wide disparities persisted in how states run their programs.

“There is huge variation state-to-state in the ease of enrollment, the administrative process, the mechanisms for verifying eligibility, how hard the state works to sign people up,” said Katherine Baicker, a health economist at the University of Chicago. “All those have big effects on net take-up rates.”

The trickle of coverage losses has become a flood under the pandemic.

Before the coronavirus pandemic upended life, the United States was enjoying a record-long economic expansion. By the end of last year, the unemployment rate was at a 50-year low of 3.5 percent.

“Women outnumbered men in the workforce for only the second time, buoyed by a tight labor market and fast job growth in health care and education,” Amy writes. “Minimum-wage increases were also fueling faster wage growth for those at the bottom.”

But now millions of people have lost their jobs — and, in the process, their health insurance.

“Since March … job losses have disproportionately hit low-income workers and women, many of whom held service-sector jobs that were gutted by shutdown measures to help protect people from infection,” Amy writes. “Nearly 40 percent of households with income below $40,000 were laid off or furloughed by early April, according to the Federal Reserve.”

The Economic Policy Institute has estimated that 12 million people have lost health insurance received through their workplace or that of a family member. Some of those have been able to enroll in Medicaid — its rolls have risen by about 4 million during the pandemic — but others find it unaffordable.

He denied downplaying the coronavirus, questioned the use of masks and promised yet again to release a health plan. The president also viowed that a coronavirus vaccine is imminent during the 90-minute event in which he answered questions from uncommitted voters in Philadelphia.

“We’re within weeks of getting it,” Trump said of the vaccine. It could be “three weeks, four weeks, but we think we have it,” he added.

The statement was one of several that conflicted with information provided by leading public health experts. Anthony S. Fauci, director of the National Institute of Allergy and Infectious Diseases, and chief adviser to the administration’s vaccine effort Moncef Slaoui have both said in recent statements and interviews  it is highly unlikely the country will see a vaccine before the November elections.

Even if the Food and Drug Administration granted emergency use authorization to a vaccine in that timeframe, it would still need to be manufactured in bulk quantities and distributed to millions of Americans.

In response to another question about the pandemic, Trump denied downplaying the virus, citing his decision to impose travel restrictions on China early on. When asked why he doesn’t wear a mask, the president suggested that “a lot of people” don’t think that masks are good.

The town hall also touched on other health-care questions.

Ellesia Blaque, an assistant professor from Philadelphia, who suffers from a serious inflammatory disease, asked the president what he would do to protect people with preexisting conditions.

The Trump administration has asked the Supreme Court to overturn the Affordable Care Act, which guarantees that insurers can’t deny coverage or charge more to people with preexisting conditions.

Moderator George Stephanopoulos also grilled the president about his administration’s failure to put forward a healthcare plan, despite repeated assurances that they would present an alternative to the Affordable Care Act.

OOF: Speaker Nancy Pelosi  (D-Calif.) is refusing to compromise on another pandemic relief bill – and House Democrats are starting to question her tactics.

Pelosi “has been unwilling to budge from the position she’s held for months — that Democrats should hold out for a wide-ranging bill with a price tag of at least $2 trillion, covering a multitude of issues from unemployment insurance to testing to the post office,” Erica Werner reports. “Increasing numbers of rank-and-file Democrats are beginning to question that approach.”

Pelosi said on a conference call with House Democratst the House would remain in session “until we have a bill,” according to aides, but Majority Leader Steny H. Hoyer (D-Md.) later clarified lawmakers would not have to stay in Washington past the scheduled Oct. 2 recess and would only need to remain on call.

Some House Democrats, especially those facing tough reelections in GOP-leaning districts, are under increasing pressure to come up with a solution. During a call with Hoyer and Pelosi, members of the centrist New Democrat Coalition expressed frustration and some asked why lawmakers shouldn’t be required to stay in Washington until a deal is hammered out.

“The bipartisan Problem Solvers Caucus in the House released its own attempted compromise Tuesday morning, a $1.5 trillion proposal that could grow larger or smaller depending on infection rates and vaccine progress,” Werner writes. “But top Democrats rejected it out of hand, with eight House committee chairs issuing a joint statement saying it falls short of what is needed to save lives and boost the economy.”

OUCH: A top Health and Human Services official has apologized for incendiary statements in a Facebook video.

MIchael Caputo, assistant secretary for public affairs at the Health and Human Services Department, apologized to staff in a meeting on Tuesday for remarks urging Trump supporters to prepare for an armed left-wing insurrection and claims scientists in the Centers for Disease Control and Prevention were plotting to subvert the president, Yasmeen Abutaleb and Josh Dawsey report.

Caputo promoted those and other conspiracy theories in a live video on his personal Facebook page on Sunday.

In recent weeks, Caputo has also come under fire for his team’s attempts to interfere with the CDC’s weekly scientific reports.

Politico’s Dan Diamond, who helped first report the story about the staff meeting, pointed out additional details on Twitter, including that Caputo told his staff members to listen to the Grateful Dead:

HHS overrode the FDA to block regulations on lab-based tests, including those for the novel coronavirus.

HHS head Azar “led an escalating pressure campaign against his own Food and Drug Administration this spring and summer, urging the agency to abandon its responsibility for ensuring the safety and accuracy of a range of coronavirus tests as the pandemic raged,” Politico’s Adam Cancryn and Sarah Owermohle report.

In August, Azar overrode objections from FDA chief Stephen Hahn and revoked the agency’s authority to regulate a broad swath of laboratory tests. The policy affected tests developed by labs for their own use, including university, commercial and public health labs.

While some labs applauded the move, saying it could help bring innovative tests to market, many public health experts worried the lack of regulation could allow faulty and inaccurate tests to flood the market.

Based on interviews with nearly a dozen current and former Trump officials, Politico reports that the fight over testing drove a division between HHS and the FDA, with sources saying that disputes sometimes escalated “into screaming matches between Azar and Hahn.”

Black and Hispanic children are more likely to die of the coronavirus.

“The coronavirus is killing Hispanic, Black and American Indian children at much higher numbers than their White peers, according to federal statistics released Tuesday,” William Wan reports.

There were 391,814 known cases and 121 deaths among people under the age of 21 from February to July. Of those killed by the coronavirus, more than 75 percent have been Hispanic, Black and American Indian children, even though they represent 41 percent of the U.S. population.

The disparities echo those seen in adult deaths from the virus, although the virus is much less deadly overall for children than for older adults. Blacks and Hispanics have higher rates of underlying health conditions, which make them more susceptable to serious illness or death from covid-19.

“About 75 percent of those who died had at least one underlying condition, and the most frequent were asthma and obesity — two conditions that disproportionately occur in minority youths,” Wan writes.

The CDC report also finds that children of color may be more likely than their White peers to lack access to health care, live in crowded conditions or have a parent who is an essential worker and unable to work from home. 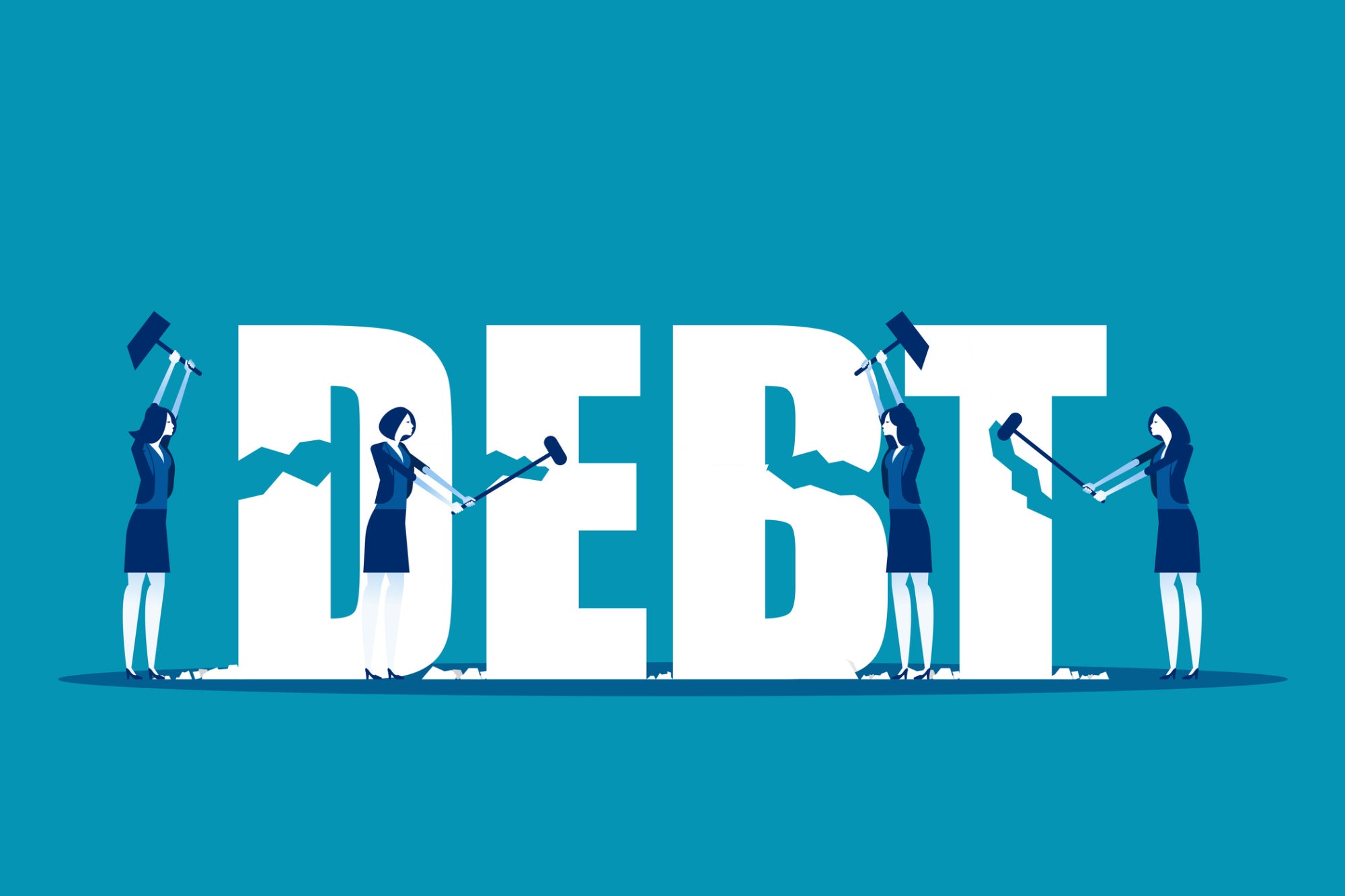