Watch: The moment inmates plotted to murder plot a prison officer A terrorist jailed for planning an attack inspired by the murder of Lee Rigby has been jailed for life for trying to murder a prison guard. Brusthom Ziamani, 25, has served five years of a 19 year sentence after […]

A terrorist jailed for planning an attack inspired by the murder of Lee Rigby has been jailed for life for trying to murder a prison guard.

Brusthom Ziamani, 25, has served five years of a 19 year sentence after plotting to behead a soldier in 2014.

He became friends with Baz Hockton, 26, while held at high-security HMP Whitemoor in Cambridgeshire.

The two then planned a terror attack, the Old Bailey heard – thought to be the first inside a UK prison, though an IRA bomb was detonated at a Belfast jail in 1991.

He was left covered in blood and two female staff members were hurt as they tried to stop the attack. A jury convicted Ziamani and Hockton of attempted murder on Wednesday.

On Thursday, Ziamani, from Camberwell, south London, was jailed for a minimum of 21 years, and Hockton, from Dagenham, was given life with a minimum of 23 years.

Mrs Justice May said: “It is quite plain to me that the defendants must have been planning this terrorist operation for some time, preparing fake suicide belts and multiple weapons for the purpose.

“It is no accident the January 9 attack came just weeks after the London Bridge attack in November 2019.”

The court heard they lured the “kind and helpful” Trundle to a cupboard, having asked for a spoon.

They then set upon the officer, shouting “Allahu Akbar”, attacking his head, chest and neck areas.

Ziamani punched nurse Jayle Cowles and prison officer Georgina Ibbotson as they arrived, then resumed the attack on Trundle, the court heard.

It left blood on the walls, and Trundle suffered cuts to his scalp, arm and shoulder.

“I did not see any weapons. I could feel blows coming down on me,” he said.

“I did not realise how bad the damage was to myself until I went to the hospital and looked in the mirror.”

When another officer approached, Ziamani opened his jacket to show a fake suicide belt, telling him “I’ve got a bomb”.

It was later discovered one belt was made with a battery and can while the other was made from elastic from boxer shorts, an electrical cable and plastic bottles.

Ziamani admitted assaulting the two women but denied attempted murder, claiming Whitemoor had become hostile to Muslims after the Fishmongers’ Hall attack in 2019 and wanted to be transferred.

Trundle told the court there was not any anti-Muslim feeling at the prison after the Fishmongers’ Hall attack, but staff had been told about their behaviour after he heard an offensive term used before.

Ziamani said he wanted to inflict some damage, like a bloody nose, while Hockton denied the accusations too but did not give evidence.

A note found in Hockton’s cell search read: “Can’t stand anything in uniform and if I see a cop on the wing I’m stick a spike in his head like a unicorn.”

Hockton is three years into a 12-year sentence for stabbing and punching a man in October 2016 and slashing someone else the next month.

He has also been serving a 10-year term for wounding a prisoner with intent to cause grievous bodily harm at Swaleside Prison in Kent.

The judge said: “The violence against him was short-lived but it was strikingly and shockingly ferocious while it continued.”

To Hockton, she said he was “inspired by extremist beliefs” and had a “terrorist connection”.

She said: “Your current twisted view of Islam needs to change.”

Thu Oct 8 , 2020
SHI International, one of the largest IT solutions providers in the world, has achieved a Cloud Management and Automation VMware Master Services Competency. This competency demonstrates SHI’s commitment to helping organizations accelerate their digital transformations by leveraging their validated services delivery capabilities around advanced VMware technologies. “This competency not only […] 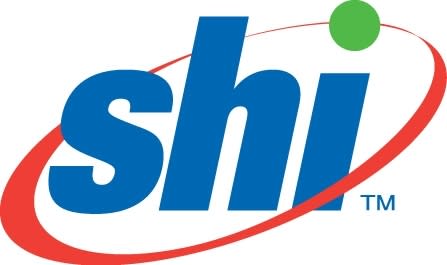