REVIEW AND PREVIEW” If Biden gets in, this market’s going to crash,” Trump asserted in an interview on Fox Business Network with host Maria Bartiromo. Invoking Biden’s tax plans, Trump also claimed that the former vice president would “tax this country into a depression like in 1929.” – Robert Schroeder, […]

If Biden gets in, this market’s going to crash,” Trump asserted in an interview on Fox Business Network with host Maria Bartiromo. Invoking Biden’s tax plans, Trump also claimed that the former vice president would “tax this country into a depression like in 1929.” – Robert Schroeder, “Trump Claims Biden Win Would Crash Market, Cause Depression,” www.marketwatch.com, August 13, 2020.

It may be the middle of one of the most challenging geocosmic time bands of the year. And the world (and the union) may seem like it is falling apart with no chance of healing, while the sitting president of the United States is falling deeper and deeper in the polls with the election only three weeks away. But the stock markets of the world keep rising. It is like the markets don’t believe Trump can lose, for it is almost universally agreed that if he does lose, the stock market will fall into an abyss that will make last March’s decline look like some kind of an innocent fluke. Well, maybe the outlook of a Biden victory and a stock market panic is not universally agreed upon, but it is what the President stated this week (and many times before), and it is what many market commentators believe as well, including yours truly. Yes, historically, stock markets perform well under a Democrat presidency. But they don’t always start out so well, and their best performance is when Republicans control one or both branches of Congress at the same time.

The potent geocosmic time band was identified as mostly being in effect September 28–October 19, with a midpoint right about now. It appears an important low in many world equity markets happened on September 24, just two trading days before this period began with Saturn changing directions and squared by transiting Mars. Now we are in the middle of this time band and these same equity markets are soaring to their highest level in at least 3 weeks. In the case of India’s Nifty and Japan’s Nikkei indices, stocks are back to their highest levels since the pandemic crash began in February 2020.

Gold and Silver had positive gains last week too. After bottoming at 1851 two weeks ago, Gold was trading above 1930 on Friday. Silver was even more impressive. Silver completed a 27% decline over 7 weeks from its multi-year high of 29.91 on August 7 to its low two weeks ago of 21.81 on September 24. But by the end of last week, it reached 25.33, a gain of 16%. The low of the week was 22.96 on Tuesday, October 6. This was significant, for as stated on Monday evening in our MMA daily report, when Silver closed at 24.52, “Tuesday and Wednesday are critical days with the Sun/Moon both being in air signs, always a danger for Silver. Aggressive traders(may) buy back if there is a big drop to say 23.00 +/- .25.”So much for market analysts who continually and falsely claim that you cannot time markets. We do it often. But then again, they don’t have – or wish to learn – the tools that we have. Buy and hold strategies are so much easier for those who don’t really fancy rigorous work, study, and analysis. Crude Oil and Bitcoin also had decent weeks. But the star performer last week was Soybeans, which exploded to 1080, its highest price in four years. With both Saturn and Jupiter conjunct Pluto in Capricorn in 2020, this fits the historical correlation of Soybean prices to geocosmic cycles very well.

“The 20 – the 200 mil – the 200,000 people that have died on his watch, how many of those havesurvived?” – Joe Biden in the first presidential debate, as reported by Peggy Noonan, “Coronavirus Delivers an October Surprise,” Wall Street Journal, October 3-4, 2020.

This has already been an incredible geocosmic time band in terms of world and national activities. It started with the Presidential debate on September 29, that was unlike any other debate between two candidates striving to be the president of the world’s most powerful country, moving quickly into the announcement two days later that President Trump and the First Lady contacted COVID-19 (as well as several members of his inner circle), next there was the president’s decision to walk away from stimulus talks, but then two days later he announces he wants a very big stimulus package now, and to realize at the same time that this is only the halfway point of this remarkable geocosmic time frame. It’s not affecting the stock market adversely (yet), but it isn’t coinciding with a general feeling of buoyancy and optimismabout the future either. In fact, I would argue that the collective level of stress and even desperationemanating from the political situation is increasing.

I received a lot of mail last week from Trump supporters who are very disappointed because I reportedthat almost all polls show that the president did not win the debate though he says he won it “big time, according to all the polls.” I look at the polls on Real Clear Politics, and especially the Rasmussen poll (which was the most correct of all major polls in 2016), and I noted that for the first time in the polling cycle, Trump had actually moved into to a one-point lead over Biden going into the debate. But since the debate performance, he has fallen behind Biden by double digits. Even Rasmussen has him down by 12%this past week. That doesn’t sound like someone who won the debate “big time.” It sounds like someone who lost the debate “big time.”

But for the Trump supporters who read my weekly column, there is still reason to be hopeful. Remember, it was about this time in 2016 that the “Access Hollywood” tapes came out and everyone thought it was all over then. Trump couldn’t possibly come back from that scandal and win. And then he did. It is also worth noting that if one candidate can fall over 12% in two weeks while the other rises that much, then a 12% deficit is also possible to manifest in three weeks. Given that Mars is still retrograde through November 13, and Mercury turns retrograde this week, October13 through November 3 (Election Day), and given that there is a full moon on October 31 conjunct Uranus, just three days before Election Day, I would not rule out more sudden changes that could reverse the trend. In ot her words, with all of these retrograde planets and the presence of Uranus highlighted right beforeand into the election, it is not over until it’s over. And it will likely not even be over then.

How will the stock markets behave under this Mercury retrograde, with Mars retrograde? Unpredictable, and probably full of whipsaws. The key words for the next three weeks are: bizarre, dramatic, stunning, unbelievable, maybe shocking. I think some very disturbing news events and accusations are still waitingin the wings to be released. Whether they are true or not is another matter. But I would continue with last week’s advice: don’t believe what you see, hear, or read. And as far as trading financial markets, I think the shorter-term your horizon, the better. Position trading on what you think is going to happen may be a painful experience these next few weeks, as the retrogrades of both Mars and Mercury (especially together) are well-known for their whipsaw-like behavior in markets. Of course, this correlates to the whipsaw-like events in the news, perhaps related to the reversals of policy announcements by world leaders, or other matters outside of one’s control.

How should the United States respond?

Mon Oct 12 , 2020
China is the world’s second largest digital economy, second only to the United States, and leads the world in the value of many digital applications, including e-commerce and mobile payments. This extensive online activity by Chinese netizens also provides huge amounts of data that can be used to train artificial […] 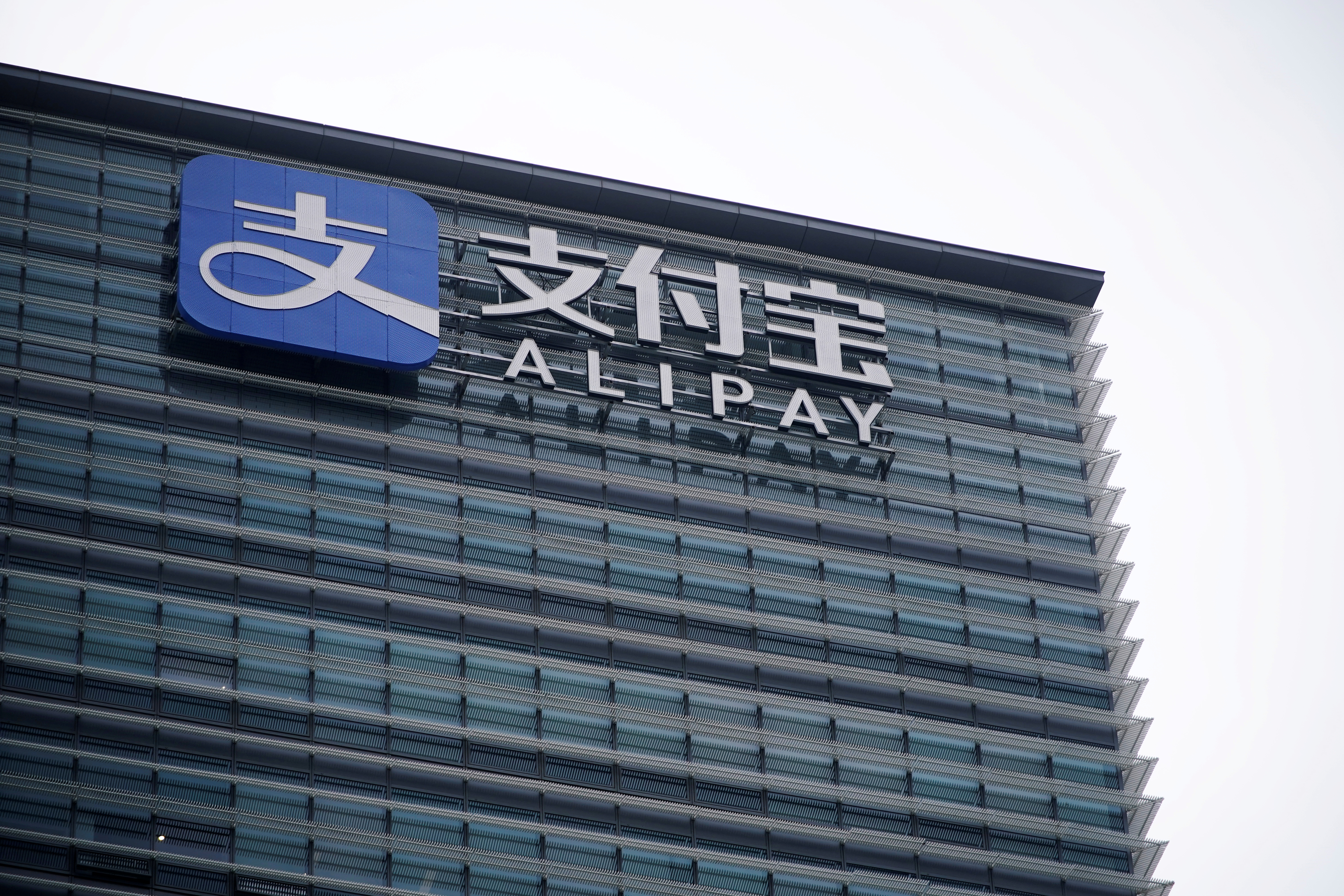