Stock Market Talking Points: Dow Jones Breaches 26,000 Last week I highlighted the crossroads at which the Dow Jones traded. Since then, not much has changed from a price perspective and fund flows remain relatively muted. That said, next week’s loaded economic calendar could put an end to the recent […]

Last week I highlighted the crossroads at which the Dow Jones traded. Since then, not much has changed from a price perspective and fund flows remain relatively muted. That said, next week’s loaded economic calendar could put an end to the recent calm in fund flows activity. 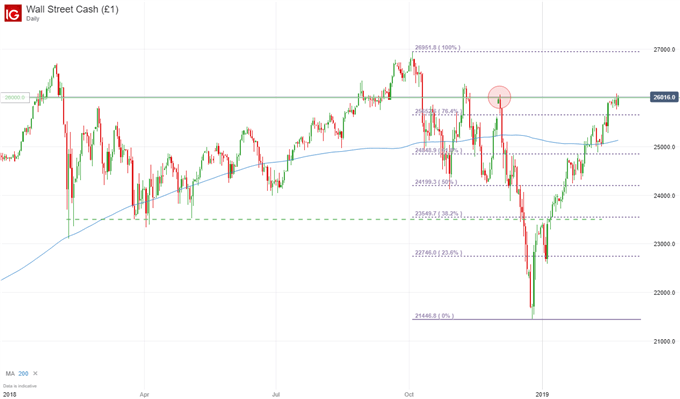 Exchange traded funds SPY, IVV and VOO notched just $373 million in cumulative net inflows this week, with particularly strong buying on Tuesday. While a larger change than last week, the activity still falls short of the record flows witnessed in late January. The relatively deadlocked buying and selling suggests investors are still uncertain about the current landscape of the US equity sector. 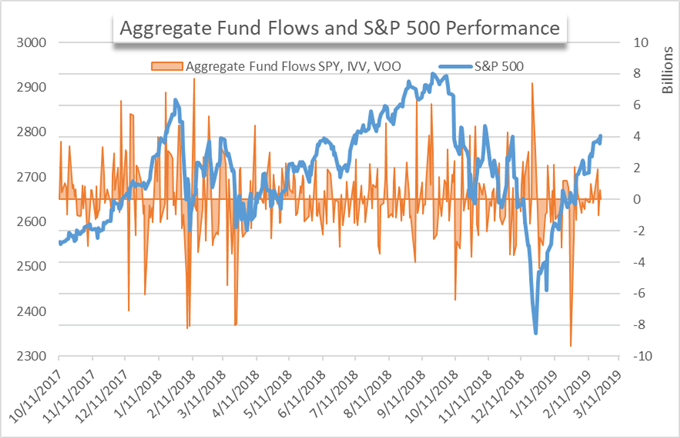 Conversely, investors seem confident about the state of short-term fixed income. The BIL ETF which was also highlighted last week has continued its trend this week. The fund has recorded nearly a month’s worth of consecutive daily outflows. This week alone it saw another $145 million leave its coffers. The reallocation bumps the total capital lost during its streak to nearly $840 million. 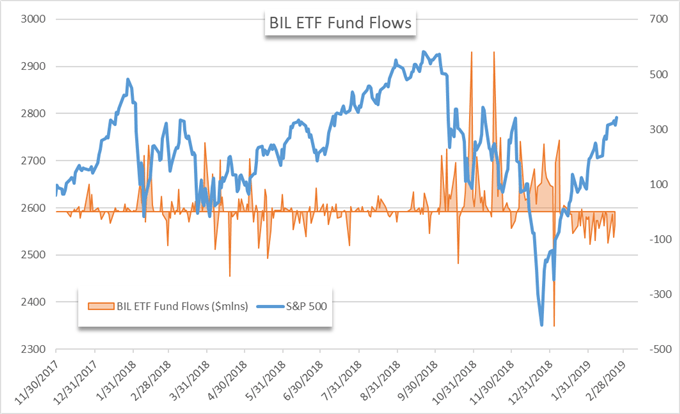 The HYG ETF, a fund that tracks the performance of high yield fixed income, notched another week of net inflows. After over $400 million in inflows this week, the fund has seen roughly $1.2 billion in fresh capital enter the fund. The continued demand for riskier corporate debt suggests some investors are relatively comfortable taking on risk despite the high degree of uncertainty heading into next week. 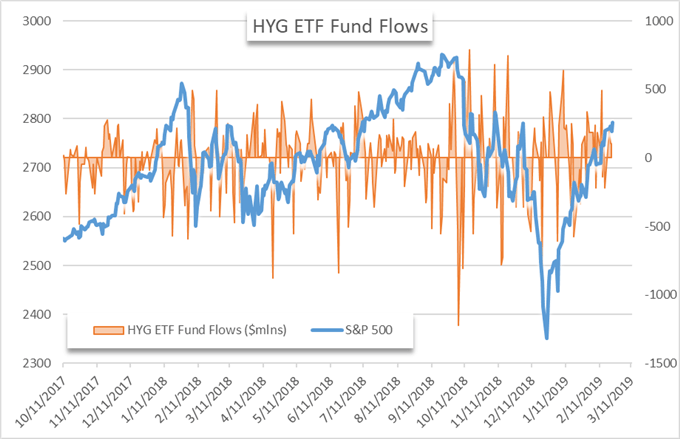 Despite the nearly unabated rebound for the S&P 500 and Dow Jones, the potential for a risk-off market response is heightened. Combined with a loaded economic calendar from a data perspective, next week will see substantial event risk.

Check out A Brief History of Trade Wars for a crash-course on the background of previous economic conflicts.

Trade wars remain a key factor in the equity space and the ceasefire between the US and China ends next Friday. Should an agreement or extension be reached before then, it buoy sentiment but could also heighten the chances of a trade war in the European Union or Japan. With one trade war front resolved, it would allow the United States to set its sights on a new party.

Elsewhere, a meaningful Brexit vote is scheduled, and Fed Chairman Powell will deliver his semi-annual testimony to a House Panel. View our economic calendar for the other key events that will drive equities next week.

Wed Sep 16 , 2020
CBI Globe – Global Open Banking Ecosystem, the innovative platform developed by CBI in order to help its members meet the PSD2 obligations, is now the first ecosystem enabling third parties to reach 100% of online current accounts in Italy. Thanks to the integration between CBI Globe and the […]