WASHINGTON – As the Trump administration and Congress argue over the scope of a new stimulus package to boost America’s pandemic-ravaged economy, analysts warn that delays will inflict financial pain on vulnerable populations and may delay an economic recovery once the virus is brought under control. With the presidential election […]

WASHINGTON – As the Trump administration and Congress argue over the scope of a new stimulus package to boost America’s pandemic-ravaged economy, analysts warn that delays will inflict financial pain on vulnerable populations and may delay an economic recovery once the virus is brought under control.

With the presidential election just over three weeks away, the status of stimulus talks in Washington remains tenuous. Earlier this week, President Donald Trump announced he was canceling all negotiations until after the election, a position he subsequently reversed with a call for limited federal aid for a few economic sectors.

On Friday morning, however, Republican Senate Majority Leader Mitch McConnell said a new stimulus package was “unlikely” to pass the chamber before the November 3 election.

The U.S. enacted the largest economic stimulus program in its history in March. The CARES Act injected more than $2 trillion into the economy through direct cash payments to individuals, increased unemployment benefits and forgivable loans to businesses. The program was largely successful in propping up household incomes, even as the unemployment rate reached nearly 15% in April.

However, the July expiration of the higher payments to the jobless and the extended closure of many businesses have combined to leave millions of American families on the edge of financial ruin and many companies on the verge of bankruptcy, if not already insolvent.

Other sources of fiscal stimulus, like interest rate cuts and asset purchases by the Federal Reserve, have largely been exhausted, meaning that getting a stimulus package through Congress is the only hope for an economic jolt in the near term.

“The recovery has already lost momentum, and every day [policymakers] delay the next fiscal package being enacted will slow the recovery further,” said David Wilcox, the former director of the Fed’s Division of Research and Statistics, who is now a senior fellow at the Peterson Institute for International Economics. “This is particularly dangerous and concerning at a moment when the Fed has already expended most, not all but most of its ammunition, and it really is not in a position to provide a material further boost to economic activity.”

Numbers better, but not good

Meanwhile, the U.S. unemployment rate is at 7.9 percent, and this week an additional 840,000 Americans filed for jobless benefits. Both numbers are declining but remain far above pre-pandemic levels. Continued improvements in the months ahead are far from assured.

Job losses resulting from the pandemic shutdown have been concentrated at the lower end of the U.S. income distribution, disproportionately affecting poorer Americans. While jobs in the top income quartile had rebounded to higher than pre-pandemic levels by September, there were still more than 20 percent fewer jobs in the lowest quartile.

Nearly one in three U.S. families with children reported not always having enough to eat in the three months before the CARES Act benefits ran out. And now those families, which come disproportionately from minority groups, have gone more than two additional months without enhanced assistance from the federal government.

And while the federal government and some states have taken steps to prevent families who fall behind on rent from being evicted if their income has been affected by the pandemic, renters and landlords nationwide face looming financial disaster as unpaid rent bills pile up across the country.

Wilcox, who was speaking at an event sponsored by the Peterson Institute this week, warned that the negative impact on individuals, especially children, could be deep and long-lasting.

“We don’t know what the long-term effects will be of concentrated hunger, of disparate health impacts by race and ethnicity, of localized incidence of adverse health effects, of dramatically different access to educational resources, and what seem almost sure to be widening educational attainment gaps across major demographic groups,” he said.

Beyond its impact on individuals and families, the pandemic has had a devastating effect on an array of business sectors in the U.S.

U.S. airlines were a particular beneficiary of the CARES Act, receiving $25 billion, with the stipulation that they could not furlough or lay off any workers until October 1. With that date past, and no further stimulus funding in sight, airlines have begun to furlough more than 32,000 employees.

The broader travel and hospitality industry has been especially hard hit, with occupancy rates at hotels down 31.5% from a year ago.

Chip Rogers, president and CEO of the American Hotel & Lodging Association said, “America’s hotel industry is on the brink of collapse. We can’t afford to let thousands of small businesses die and all of the jobs associated with them be lost for many years.”

Small businesses across the country that received forgivable loans from the initial stimulus package have run through those funds, and tens of thousands of small firms have closed, many permanently, since the beginning of the pandemic.

The National Federation for Independent Businesses, a small-business trade group, reports that half of small-business owners say they need more financial assistance to continue operating, and that more than 20% believe they will be forced to close in the coming months if conditions don’t improve.

In a statement, Kevin Kuhlman, the group’s vice president of federal government relations, said, “Many small businesses and their employees cannot afford to wait — they need Washington to act.” 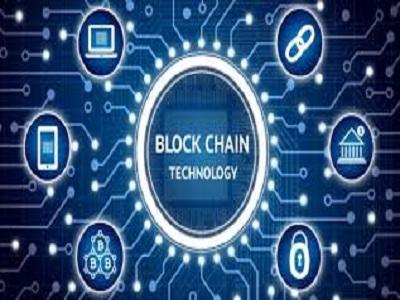