The bill under discussion, House Bill 27 from 2013, would give federal Bureau of Indian Affairs police officers the authority to cite or arrest traffic law offenders on the reservation who aren’t enrolled tribal members.

LeBrun noted concerns with the BIA’s lack of media transparency, as well as the frequent turnover of BIA officers in the Wind River Police Department, saying that these concerns should persuade legislators not to grant authority over non-enrolled citizens to the federal officers.

The Fremont County Sheriff’s Office and municipal police forces all make a daily call log available to the news media. The BIA does not.

Also, the BIA force on the reservation does not respond to media requests for comment directly but routes those requests through documented requests for federal information, which can take weeks or months to yield a response, if any.

During discussion of this topic, Clifford broke from the agenda to confront LeBrun about the September 2019 officer-involved shooting resulting in the death of enrolled Northern Arapaho Tribal member Anderson Antelope.

“Here’s the complex jurisdictional issue I want to make a point on,” said Clifford. “It’s Patrick LeBrun, and it’s our tribal member who got shot at Walmart: Anderson ‘Andy’ Antelope. That’s my issue.

Clifford is an enrolled Northern Arapaho tribal member, as was Antelope.

Clifford was referring to LeBrun’s review of a Wyoming Division of Criminal Investigation case, from which LeBrun concluded that the officer had shot Antelope justifiably according to Wyoming self-defense statutes.

Several eyewitnesses had seen Antelope both stab and attempt to stab the officer before he shot Antelope.

The officer’s armored vest protected him from the first stab, and he was uninjured.

Whether that death was justified under Wyoming law, LeBrun said at the time, was within his purview – not the coroner’s— to determine, based upon facts of the investigation.

LeBrun’s response came in a public statement Tuesday afternoon, in which he noted that he released the DCI case file to the media soon after it was released to his office.

“Representative Clifford apparently forgot that I provided the entire case file on Anderson Antelope to the media,” LeBrun wrote in a statement Tuesday afternoon.

“I only redacted the (shooting) officer’s name because of threats to his life — and the names of other citizen witnesses to protect their privacy. The exact circumstances of the incident were well documented and made very public.”

The BIA portions detailing Antelope’s criminal history also were redacted from the report because of the BIA’s non-transparency standards, which are beyond the control of the county government.

State Rep. Lloyd Larsen, the committee’s co-chairman, cautioned Clifford during the meeting that her purpose as a legislator on the Tribal Relations Committee was to ask questions of presenters in order to craft legislation.

“Was there a question in your remarks to Mr. LeBrun?” Larsen asked.

Clifford again addressed LeBrun, this time with a question.

“Can you go on the record and say why you squashed the public inquest into the death of a tribal member?”

“I plead for decorum in this committee,” he said. “It’s not an inquisition. We’re not picking and settling scores between elected officials… I protest that there’s an issue that’s preventing us from talking seriously about a serious piece of legislation that’s been in front of this committee, and had committee work for over a decade.”

Case noted that because Clifford had veered from the scheduled topic of addressing traffic-related law enforcement jurisdiction, LeBrun did not have to answer her question during the meeting.

“We are better than this,” continued Case. “We are the Wyoming Legislature, and we need to focus on the topic.”

Sun Sep 20 , 2020
PHOTO: Clint Bustrillos Fighter pilots use situational awareness. Party planners rely on themes (like Under the Sea or the Wild Wild West). Educators use what they call instructional design scenarios. Why? To deliver top performance. When it comes to customer service, we call it context and nothing is more important […] 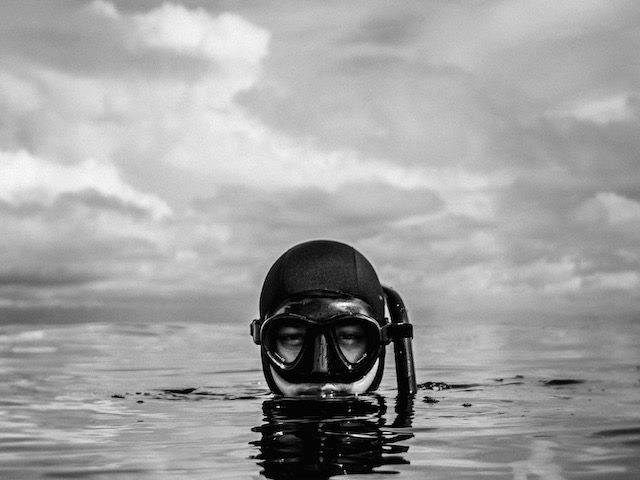