Facebook, Google and other tech platforms should stop allowing advertisements to be targeted at teenagers, said a group of leading academics, lawyers and privacy campaigners in the UK. In an open letter, the group said that profiling teenagers in order to sell them products both breaches their right to privacy […]

Facebook, Google and other tech platforms should stop allowing advertisements to be targeted at teenagers, said a group of leading academics, lawyers and privacy campaigners in the UK.

In an open letter, the group said that profiling teenagers in order to sell them products both breaches their right to privacy and is particularly exploitative because of their susceptibility to marketing.

“The last thing kids or their parents need in their lives is invasive, manipulative marketing,” said Oliver Hayes, policy and campaigns lead at the charity Global Action Plan.

Restrictions are already in place on targeting teenagers with alcohol and gambling advertisements, but the signatories to the letter said all targeted advertising should stop. “The problem isn’t just age-inappropriate ads,” said Mr Hayes. “It’s that targeted ads are inherently exploitative and manipulative, regardless of content.”

The UK’s data regulator, the Information Commissioner’s Office, brought in new standards this month calling on companies to switch off profiling by default for under-18s unless there is a compelling reason and appropriate safety measures are in place.

Meanwhile, Google is facing a £2.5bn lawsuit in the UK High Court which alleges that it has unlawfully profiled children under the age of 13 on YouTube.

“We should not allow our children’s attention to be a product that platforms can sell to advertisers”, said Duncan McCann, a senior researcher at the New Economics Foundation, and the representative claimant in the case against Google.

The lawsuit alleges that YouTube targeted over 5m British children under the age of 13, violating the UK’s Data Protection Act and the EU’s General Data Protection Regulation. 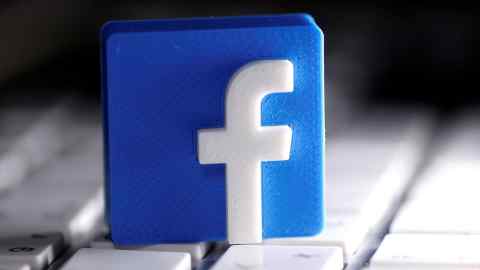 “Google has been profiting from kids’ attention for years and it is time to change that,” said Martha Dark, director of Foxglove, a tech justice non-profit which is serving as co-counsel in the case.

A YouTube spokesperson said “We don’t comment on pending litigation. YouTube is not for children under the age of 13. We launched the YouTube Kids app as a dedicated destination for kids and are always working to better protect kids and families on YouTube.”

According to Google, YouTube Kids does not feature targeted advertising, nor do videos marked “Made for Kids” on the main YouTube website receive personalised advertising. The personal information of those watching children’s content is treated as coming from a child regardless of the user’s age.

Google also said that the advertisers cannot target ads at users under the age of 13, with the first demographic targeting option being the 18-24 age bracket.

Over the past year, tech firms have faced fines over children’s data protection. Last September, Google and YouTube agreed to pay $170m to regulators after being accused of illegally collecting children’s personal information without parental consent.

This May, 20 advocacy groups accused TikTok of breaching conditions of a settlement it reached last February, such as failing to delete personal information from users aged 13 and under that it had collected before the settlement.

Microsoft, Amazon, Apple and Facebook, who are also addressed in the open letter, did not immediately respond to requests for comment.

Fri Sep 18 , 2020
Five PR executives challenge new donors with a dollar for dollar match TORONTO, Sept. 15, 2020 /CNW/ – The CPRS Foundation today announced the launch of a scholarship for Indigenous people studying to become public relations professionals, a first of its kind in Canada. The Foundation will partner with Indspire, a national […]