The transfer market summer window that closed on October 5 will be a remarkable one for Serie A – Italy’s top-flight soccer league.

For the first time since the SARS-COV-2 outbreak that paralyzed European soccer for over three months, Italy’s most beloved sport was finally able to assess the financial damage brought by the Coronavirus pandemic.

And despite Serie A welcomed stars of the like of former Barcelona midfielder Arthur Melo, SSC Napoli striker Victor Osimhen and former Manchester United Chris Smalling – the financial reality beneath the surface is quite scary.

And unfortunately, Italian soccer is not alone in this crisis.

The general spending on transfer fees in European soccer decreased significantly for the first time in three years, falling back to the 2016 level, a study released by FIFA has found.

The Transfer Market Snapshot June-October 2020 analyzed the latest player transfer market activity, giving an overview of the impact of the COVID-19 pandemic on soccer finance.

The study shows that in 2020, soccer clubs accounted for a total of $3,92 billion in outgoing transfer fees, representing a steep drop of more than 30% in comparison to 2019, when clubs spent a total of $5,8 billion.

To find a similar figure we need to look back to 2016 when the money spent on international summer transfers reached $3,7 billion, while for the same period in 2017, 2018 and 2019 clubs invested over $5 billion each year.

The latest transfer window saw a total of $543,9 million squandered by Italian clubs, second only to English clubs ($1,25 billion) and followed by Spain with $486 million.

As a consequence, the number of international transfers also declined for the first time in a decade.

Clubs competing in Serie A signed 290 players while 309 were sold in international transfers, the report showed.

Overall, the COVID pandemic has also brought a considerable drop in the quality of transactions and the level of investments needed by the transfer market.

As a result, clubs were forced to find new and less expensive ways to secure themselves the players they desperately need to add some new silverware in their trophy cabinets.

Namely, during this transfer window clubs of the English Premier League, Spanish La Liga, French Ligue One, German Bundesliga, and Italian Serie A got one player out of three for free, a CIES Football Observatory Study revealed.

The analysis shows that the percentage of free transfers among all of the players signed by the 5 major European championship clubs has significantly increased from 26.2% in 2019 to 32.2%.

The Serie A was particularly active in recruiting players on loan, with a staggering 40,8% – the highest among the big-5 leagues.

This means that almost all of the new signings were made on a temporary base, with an increase of 12,9% in comparison with the previous year.

The study also found that the COVID crisis has also reinforced the tendency for teams to integrate conditional payments and sell-on percentages into the transactions.

An extravagant example of this financial creativity is the transfer of Italian international Federico Chiesa from Fiorentina to Juventus.

The two clubs have agreed on a deal on the basis of a two-year loan, with the Bianconeri paying $2,4 million for the first year and $9,5 for the second.

In order for the transfer to be permanent, Juventus should pay an additional $47 million to Fiorentina if certain conditions are met.

Namely, if the young talent would feature in at least 60% of Pirlo’s squad total caps at the end of the season, or should he score at least 10 goals and 10 assists during this two-years loan spell, the transfer would be permanent.

Additionally, should Juventus finish both seasons in the top 4 places of the Serie A, Chiesa’s move from Florence to Turin would be final, Italian transfer market expert Gianluca Di Marzio reported.

A negative outlook that resulted in a massive drop in Serie A wages. According to Italian daily La Gazzetta dello Sport, the overall salary fell by $85 million over the last year.

In order to bounce back, Serie A is considering selling a minority stake in a newly created company handling the League’s lucrative broadcasting rights for 10 seasons.

Serie A is expected to decide on its media rights by October 13.

Mon Oct 12 , 2020
WASHINGTON (Reuters) – Early lockdowns in an epidemic can substantially reduce infections, and policymakers should be wary of lifting them to jumpstart their economies when infections remain high, the International Monetary Fund said on Thursday. FILE PHOTO: International Monetary Fund logo is seen outside the headquarters building during the IMF/World […] 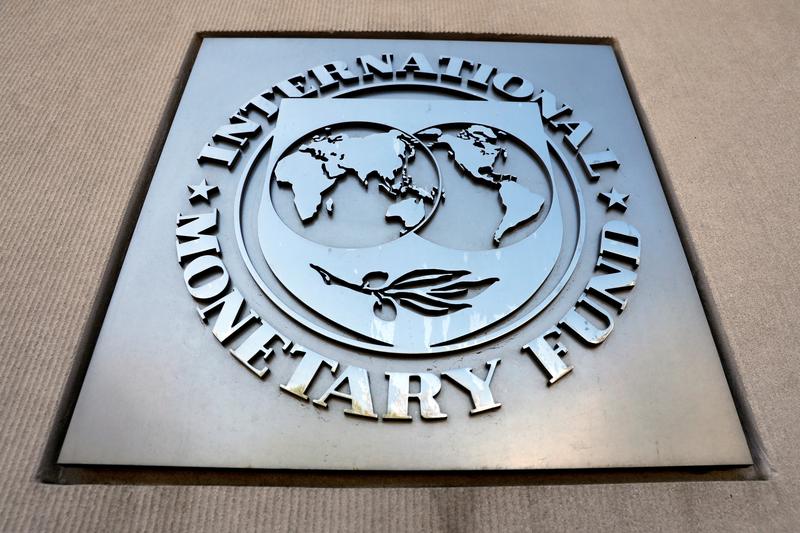