SEOUL, Sept. 18 (UPI) — The Seoul Metropolitan Government announced Friday that it would file a claim for almost $4 million in compensation against Rev. Jun Kwang-hoon, whose Sarang Jeil Presbyterian Church has been at the center of a renewed COVID-19 outbreak in South Korea. In a statement, the city […]

SEOUL, Sept. 18 (UPI) — The Seoul Metropolitan Government announced Friday that it would file a claim for almost $4 million in compensation against Rev. Jun Kwang-hoon, whose Sarang Jeil Presbyterian Church has been at the center of a renewed COVID-19 outbreak in South Korea.

In a statement, the city government said it is seeking $3.9 million in damages against the right-wing pastor “for causing the massive re-proliferation of COVID-19” by holding crowded church services and participating in a large anti-government rally in mid-August in defiance of health mandates.

“Sarang Jeil Church and Pastor Jun Kwang-hoon have caused irreparable damage by causing the massive spread of COVID-19, which is directly connected to the health and lives of citizens,” said Jo In-dong, head of Seoul’s economic planning office, in a statement.

“From now on, the city of Seoul will actively respond to damages caused by violations of quarantine guidelines and acts of obstruction, such as those by Sarang Jeil Church, by mobilizing all administrative power,” he said.

Jun has been accused of impeding epidemiological investigations by providing false information on the church’s gatherings and giving inaccurate membership lists to officials.

Health officials have also complained that congregants hampered their virus-tracing efforts by lying to them and trying to evade investigators.

South Korea had managed to bring down daily local cases of COVID-19 to single digits, but the country saw a surge starting in the middle of August tied to an outbreak at the church. New infections spiked into the triple digits, where they have remained for more than a month, hitting a high of 441 new cases on Aug. 27.

As of Thursday, the Korea Disease Control and Prevention Agency linked 1,168 cases to the Sarang Jeil Church and another 587 to an anti-government rally on Aug. 15.

At the end of August, Seoul further strengthened its measures by limiting operating hours for restaurants and banning dine-in service at some venues including franchise coffee chains and bakeries. The city lifted those extended guidelines earlier this week.

The Seoul government cited the economic impact of the quarantine rules in its claim against Jun, seeking damages not only for the direct health costs of the outbreak but for indirect losses such as reduced public transportation usage.

The city said it would submit its claim to the Seoul Central District Court on Friday afternoon.

Jun, an outspoken critic of President Moon Jae-in’s administration, was indicted in March over allegations that he violated election laws by urging his followers to vote for conservative candidates and for defaming Moon by calling him a spy for North Korea.

He had been free since April while awaiting trial, but was brought back to jail on Sep. 7 after a court ruled that he violated the conditions of his bail by participating in the anti-government protest.

Jun, who tested positive for COVID-19 in August and was briefly hospitalized, called the government’s anti-virus efforts a “fraud” earlier this month and claimed he was “ready to be martyred.”

Fri Sep 18 , 2020
TipRanks 3 Artificial intelligence Stocks to Consider as the Trend Heats Up Working the stock market is a data game. Getting the best information, in a timely way, and knowing how to use it, are keys to success. So, here are some numbers to think about. According to industry market […] 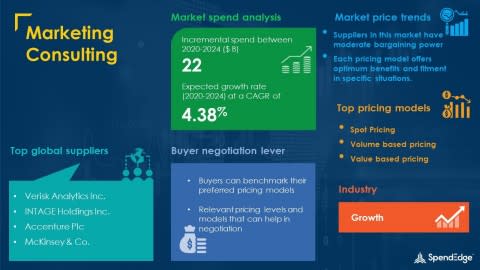