What makes Leo’s assertions noteworthy, however, is that last week his account was identified as a key asset in an alleged Russian disinformation campaign that has been purged from three mainstream social media platforms. But two others, Parler and the far-right Gab, continue to host accounts that reportedly are part […]

What makes Leo’s assertions noteworthy, however, is that last week his account was identified as a key asset in an alleged Russian disinformation campaign that has been purged from three mainstream social media platforms. But two others, Parler and the far-right Gab, continue to host accounts that reportedly are part of the operation, which the independent research group Graphika said “resembled” a previous campaign linked to Russia’s notorious Internet Research Agency, whose social media campaign marred the 2016 presidential election.

Parler and Gab offered different reasons for their inaction: Parler said it had not heard directly from U.S. law enforcement on the issue and, hence, did not need to act. Gab founder Andrew Torba said of the alleged Russian accounts, “They can speak freely on Gab just like anyone else.”

The impact of their decisions is that an alleged Russian disinformation campaign — whose discovery was triggered by an FBI tip and first publicized by a Reuters news report last week — continues to operate with apparent impunity on the platforms where it was most active in targeting American voters.

Among the goals, Graphika found, was to promote Trump’s reelection and denigrate Biden, much as Russians did to Democratic nominee Hillary Clinton in 2016.

Graphika, a New York-based firm that works closely with mainstream platforms such as Facebook, said it was the first known Russian operation on Parler and Gab. The disinformation campaign sought to manipulate conservatives and pushed users toward political extremes with “divisive and hyper-partisan content.”

“Threat actors consistently look for the soft underbelly of the Internet by targeting platforms where they think they won’t be detected or taken down. That’s another reason why independent research matters in this area,” said John Kelly, chief executive of Graphika. “There is a bipartisan consensus that information operations by foreign actors are a threat to the integrity of democracies, and this principle should not stop at the gates of smaller platforms.”

Gab gained notoriety after an account believed to belong to Robert Bowers posted anti-Semitic rants on the platform before allegedly fatally shooting 11 people at a Pittsburgh synagogue in 2018. Bowers has pleaded not guilty.

Torba, the founder, directly attacked the Graphika report and mocked one of its authors in a blog post last week. He said in a statement Wednesday, “We are not going to take any action against a handful of ‘Russian’ Gab accounts that simply share blog posts with opinion and news pieces.”

Parler, founded in 2018 and now with about 4 million users, emerged in recent months as a popular alternative to Twitter for conservatives. Among its users are Republican members of Congress, including Sen. Ted Cruz (Tex.) and Rep. Jim Jordan (Ohio). He and Rep. F. James Sensenbrenner Jr. (Wis.) recently praised Parler for “its commitment to not censor or editorialize.”

The reports renewed questions about what critics see as Parler’s limited approach to content moderation.

Company spokeswoman Kate Brown said in a statement on Wednesday, “No one has filed a complaint, contacted us, or gone through any of the mechanisms Parler provides to alert us to this alleged fraud. If Graphika feels this is a legitimate threat, we welcome them to file a report per our terms of service.”

Sen. Mark R. Warner (Va.), the top Democrat on the Senate Intelligence Committee, expressed concern about the inaction by the companies.

“Parler and Gab are walled gardens built to provide safe harbor for wild conspiracies, white supremacists, and vile hate speech,” Warner said. “It’s of little surprise they would welcome the participation of foreigners cosplaying as Americans.”

The Graphika report last week found that a fictitious group, called the Newsroom for American and European Based Citizens, was operated by Russians and focused on pushing divisive narratives on American racial issues, immigration and globalism.

The operation had a website, as well as one Twitter account and accounts on LinkedIn, which now have been deleted. Facebook blocked efforts to open an account on its site. But affiliated accounts on Gab had 3,000 followers, with 14,000 on Parler, Graphika found. That includes the account for Leo, whose profile describes him as “Against censorship.”

The IRA was indicted by special counsel Robert S. Mueller III in 2018 on charges of election interference. The Treasury Department also has repeatedly imposed sanctions on the IRA, most recently in 2018, though the impact of those sanctions on surreptitious activity on social media platforms is unclear, especially given the uncertainty about who or what, exactly, is behind the alleged Russian operation, said Erich Ferrari, a Washington-based attorney specializing in sanctions law.

Fri Oct 9 , 2020
Restoring faith in the office, improving customer service and enhancing transparency are among the goals shared by Cook County circuit court clerk candidates Barbara Bellar and Iris Martinez. Bellar, a Burr Ridge Republican, and Martinez, a Chicago Democrat, are running to replace Dorothy Brown, who for 20 years has headed […] 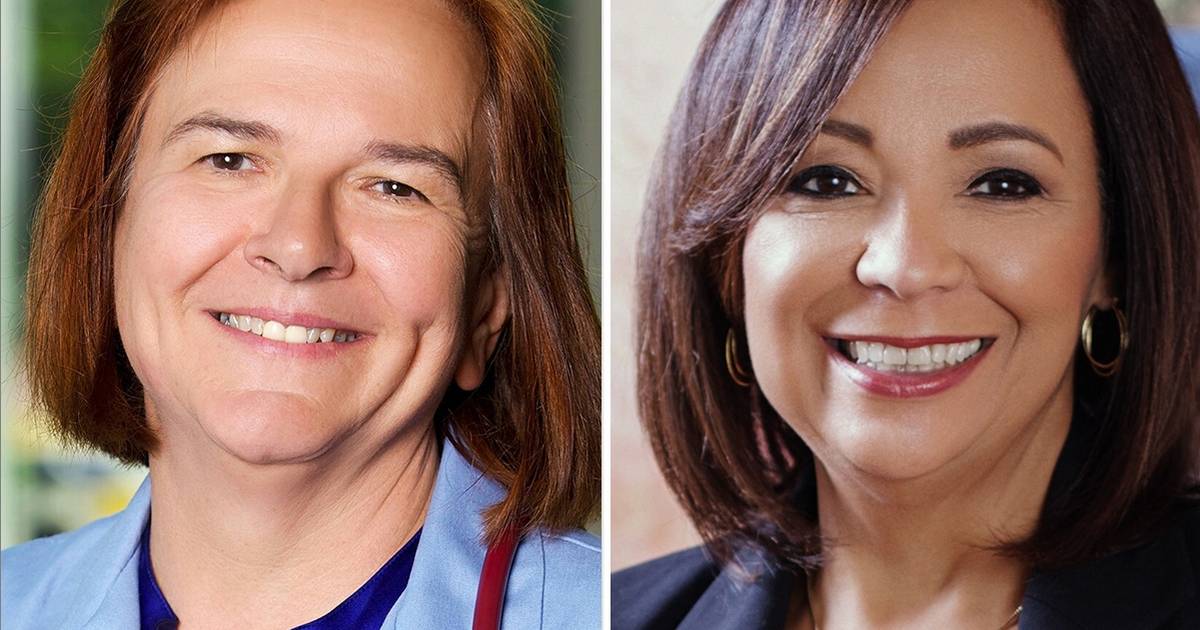