Reviewed by Emily Henderson, B.Sc.Sep 17 2020 The amount of synthetic microfiber we shed into our waterways has been of great concern over the last few years, and for good reason: Every laundry cycle releases in its wastewater tens of thousands of tiny, near-invisible plastic fibers whose persistence and accumulation […]

The amount of synthetic microfiber we shed into our waterways has been of great concern over the last few years, and for good reason: Every laundry cycle releases in its wastewater tens of thousands of tiny, near-invisible plastic fibers whose persistence and accumulation can affect aquatic habitats and food systems, and ultimately our own bodies in ways we have yet to discover.

And according to researchers from UC Santa Barbara’s Bren School of Environmental Science & Management, that’s not the whole picture.

In a new study published in the journal PLOS ONE, they found that the volume of synthetic microfibers we release to terrestrial environments from our wash cycles rivals — and may soon eclipse — the amount that winds up in our oceans, rivers and lakes.

“The emissions of microfibers onto terrestrial environments — that was a known process. But the magnitude of the issue was not well known,” said Jenna Gavigan, who led the study, the first ever to examine the problem on a global scale.

Using global datasets on apparel production, use and washing with emission and retention rates during washing, wastewater treatment and sludge management, Gavigan and colleagues estimate that 5.6 million metric tonnes (Mt) of synthetic microfibers have been emitted from apparel washing between 1950 and 2016, with 2.9 Mt finding their way into waterbodies and a combined 2.5 Mt emitted onto terrestrial environments (1.9 Mt) and landfilled (0.6 Mt).

If you look at the figures you can see the enormous growth in synthetic clothes production, and as a result, increased synthetic microfiber pollution.”

Indeed, according to the paper, about half of the total synthetic microfiber emissions since 1950 (the dawn of synthetic fiber mass production) were generated in the last decade alone.

Thanks in large part to the global appetite for fast fashion and its tendency toward cheaper, mass-producible synthetic fibers, as well as increased access to washing machines, our laundry is polluting not just the ocean, but the land, too.

Where is it coming from, this enormous — and until now, largely unnoticed — mass of synthetic microfibers? It turns out that in the effort to keep them from getting in our waterways, these fibers are accumulating in the sludge of wastewater treatment plants.

“Wastewater treatment is not the end of the pollution,” said industrial ecology professor Sangwon Suh, who also is a co-author on the study. With a roughly 95-99% removal efficiency, all but the tiniest microplastics are caught in the sludge, which is treated and turned into biosolids, and “predominantly used in land applications,” as fertilizer and soil amendments.

“A smaller percentage goes to the landfill,” Gavigan said. “The smallest percentage gets dumped into the ocean in some countries, and some of it is incinerated.”

According to the researchers, preventing emissions at the source — whether by using a microfiber capture device, selecting a gentler wash method, washing clothes less often or foregoing synthetic fabrics — would be more effective at mitigating microfiber pollution than trying to capture the fibers after the wastewater is sent to the treatment plant.

This sobering study has its roots in a 2016 Bren group project in which several graduate students, in research conducted for the outdoor apparel company Patagonia, sought to study the conditions that affect garment shedding.

That undertaking focused primarily on the microfiber-laden effluent leaving the washing machine, and produced influential research that raised awareness of the synthetic microfiber problem.

The collaboration also inspired a 2017 microfiber leadership summit co-hosted by the Bren School and the environmental organization Ocean Conservancy, in which more than 50 stakeholders, including representatives from industry, government, the research community, the apparel sector and environmental nonprofits convened to try to get their arms around the issue. The result? A road map based on a shared vision, and action items for each stakeholder to steer toward solutions.

“When it comes to microfiber pollution, these new findings show that the ocean has been the canary in the coal mine, and that plastic pollution is far more pervasive in our environment than originally thought,” said Nick Mallos, senior director of Trash Free Seas® at the Ocean Conservancy.

“Fortunately, simple and effective solutions — like adding filters to washing machines — exist. We urge manufacturers to make these modifications standard.”

This global assessment of synthetic microfiber emissions is part of a larger picture of microplastics in the environment that the researchers hope to fill in as they uncover the pathways these tiny fibers take. For instance, what other sources contribute these fibers to the environment?

How do they move around and what systems may be affected? How do these microfibers interact with the biota of a region? Gaining answers to these and other questions could lead to practices that mitigate or prevent the effects of global synthetic microfiber pollution, even as consumption increases.

“There are huge unknowns,” Suh said. “The amount of microplastics and microfibers that are generated is quite massive and continuing to rise, and if it continues there will be big changes, the consequences of which we are not yet sure. That’s what makes it concerning.”

Sat Sep 19 , 2020
SPRINGFIELD — Saying its making the “best out of a Wurst situation,” The Student Prince and The Fort Restaurant will add “Fort Fair Food” to its lunch and dinner menu outdoors under a Fort Street big top in place of the cancelled The Big E. This would have been opening […] 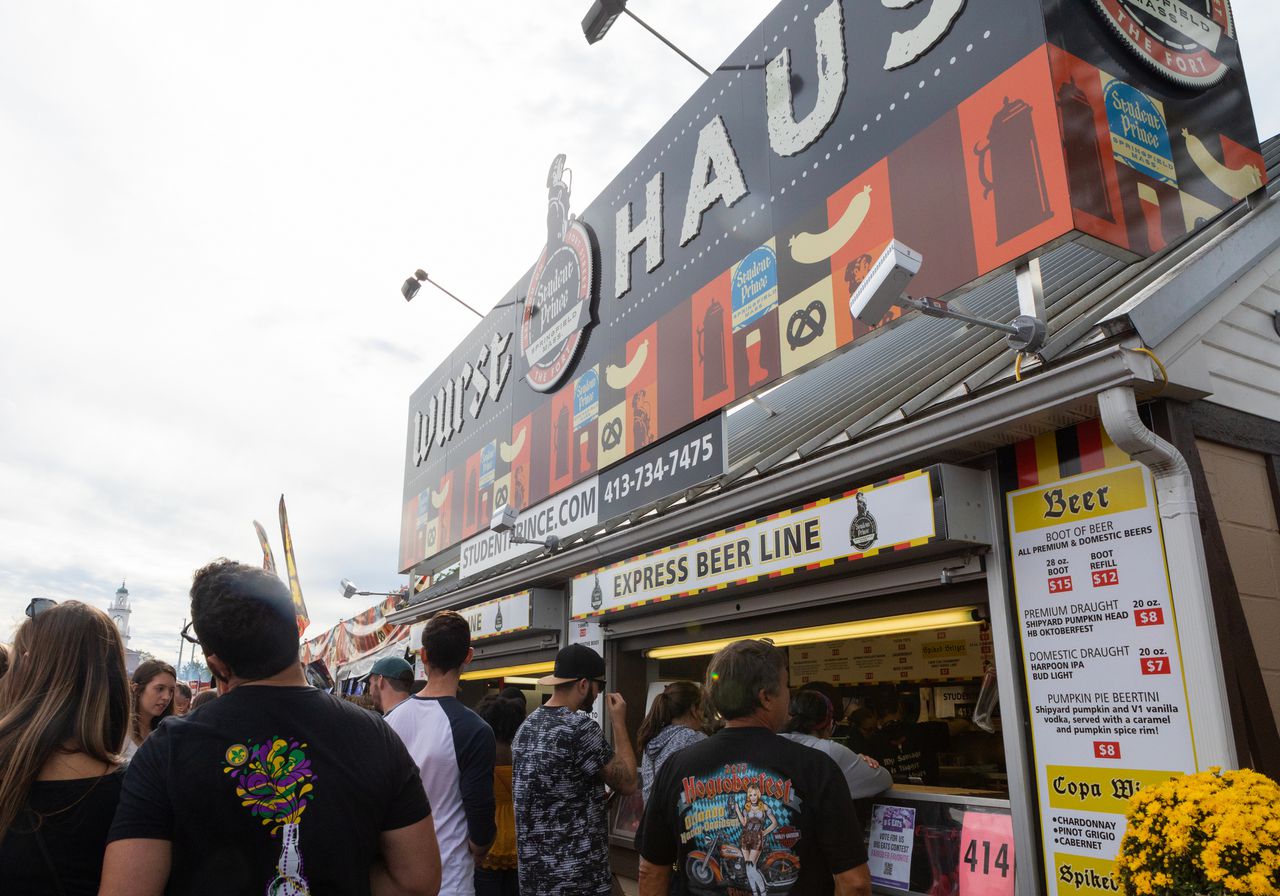