KEY POINTS Pope Francis’ latest Encyclical letter denounced war as a means of addressing conflict between nations and the Catholic Church’s own stance on war He said the coronavirus pandemic exposed the failings of modern capitalist markets and called for reforms The letter draws inspiration from the Pope’s namesake, Saint Francis […]

Pope Francis has called for unity from world leaders after saying the coronavirus pandemic exposed the problems with current politics. His ideas to promote this unity included reforms that promote dialogue between nations instead of war and address the current role market capitalism plays.

“As I was writing this letter, the COVID-19 pandemic unexpectedly erupted, exposing our false securities. Aside from the different ways that various countries responded to the crisis, their inability to work together became quite evident,” the letter said. “For all our hyper-connectivity, we witnessed a fragmentation that made it more difficult to resolve problems that affect us all. Anyone who thinks that the only lesson to be learned was the need to improve what we were already doing, or to refine existing systems and regulations, is denying reality.”

The letter, which draws on the teachings of Francis’ namesake, St. Francis of Assisi, insists nations seek routes of peace when faced with potential conflicts instead of being so quick to rush to war. He included the Catholic Church in this denouncement of war, saying its doctrine accepting war in the case of defense has been taken out of context and does not work in the modern world.

“War can easily be chosen by invoking all sorts of allegedly humanitarian, defensive or precautionary excuses, and even resorting to the manipulation of information,” the letter said. “In recent decades, every single war has been ostensibly ‘justified’. The Catechism of the Catholic Church speaks of the possibility of legitimate defense by means of military force, which involves demonstrating that certain ‘rigorous conditions of moral legitimacy’ have been met.”

“We can no longer think of war as a solution, because its risks will probably always be greater than its supposed benefits. In view of this, it is very difficult nowadays to invoke the rational criteria elaborated in earlier centuries to speak of the possibility of a ‘just war’. Never again war!”

Francis also said the coronavirus pandemic exposed greater problems across the world, such as social injustices which led to the wave of Black Lives Matter protests and people lacking access to decent healthcare. He argues one of the root causes of these problems is the modern capitalist market structure and its inability to adequately address these problems.

“The marketplace, by itself, cannot resolve every problem, however much we are asked to believe this dogma of neoliberal faith,” the letter said. He refers to ideas like trickle-down economics, where wealth trickles down from the top of society, as a “magic theory” that instead leads to increased economic inequality and more violence.

“It is imperative to have a proactive economic policy directed at “promoting an economy that favours productive diversity and business creativity” and makes it possible for jobs to be created and not cut, the letter said. “Financial speculation fundamentally aimed at quick profit continues to wreak havoc.”

“The fragility of world systems in the face of the pandemic has demonstrated that not everything can be resolved by market freedom. It has also shown that, in addition to recovering a sound political life that is not subject to the dictates of finance, “we must put human dignity back at the center and on that pillar build the alternative social structures we need.””

He does warn these reforms must be crafted and invoked carefully so as to avoid the rise in extreme populism, which gave rise to political leaders like U.S. President Donald Trump and Brazil President Jair Bolsanaro.

Wed Oct 7 , 2020
Deutsche Bank AG (NYSE: DB) CEO Christian Sewing claimed that the four-year strategic turnaround plan is the first priority for the German bank, but didn’t rule out a merger early next year. According to Bloomberg, a takeover deal could be in the cards only if the bank’s profitability improves in 2021. […] 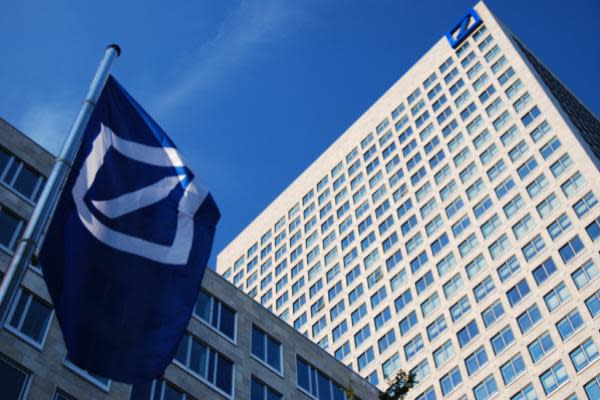