A new poll has found the public views Scottish ministers’ handling of coronavirus as markedly better than their UK counterparts. The Survation survey of more than 2,000 Scots – carried out for pro-independence group Progress Scotland – shows 67% believe the Scottish Government is competent, while 70% viewed Boris Johnson’s […]

A new poll has found the public views Scottish ministers’ handling of coronavirus as markedly better than their UK counterparts.

The Survation survey of more than 2,000 Scots – carried out for pro-independence group Progress Scotland – shows 67% believe the Scottish Government is competent, while 70% viewed Boris Johnson’s Cabinet as not competent.

First Minister Nicola Sturgeon also received higher ratings for her handling of the pandemic than the Prime Minister for his.

Progress Scotland managing director Angus Robertson said: “This poll illustrates the significant difference in general public attitudes between the UK Government and the Scottish Government, which is largely positive towards Holyrood and negative towards Westminster.

“These findings are also mirrored in relation to specific questions on the handling of the coronavirus pandemic and between First Minister Nicola Sturgeon and Prime Minister Boris Johnson.


“Earlier parts of the poll have already been released which reflect how much opinion is changing in Scotland and impacting on views towards Scottish independence.

“The poll has already established that the highest-ever percentage of voters in Scotland now believe that there would be a Yes victory if a referendum were held tomorrow and that one-third of 2014 No voters have changed their minds to Yes or are not sure how they would vote.”

Perceptions of how the Scottish Government has dealt with the pandemic are significantly higher than perceptions of the UK.

When asked on a 0-10 scale for each government, 27% gave the UK Government the lowest score, compared with just 9% giving the Scottish Government a 0 score.

The maximum 10 out of 10 score was given to the Scottish Government by 15% compared with just 2% for the UK Government.

Almost four in 10 Scots gave Johnson 0 out of 10 for his handling of the crisis compared with just 2% who scored him 10 out of 10.

A UK Government spokeswoman said: “From the very start of the pandemic, the UK Government has focused on stopping the spread of coronavirus and keeping people safe, while also doing everything we can to protect the economy.

“The UK Government works for people in all parts of the country.

“UK Government schemes have supported more than 930,000 jobs in Scotland, a third of the workforce, and given crucial support to Scottish businesses.

“The UK Government is providing mass Covid testing across the country and we have given the Scottish Government an additional £7.2 billion to cope with the pressures of the pandemic.

“The value of that support, and the importance of the Union, has never been more important than over the past few months.”

Tue Oct 13 , 2020
Lloyd’s of London is reviewing the way insurance products are designed and sold as it calls for simpler products in response to the coronavirus pandemic, the commercial insurance market said on Monday. Insurers have suffered reputational damage as a result of complex products which are hard for businesses to understand, […] 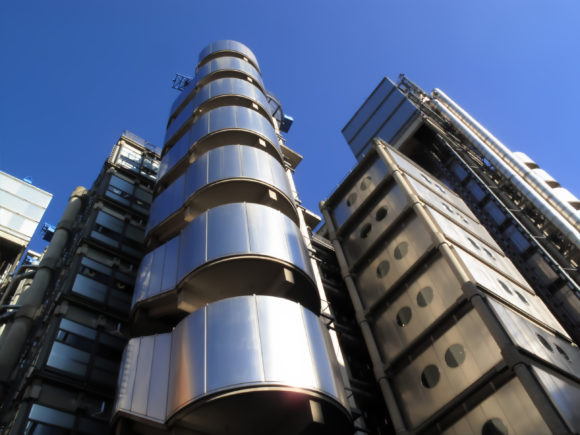