Frustrated Peloton customers say it’s taken weeks and even months for the fitness company to make repairs to their broken bikes. They described issues like their left pedal detaching from the bike mid-ride. Peloton temporarily ended in-home service appointments because of the coronavirus pandemic, but it has since restarted the […]

She was pedaling out of the saddle — when riders stand up on their pedals, putting all of their weight on their feet — when her left pedal abruptly fell off.

She landed hard on her tailbone, injuring herself.

“Our Peloton is in our basement. My husband was on our second floor,” Carr said. “Two floors up, he heard me scream.”

She and her husband surmised the problem likely arose during delivery and assembly.

“[We] were looking at the pedal to see how it would have come off, and we saw it was never even threaded in the whole way,” she said.

Carr, who lives in Massachusetts, immediately called Peloton’s customer-service line and waited on hold for about 40 minutes.

Once she was connected, a representative said she wouldn’t be able to schedule a time for a technician to come by, but said Carr should email over photos of her broken bike pedal, which Carr did.

This was at the end of July, when Peloton had begun in-home service appointments in certain areas and was dealing with a large backlog of requests that had been halted because of the pandemic.

With no response or solution four days after the pedal broke, Carr once again called customer service and was put on hold for two hours. She decided to follow up again over email.

The next day, Carr was able to schedule a date for a technician to come by and fix her bike. By the time it was fixed — which Carr said took the Peloton technician only a few minutes — her bike had been out of commission for about three weeks.

In the meantime, the customer-service team offered Carr three months of class streaming free. An All-Access Membership with Peloton costs $39 a month and includes access to bike, running, yoga, strength, and meditation classes.

“I wasn’t expecting anything from them, but I wanted to tell them I got hurt so that if somebody else, if this could happen to somebody else, it could have been way worse,” she said.

As Peloton deals with overwhelming demand for its connected-fitness products amid the ongoing coronavirus pandemic, some customers are having to wait months to receive their bike deliveries.

Peloton reported a 172% sales increase year over year in the most recent quarter, and in a letter to shareholders last week CEO John Foley wrote that the company expects order delays to continue through at least June 2021.

Some, like Carr, who have already received their bikes, say they’re having trouble getting problems fixed promptly.

Business Insider spoke with six Peloton customers who described frustrating experiences with the fitness company’s customer-service representatives. These customers described long hold times, conflicting guidance around repairs, and difficulty scheduling times for a technician to come to their homes.

Two of the customers said reps seemed overwhelmed and unable to put solutions in place.

“Our support team is doing their absolute best to address any issues that arise as we balance delivery and service appointments with the guidance and requirements of local governments during this challenging time,” a Peloton spokesperson said in a statement to Business Insider.

“We welcome feedback and encourage any members who have questions or concerns to contact our member support team.”

Broken pedals and other problems

Carr isn’t the only Peloton customer who reported having a problem with the bike’s left pedal.

A search for “left pedal” in the company’s official Facebook group yields dozens of comments about similar issues, and two other customers speaking with Business Insider reported that the left pedal had detached unexpectedly while they were riding their bike.

Sara Shawki, in San Francisco, ordered her Peloton bike in early March, just before coronavirus-related shutdowns went into effect. She received her bike two weeks later and started using it three to five times a week.

During her third week using it, she noticed that the pedals felt a little unstable, and she tried to tighten the screws to fix the issue. Not long after, the left pedal sheared off in the middle of a ride, when she was out of the saddle.

At the time, Peloton was not doing in-home repairs because of the pandemic, so a customer-service rep told Shawki that they would send her a kit to try to fix it herself. The first time she got a shipment from the company, only a wrench was inside, and not the new pedal and crank arm she would need to fix the bike.

By mid-May she’d received the correct parts, but when she went to make the repair, she found that the bolt was too stripped to repair. At that point, a rep told Shawki that the company was no longer encouraging users to make repairs themselves and she would need a new bike frame, but that they would contact her when they were able to schedule a technician visit.

Several weeks passed. Shawki said she called Peloton every week to see if they were scheduling repairs. Then, in June, a rep emailed her that they could schedule a time for a technician to come and repair her bike. By the time her frame was replaced, it was mid-July, three months after her pedal broke.

Peloton describes its COVID-19 precautionary measures in a section of its Support page, saying: “We previously took precautionary steps to prevent the further spread of COVID-19, including pausing service visits in Members’ homes. We have started to resume these service visits in select areas and will continue to add additional locations in the coming weeks. “

Like Carr, Shawki was offered a couple of months free of Peloton’s streaming subscription. But she was frustrated by the amount of time she spent waiting on hold with customer service and by the fact that her bike was unusable for such a long period.

“It seems like since they are profiting so much during the pandemic, it’s a little bit odd to me that can’t either increase the amount of reps or offer some other sort of compensation for having to wait, besides a couple of free months of membership,” she said.

Other customers speaking with Business Insider described several different issues, like sensors that were off-kilter or tablets displaying incorrect metrics.

Users posting about their experiences on social media are often quick to blame Peloton’s delivery provider, XPO Logistics, for assembling their bikes incorrectly. Business Insider’s Rachel Premack reported in September of last year that frequent complaints of XPO damaging customers’ homes or fitness equipment during delivery were becoming a liability for Peloton.

Still, some of the bikes with issues were being delivered and assembled by Peloton technicians and not XPO, according to the customers speaking with Business Insider.

For the left-pedal issue in particular, many have speculated that the issue arises because the left pedal is meant to be threaded in a different way from the right.

“When I got the new bike delivered, I did ask the delivery people specifically to make sure that they threaded it correctly,” Shawki said.

For the customers who spoke with Business Insider, the frustration they felt was not specifically over something going wrong with the bike but that it took many phone calls and long waits for a repair to be arranged, especially given the high price tag.

“Their reps seem super stressed out, especially because they weren’t even allowed to connect people directly to managers,” Shawki said.

Rob Mullally decided to return the bike he purchased in March because of a persistent metal-scraping sound that happened when the resistance nob was turned. The issue began the first time the bike was ridden, but since Peloton wasn’t picking up bikes for repair because of COVID-19 restrictions, he felt stuck with the defunct bike and asked for a refund instead.

He said he was frustrated that his refund wasn’t processed until the bike could be picked up, at the end of July.

“It’s a premium product,” Mullally said. “It’s a lot of money to spend on a piece of exercise equipment. So I guess I was expecting a higher-quality piece of equipment that wouldn’t have this kind of issue, or if it did that they would accommodate the customer.”

Most customers said they were still pleased with their bikes once the repairs were done, and that ultimately the bike’s convenience and the quality of the classes made it worth the hassle, especially as many continue to stay home.

“Overall, I understand that these kinds of things happen,” Mullally said. “It was kind of a unique circumstance. Had the COVID situation not been going on, maybe it would have been a wonderful experience, and I’d be enjoying my Peloton right now. So I don’t hold a big grudge against them.”

Are you a Peloton member or employee with a story to share? Contact this reporter at [email protected] or using the secure messaging app Signal at 646-889-2143 using a nonwork phone.

Sat Sep 19 , 2020
Deception by private health insurance sales agents can lead consumers into making costly mistakes, the Government Accountability Office (GAO) warned in a report released today. “Sales representatives in some cases (engage) in potentially deceptive marketing practices that could lead a consumer to make poor decisions with the potential to incur […] 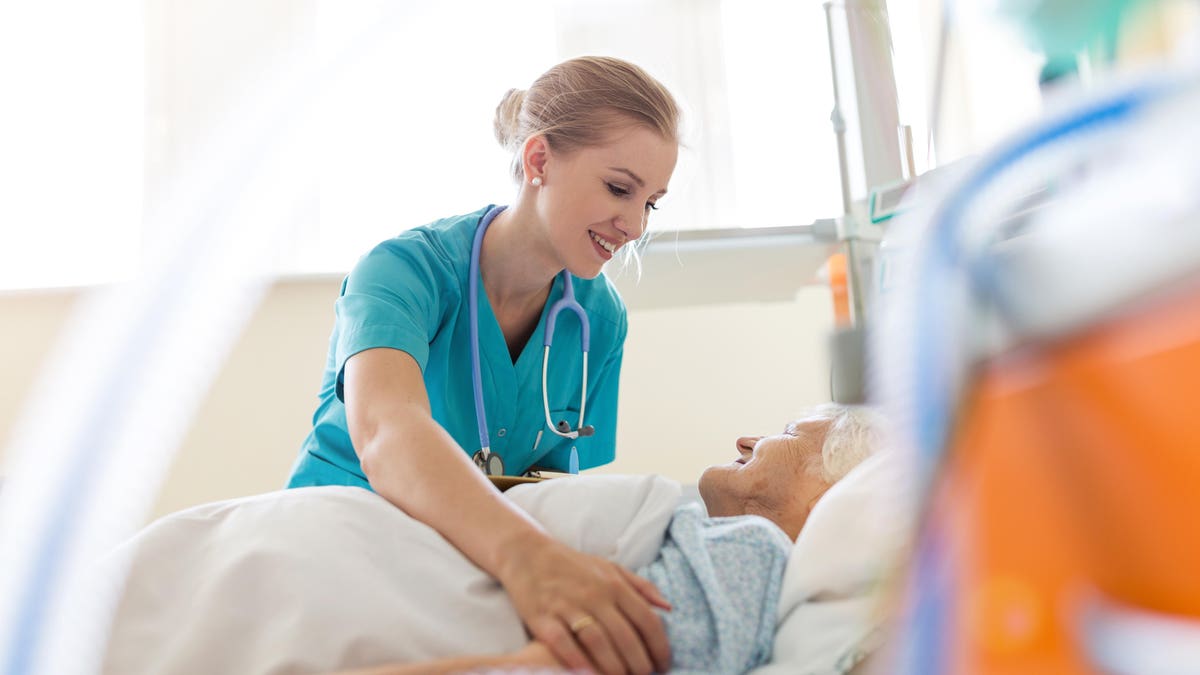