ANALYSIS/OPINION: While President Trump is doing the impossible — orchestrating Middle East peace — Democrats only seek to score political points, to the peril of Americans and our closest allies. As Mr. Trump was closing the borders to China, COVID-19’s provenance, Nancy Pelosi was promoting tourism to Chinatown and Joe […]

While President Trump is doing the impossible — orchestrating Middle East peace — Democrats only seek to score political points, to the peril of Americans and our closest allies.

As Mr. Trump was closing the borders to China, COVID-19’s provenance, Nancy Pelosi was promoting tourism to Chinatown and Joe Biden was charging “xenophobia.” Then, in the next breath, they lambast him for not acting soon enough. Democrats demand closure and compulsory masks, until it’s not to their personal convenience as in Nancy’s hairdresser’s. Exposed, she shrieks “it was a set up!” Just how stupid do they take people to be?

Since every utterance is partisan, there should be no surprise that Mrs. Pelosi seeks to block a U.S.-U.K. trade deal, if our closest ally dared act against her judgment.

On background, the European Union is trying to blackmail the United Kingdom into giving up its sovereignty by threatening to withhold the listing for food imports that it has easily granted Afghanistan. The effect of this would be to cut off food supplies between Northern Ireland — an integral part of the U.K. — and the rest of the country. In response, the U.K. government has suggested a need to legislate — to combat EU blackmail. Impossible to imagine Americans accepting Boris Johnson supporting NAFTA stopping food crossing state lines in the United States.

Nevermind that such a deal is in the interests of America, creating jobs, bringing significant economic opportunities for businesses and individuals on both sides of the Atlantic, providing a significant shot in the arm to the U.S. and U.K. economies in the post-lockdown world. Most hypocritical of all, Mrs. Pelosi was never going to support passage of such a deal anyway; this has clearly been the Democratic position all along. And why? Because whatever President Trump supports, no matter the value to America and our allies, must be opposed. Trump Derangement Syndrome at its most harmful extreme.

This is not the first time that a Democrat has waded into the U.K.’s fight for independence from the EU. On his 2016 visit to the U.K., President Obama, in efforts to lend support to the anti-Brexit campaign, likewise threatened that post-Brexit Britain would be at the “back of the queue” for a trade deal with the U.S. Having the opposite effect, this rightfully outraged Britons, annoyed at his interference, and some have argued, strengthened the resolve to Brexit.

Likewise, Mrs. Pelosi is completely irresponsible to interfere in the policy of another sovereign nation. Her pretext for intervening is supposed concern for the Northern Ireland peace accord, the “Good Friday Agreement,” for which the Clinton administration claimed credit. But Mrs. Pelosi’s analysis is thin. The U.K.’s action is consistent with the accord and the EU’s threat inconsistent with it — precisely why the U.K. needs to combat the EU threat.

Unlike Theresa May, Prime Minister Boris Johnson is determined both to keep his promise to deliver the Brexit the British people voted for — one which does not have strings attached — and to preserve the integrity of the U.K. — which is wholly necessary to support the Good Friday Agreement. The agreement with the EU that Mr. Johnson inherited from Mrs. May is hugely flawed. It was workable provided the EU negotiated in good faith to produce a free trade agreement and separately, agreements on other important matters, such as fishing in UK sovereign waters.

Instead, the EU is in breach of the Withdrawal Agreement on that basis alone. Furthermore, it has tried to tie its demands to the trade agreement, including fishing rights, that is supposed to be kept separate. Worst of all, the EU has attempted the nuclear option — acting in a way that threatens a border between parts of the U.K. Would Mrs. Pelosi accept this imposition by NAFTA between U.S. states?

The U.K. Internal Markets Bill, the legislation on which Mrs. Pelosi now seeks to exert influence, is the U.K.’s necessary response to fight off the EU breach of the Withdrawal Agreement and to preserve the U.K.’s integrity. As usual, Mrs. Pelosi is on the wrong side. And the disingenuousness of her position is that she was opposed to any agreement negotiated by Mr. Trump in any circumstance.

Britain must stand its ground and do what is right for Britain. It must forge ahead undaunted by criticism that, by stepping away from its initial agreement, it is flouting international law. A sovereign people’s will and laws must always trump international treaties — without irresponsible Democratic interference. The U.S. with whom it has the most intimate of economic and defense relationships will still trust the U.K. Considering the double dealing and animosity of the EU in the whole Brexit process, the EU does not deserve anything more.

As for House Speaker Pelosi, considering her behavior during the pandemic, not only does she not have a mask to don, she doesn’t have a leg to stand on.

• Lee Cohen is a fellow of the U.K.’s Bow Group and of the Danube Institute. A specialist on the U.S-U.K. relationship, he formerly advised the House Committee on Foreign Affairs and founded the Congressional United Kingdom Caucus. He tweets at @leesco3.

Fri Sep 18 , 2020
A recent survey from KPMG LPP found that 54 per cent of Canadians are afraid to return to their workplaces because of concerns about the pandemic and 59 per cent will refuse to go back to the office if they don’t feel safe enough. nito100/iStockPhoto / Getty Images While concerns […] 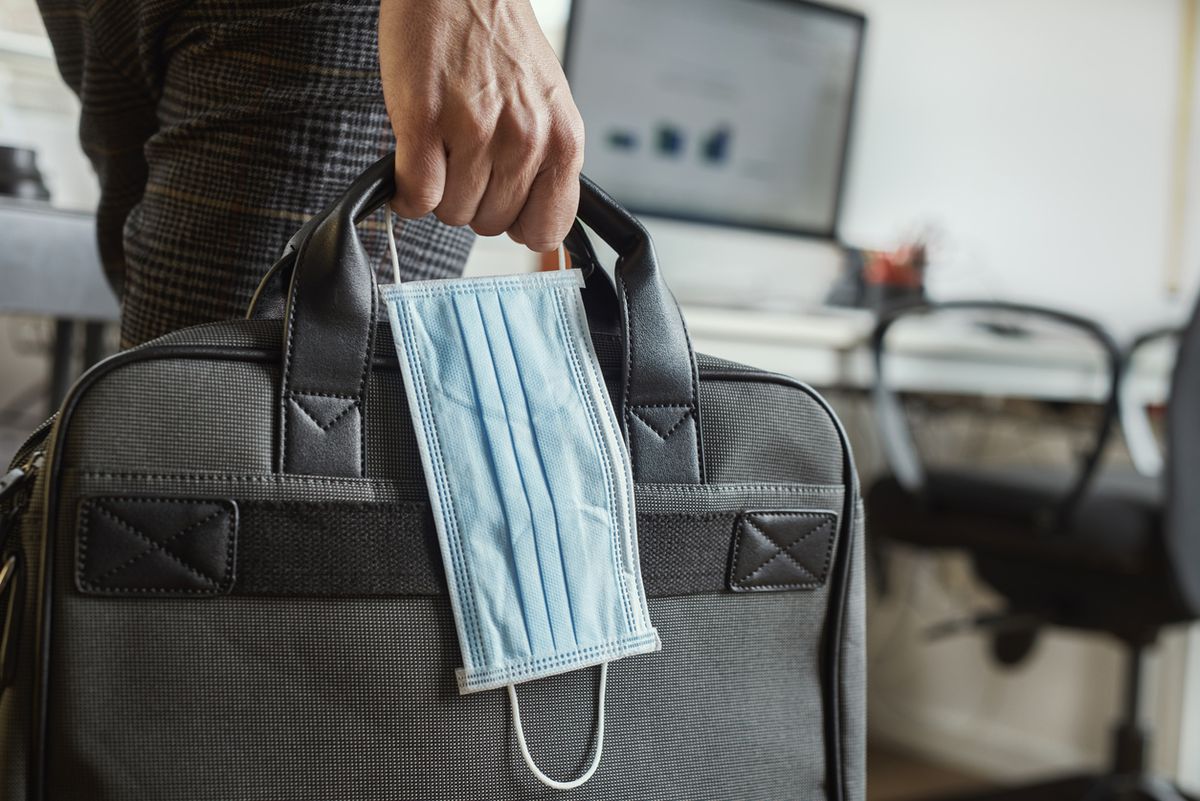