Topline Oracle and Walmart have agreed to acquire a 20% stake in TikTok’s global business as part of a pre-IPO financing round, the ByteDance owned video-sharing platform announced in a press release on Saturday, moments after President Donald Trump told the press that he had given his “blessing” to the […]

Oracle and Walmart have agreed to acquire a 20% stake in TikTok’s global business as part of a pre-IPO financing round, the ByteDance owned video-sharing platform announced in a press release on Saturday, moments after President Donald Trump told the press that he had given his “blessing” to the deal.

Oracle will acquire 12.5% of the video sharing platform, while Walmart will have a 7.5% stake.

As part of the deal, Oracle will serve as TikTok’s “secure cloud technology provider” and Walmart will be a commercial partner by entering “into commercial agreements to provide our e-commerce, fulfillment, payments and other omnichannel services to TikTok Global,” Walmart said in a statement.

The partnership will create a new company, TikTok Global, that will go public in less than 12 months on a U.S. exchange, and over time “U.S. ownership of TikTok Global will increase and continue to grow,” according to a joint statement from both Oracle and Walmart.

The deal still has to be formally approved by U.S. regulators, but Trump on Saturday told reporters he likes the agreement “in concept” and gives it his blessing, though it still falls short of Trump’s initial ask for TikTok to be sold entirely to a U.S. company.

Trump said the new entity would likely be incorporated in Texas and include a “$5 billion contribution” for a “large fund” for the “education of American youth,” but it’s unclear where exactly the money is going because both Oracle and Walmart referred to it as “5 billion in new tax dollars to the U.S. Treasury.”

Commerce Secretary Wilbur Ross said Saturday night he will delay for a week restrictions set to take effect Sunday that would have banned the app from the App Store and the Google Play Store.

In its press release, Oracle said it will “combine its secure cloud technology with continuous code reviews, monitoring, and auditing to provide unprecedented assurance that U.S. TikTok user data is private and secure.” Earlier this week Bloomberg had reported that Oracle will get full access to TikTok’s source code and updates to ensure the platform’s Chinese parent cannot add any security backdoors to access data from the app’s U.S. users.

The Oracle proposal, which was first announced last week, faced pushback from Republican lawmakers including Sen. Josh Hawley (R-MO) who wrote an open letter to the Treasury Department calling for it to reject the deal on national security grounds. Sen. Marco Rubio (R-FL) and a group of other Republican lawmakers had also written to Trump asking him to reject any deal that would allow “China-based or controlled entities to retain, control or modify the code or algorithms that operate any U.S.-based version of TikTok.”

The White House has targeted TikTok over concerns the Chinese government could force it to hand over data on American users, though TikTok has previously said it would not comply with such a request.

What To Watch For

Apart from the U.S. government the proposed deal will also require approval from Beijing, TikTok’s Chinese parent ByteDance had said on Thursday. Last month, the Chinese government added AI technologies—including ‘‘personalized content recommendation” tools like the one used by TikTok—to its export controls list, effectively necessiating the Beijing’s approval for any deal.

Facebook Launches Poll Worker Recruitment Drive Ahead of US Election

Sun Sep 20 , 2020
(Photo via Facebook) With COVID-19 running rampant across the US, people aren’t exactly itching to spend hours inside their local polling station come November. Staff shortages, however, mean long lines and even longer delays in vote counting. So what will it take to entice folks to participate in the democratic […] 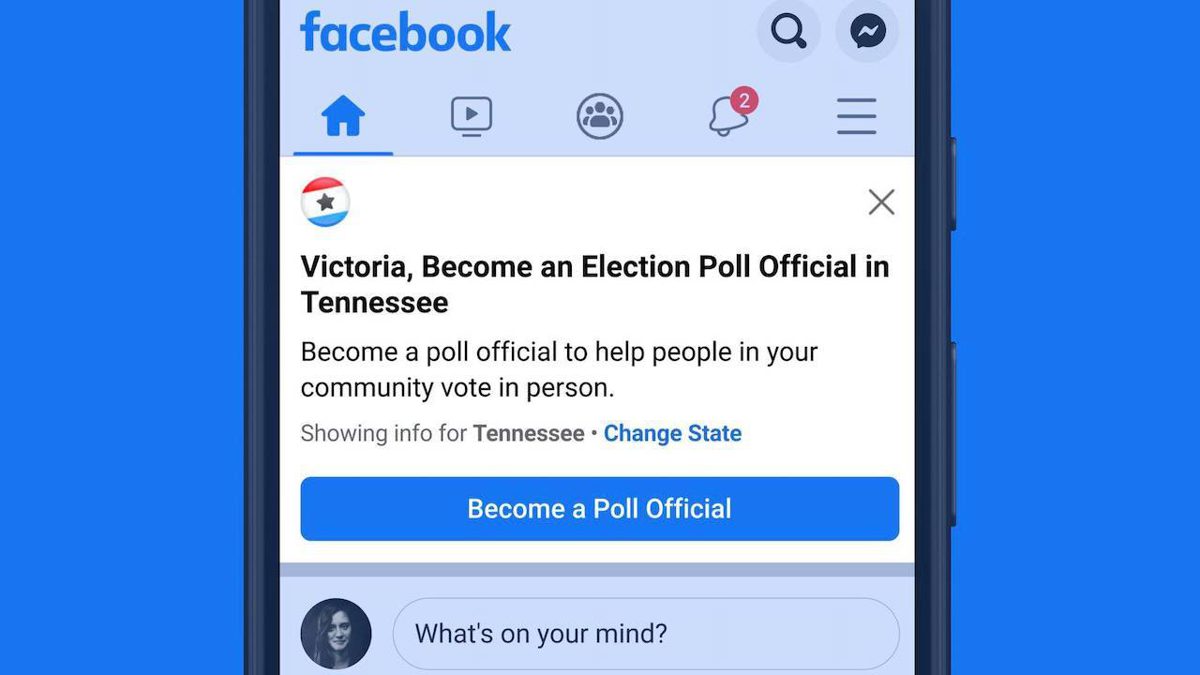