Violent crime has surged to record highs across Minneapolis this year, rising in more prosperous neighborhoods that typically experience few such incidents while continuing to exact the heaviest toll in the city’s poor, ethnically diverse areas. Through last week, the city had logged 3,674 violent crimes — defined as homicide, […]

Violent crime has surged to record highs across Minneapolis this year, rising in more prosperous neighborhoods that typically experience few such incidents while continuing to exact the heaviest toll in the city’s poor, ethnically diverse areas.

Through last week, the city had logged 3,674 violent crimes — defined as homicide, rape, robbery and aggravated assaults — up 17% from the previous five-year average for this period, according to a Star Tribune analysis of police statistics.

City Council members, who have gained national attention for their calls to defund the Minneapolis Police Department, last week shifted focus and pressed Chief Medaria Arradondo to address crime in their wards. He assured them that his department was up to the task of dealing with soaring gun violence, as well as a series of brazen daylight carjackings and robberies in parts of the city.

The police department has experienced a wave of officer departures since George Floyd’s killing. Insiders say that department morale has sunk, and that some officers have become more wary of conducting proactive police work out of fear they’ll be fired or prosecuted for actions taken on the job. And in an e-mail obtained by WCCO-TV news last week, Third Precinct Inspector Sean McGinty expressed doubts about the existence of a long-term plan to address the area’s crime problems.

Dave Hall, who lives near Lowry Avenue on the North Side, said he’s become almost desensitized to the sound of gunfire outside his home.

“So it’s almost the sense of normalcy, but also scary at the same time,” Hall said, recalling that two bullets flew into his home one night this summer.

“I’ve had to move rooms around in my house, so I’m spending more time in the back,” he said.

Emboldened by lack of cops

Linden Hills, for example, recorded 10 violent episodes so far this year, up from the three it has averaged over the previous five years. Lowry Hill logged 12 robberies, up from the five-year annual average of roughly two.

And in June, a shootout between what police believe were rival gangs broke out on a crowded Uptown street, wounding 12 people.

But in terms of raw numbers, the increase in violence that intensified after the unrest over the police killing of George Floyd is exacting a heavier toll on neighborhoods already suffering the effects of trauma, poverty and lack of access to adequate health care. In a city with some of the worst racial disparities in the U.S., those areas tended to have higher concentrations of Black, Latino and other nonwhite residents.

The North Side’s Hawthorne neighborhood, for example, has experienced 213 violent crimes so far this year, a 36% increase from the year-to-date annual average of 157 such incidents. Whittier, Jordan and Near North saw equally large increases.

Belal Hijazi, owner of the Full Stop gas station on Lowry Avenue, said that things have gotten worse in recent months. People who used to hang out at other nearby stations that burned down after Floyd’s death now congregate outside his station, he said. The violence came to a head when a man was shot and killed while sitting in a car in the alley behind the station.

Some troublemakers seem to be emboldened by the lack of police presence, Hijazi said.

“ ‘I can sell drugs here, I can shoot here,’ they carry guns, they don’t care about anything,” he said, adding that he got so fed up a few months ago that he hired an off-duty police officer to keep an eye on things.

Like other U.S. cities, Minneapolis has seen a startling rise in homicides amid the COVID-19 pandemic and nationwide unrest over the recent high-profile killings of African-Americans like Floyd.

But other violent crime categories have increased as well.

Citywide, serious assaults, including shootings and stabbings, were up 25% and robberies were up 11% compared to the five-year average. Reported rapes were down 10% — the only violent crime category showing a decline.

Property crimes were up 11%, fueled by a significant rise in stolen cars in neighborhoods like Marcy-Holmes and Seward. The city recorded 53% more arsons than usual, largely due to post-Floyd riots.

But the nearly doubling of homicides has grabbed the most headlines.

Through Friday, the city had recorded 59 homicides, according to a database maintained by the Star Tribune. The last time Minneapolis had that many killings was in 1998, when the city had about 80,000 fewer residents. The city set its annual homicide record of 97 in 1995, which earned it the grim nickname “Murderapolis” in the New York Times. It counted 83 killings the following year.

Minneapolis is in line with a national trend that has seen slayings increase nearly 15% in the first six months of the year, according to a report released last week by the FBI. At the same time, overall violent crime decreased in three of the nation’s four regions, including the Midwest, the report says.

Experts caution against reading too much into year-over-year changes in crime, saying that homicide statistics are particularly subject to huge swings. They also point out that despite the recent increases, crime is still hovering near historical lows. In Minneapolis, for example, crime rates peaked in the mid-1990s, when the city had tens of thousands of fewer residents.

“Here’s just one more disparity,” said Steve Belton, president of the Urban League Twin Cities. “When there are disproportionate impacts related to health and employment, all of these disparities that have impacted our communities are being exacerbated.”

He said some blame lies with city leaders for failing to act while knowing that summer typically bring a rise in violence. “Whereas COVID couldn’t be predicted, there is a deep frustration that these cycles of violence were preventable,” he said.

Among other findings, the Star Tribune’s analysis found that the 16 city neighborhoods with the lowest median household incomes accounted for almost half of the city’s violent crime incidents in 2020.

University of Minnesota sociology Prof. Joshua Page said that whatever the cause, rising crime levels can take a psychological and economic toll on residents of the hardest-hit neighborhoods.

“It really affects people psychologically, emotionally, in terms of being hypervigilant, and that hypervigilance has an impact on how children do in school; it can have health effects,” Page said. The inverse is also true, he added. “When violence decreases in areas, we also see those conditions I described improving.”

In Powderhorn Park, which was ground zero for much of the unrest that followed Floyd’s death, there have been 115 violent crime incidents so far this year, up from an average of 77 over the past five years.

But, in the neighboring Corcoran and Bancroft neighborhoods weeks go by without any violent crime.

Finding the right response to the surge in violent crime is a divisive political issue. Shortly after Floyd’s death, a group of council members announced their intention to replace the Minneapolis Police Department with a “transformative” public safety system.

The proposal lost steam in recent months as crime ticked up. A proposed charter amendment that would have eliminated the requirement to maintain a police force failed to get on the November ballot.

Last month, Mayor Jacob Frey provided a broad sketch of his proposal for a 2021 budget that calls for $1.1 billion in spending, including an increase in funding for violence prevention programs. Among the programs, most of which are run out of the city’s Office of Violence Prevention, is the city’s version of the heralded Ceasefire initiative, which uses so-called “violence interrupters” to defuse street conflicts involving violent offenders and has been credited with cutting shootings and homicides in other cities.

The first team of about 17 “interrupters” started working on the city’s South Side earlier this week, with plans to deploy another team in the near future, according to director Sasha Cotton. She said she doesn’t find it surprising that poorer neighborhoods in Minneapolis, which have some of the largest racial disparities in the country, would be suffering the most.

Because of the pandemic, some kids in these areas have few places to turn for “respite” if they’re facing troubles at home, she said.

“You’ve got a high rate of desperation, unlike anything that I think you’ve seen in almost a generation, where people have lost their job because of COVID. And because of the unrest, you’ve got all of the feelings that the watching of a man being killed on television, over and over again, talking about George Floyd, brings to the surface,” said Cotton. “I think even parents in the best of circumstances are feeling exhausted by home schooling and entertaining their children.”

And, she added, with the emptying of jails and prisons to avoid coronavirus outbreaks, some offenders are being released into their old neighborhoods without much support. “And so what does that do for retaliatory violence?” she said.

Sun Sep 20 , 2020
Amherst, MA – Businesses and brands that wish to set themselves apart from the competition, gain more popularity, make better sales, and also improve overall revenue generated will find that all of these are possible with the right digital marketing agency. In Amherst, Moonraker SEO Services is at the forefront […] 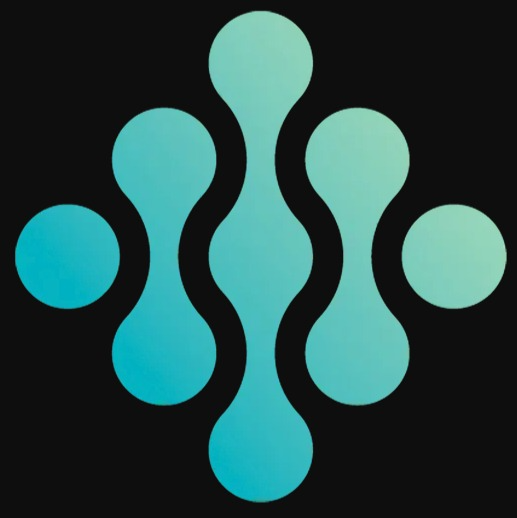