Camping in the loungeroom sounds like the stuff of lockdown adventures, but it has become a tiring necessity for one family in Melbourne’s north. Ellice Blakeney and her husband Ethan Widin first dismissed the mould growing in their Reservoir home as part of living in an old house during a […]

Camping in the loungeroom sounds like the stuff of lockdown adventures, but it has become a tiring necessity for one family in Melbourne’s north.

Ellice Blakeney and her husband Ethan Widin first dismissed the mould growing in their Reservoir home as part of living in an old house during a Melbourne winter.

It was only when Ms Blakeney opened a drawer of clothes barely worn since the pandemic hit that she discovered the extent of the issue.

“Everything was covered in that white-blue horror-story mould,” she said.

“The furniture, when we pulled it out from the wall, everything just felt damp.”

The parents, now worried their one-year-old’s rattly chest had more sinister origins, shifted everyone into the loungeroom.

Ms Blakeney and Mr Widin decided to move, and have even found a new house — but everything is on hold until after the lockdown lifts.

“We couldn’t inspect a property for four or five weeks because [of restrictions],” Mr Widin said.

“A week ago we found a place, but there’s a tenant currently in there.”

Until then, they are stuck sleeping on an inflatable mattress in their loungeroom.

“We just felt trapped … just feeling like we’re unsafe here with the kids, but stuck,” Ms Blakeney said of living with mould during the stage 4 lockdown.

“You can’t escape. We couldn’t go and stay with friends or family, we couldn’t afford to stay in a hotel.

“We just feel really lucky now that there’s an end in sight and we’re moving, but hopefully it’s not going to be someone else’s problem.”

One in four complaints concern mould

According the tenants union, which represents the state’s 2 million renters, mould complaints were one of the most-common issues people raised.

Tenants Victoria lawyer Georga Wootton said every winter the organisation was inundated with calls and emails asking for advice about mould.

“It’s about a quarter of our calls, which is quite significant,” Ms Wootton said.

She said the stage 4 lockdowns were adding to the complexity of the problem for Melbourne renters, because mould was not generally considered an urgent issue, unless the tenant could prove it was dangerous.

“At the moment non-urgent repairs aren’t able to be undertaken in houses,” Ms Wootton said.

“That means people are living with these issues and unable to leave their homes.

“People are living their lives with this mould every day.

“Not only is it causing health effects potentially, it’s also causing property damage.

“It’s psychologically concerning when you know you’re breathing in something that you know could potentially be a hazard to your health.”

‘I can’t stay inside’

That concern has driven Kensington public housing resident Oksana Rozek from her home.

Ms Rozek has been in a long-running dispute with her housing provider Unison over whether a mould problem in her apartment has been fixed.

Concerned about the impact it could have on her already-compromised health, she moved her bed onto her balcony.

As the cold weather set in, she started sleeping at a friend’s music school and visiting libraries during the day.

She has spent her days in stage 4 lockdown in local parks, in breach of public health orders.

“I can’t stay inside. In the park I have no pain, no symptoms, no allergy, so I’m healthy in the park. I’m staying,” Ms Rozek said.

She faces the prospect of copping a $1,600 for breaking Melbourne’s strict pandemic laws.

“When I explain to them, they will not fine me. It’s just embarrassing,” she said.

Unison acknowledged that testing had detected low levels of mould, but the organisation’s acting chief executive officer James King was satisfied that after “numerous maintenance works” there was no longer a problem.

“An independent building contractor visited her accommodation and could find no evidence of a water leak or mould in the area of concern,” he said.

“We have also attempted to help facilitate, at her request, a transfer to alternative accommodation, but we are still waiting for Ms R to complete a transfer form.”

The common thread among the renters was they all wanted somewhere safe and dry to see out the pandemic.

Down the road in Brunswick, Yolanda Dawson has been living with damp problems and soggy carpet in her apartment for two years.

“Two weeks ago the mould was so bad we were sleeping with masks,” Ms Dawson said.

“Our little dog is at the vet right now. He snores and I think that’s why.”

She suspects the mould is to blame for a persistent runny nose.

They’re now ready to move, but the stage 4 lockdown complicated their efforts to find somewhere new to live.

“There’s not much available. If they are available, they’re waiting for people to physically inspect after the six weeks has lifted,” she said.

Unable to afford temporary accommodation while also paying rent, Ms Dawson said the situation was getting her down.

“I’m just in a state of anxiousness and [feeling] overwhelmed,” she said.

Mon Sep 28 , 2020
Fernando Castro and his family immigrated to the United States in the 1980’s. He shares his family’s story through food at Sabor Latino. ARLINGTON, Texas — For nine years, Fernando Castro’s family has run a restaurant called Sabor Latino. It’s tucked near a corner of a shopping center on South […] 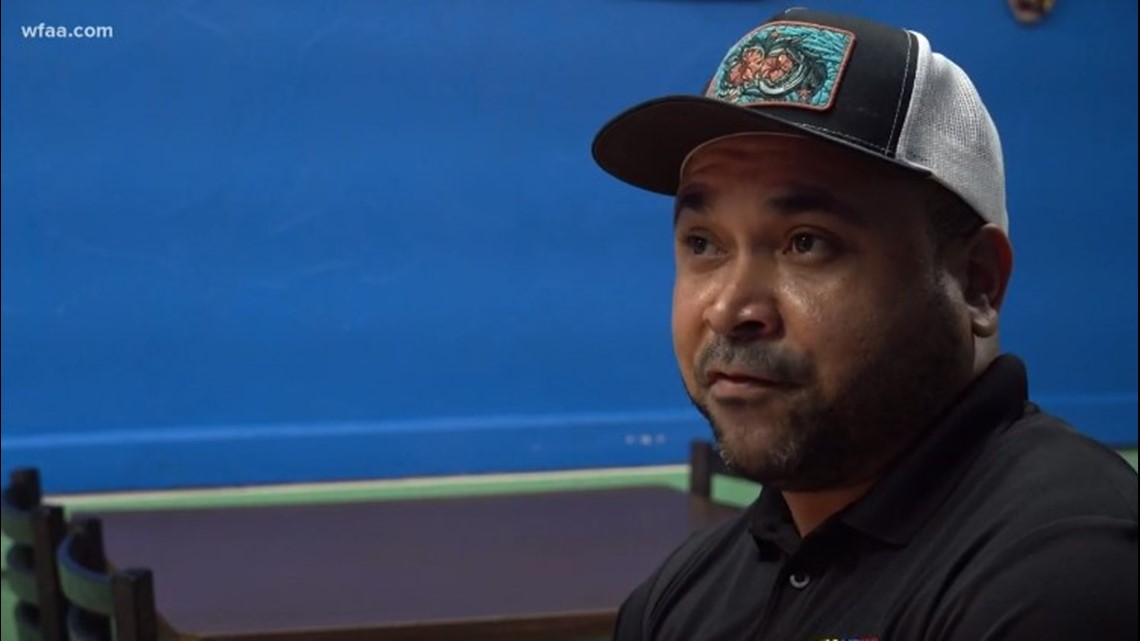