Just as taxes can be a major burden during your working years, they can also wreak havoc on your finances during retirement. And that’s the last thing you want. If your goal is to pay less tax as a senior, you can accomplish it by doing these key things. 1. […]

Just as taxes can be a major burden during your working years, they can also wreak havoc on your finances during retirement. And that’s the last thing you want. If your goal is to pay less tax as a senior, you can accomplish it by doing these key things.

It’s important to save money for retirement so you have income to supplement your Social Security benefits. But not all savings plans are created equal, and if you’re concerned about taxes in retirement, then it pays to keep your money in a Roth IRA or Roth 401(k). With a Roth savings account, the withdrawals you take in retirement will be yours to enjoy tax-free. That, in turn, will make budgeting a lot easier during this new stage of life. 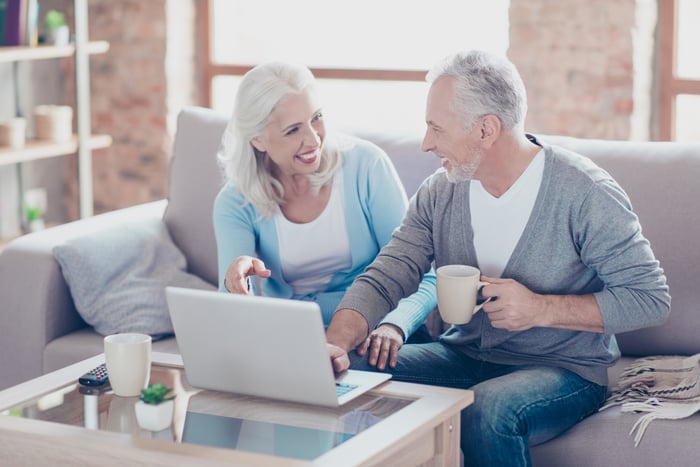 2. Move to a state with no income tax

It’s not just the federal government you may need to pay taxes to in retirement — each state sets its own rules with regard to taxes. However, there are seven states — Alaska, Florida, Nevada, South Dakota, Texas, Washington, and Wyoming — that don’t charge income taxes at all, so they could be worth exploring if you’re open to relocating. (That said, Alaska is notably expensive and cold, so it may not be the right choice for you, despite the absence of a state income tax.)

New Hampshire and Tennessee don’t tax ordinary income, but they do tax interest and dividend income, which may come into play during retirement. However, both states are in the process of phasing these taxes out, so if you’re not retiring right away, they may be contenders.

3. Move to a state that doesn’t tax Social Security benefits

Whether you’ll pay federal taxes on your Social Security benefits will depend on what your total retirement income looks like. But some states also impose a tax on those benefits, so if you avoid them, you’ll get to keep more of that money for yourself. The 13 states that tax benefits are: Colorado, Connecticut, Kansas, Minnesota, Missouri, Montana, Nebraska, New Mexico, North Dakota, Rhode Island, Utah, Vermont, and West Virginia.

Keep in mind, though, that some of these states offer a relatively low cost of living, so you may need to weigh those savings against your desire to lower your tax burden. Also, most of these states offer an exemption on paying taxes on Social Security benefits for low or even moderate earners. Minnesota, North Dakota, Vermont, and West Virginia, however, do not.

Bonds are a great investment for retirees because they’re relatively stable (whereas stock values can plummet overnight much more easily), and generally pay interest reliably. But unfortunately, the interest income you receive from your bond investments is subject to taxes — unless you invest in municipal bonds. Municipal bond interest is always exempt from federal taxes, and if you buy bonds issued by your home state, you’ll avoid state and local taxes, as well. That means you’ll get to keep all of that interest income for yourself to either use for expenses or reinvest.

Nobody wants to pay more tax than necessary, and that includes seniors. The good news is that you have the power to avoid taxes in retirement, at least to some degree. You just need to make some smart decisions with regard to how you save and invest, and where you decide to settle down.