LinkedIn, the professional networking site owned by Microsoft Corp. , has rolled out a redesign and several new features, including its own version of “stories” posts. The stories format was first popularized by Snap Inc.’s Snapchat, but similar formats subsequently appeared on other social media platforms, notably Facebook Inc.’s Instagram […]

, has rolled out a redesign and several new features, including its own version of “stories” posts.

The stories format was first popularized by

in March announced it was testing a stories tool called Fleets, and

unveiled Story Pins this week for an invitation-only test.

In the same vein as other platforms, LinkedIn’s Stories lets people post videos, images or text to their profiles that disappear after 24 hours.

LinkedIn’s changes, introduced on Thursday, are aimed at attracting and keeping users on the platform, which enjoys a dominant position in career-minded networking but faces a raft of recent startups in the same space. New social platforms like Upstream or Alpha Exploration Co.’s Clubhouse have exploded in popularity, particularly as people continue working at home and apart from colleagues, partly by offering alternative experiences to LinkedIn.

“LinkedIn is so heavily dependent on a résumé, which is a narrow view of someone’s potential,” said Brianne Kimmel, founder and managing partner of Worklife Ventures, a venture fund that invests in companies creating new work tools. “We’re now seeing, especially in a post-Covid world, résumés are not quite the right format for individuals to demonstrate their full capabilities.”

LinkedIn wants to expand people’s image of it from just a platform to find a job or a person to a place where conversations can also happen, said Kiran Prasad, vice president of product at the company.

“Community and conversations have really become central to the way that LinkedIn is growing,” Mr. Prasad said.

LinkedIn began testing its take on stories internally in February and started bringing it to international markets like Brazil in April. The company found people used its Stories primarily for three purposes: to share work moments like a new work-from-home desk setup, to show how they work and to publicize product launches, Mr. Prasad said. Other uses include asking for advice, giving professional updates and highlighting industry peers.

Social strategists said they were skeptical that the format would work as well on LinkedIn as elsewhere.

“Because LinkedIn is highly focused on career, it’ll never have that true social network feel,” said Jack Appleby, a social media strategist. “Most people don’t feel safe being candid on LinkedIn and that’ll likely be true when we consider if we’d actually post a LinkedIn story.”

Adding stories feels like a distraction for LinkedIn, said Maggie Murphy, a senior strategist at Codeword LLC, a marketing agency owned by Waggener Edstrom Worldwide Inc. Stories aren’t likely to lure younger generations to LinkedIn, either, because they are already finding other places to connect, she said.

The other tweaks on the platform include updates to the way search results appear on the different parts of LinkedIn, like including events for the first time and grouping the results by categories.

People can now edit or delete sent messages and react to messages with emojis. In a few weeks, users will be able to start a video chat within messages with providers like

BlueJeans By Verizon and Microsoft Teams.

The move toward remote work has led to more people messaging each other on the platform and looking for new ways to connect, like video, Mr. Prasad said.

Other design updates include using a broader range of illustrations around the site—showing people with different types of jobs, for example—and adding animation to icons, said Sarah Alpern, vice president of design at LinkedIn.

“The goal is we want everybody to be able to really see themselves and feel welcome here at LinkedIn,” Ms. Alpern said.

Though many startups are trying to emulate LinkedIn’s networking in micro-communities, the company’s global scale has the potential to effect change faster, said Ms. Kimmel of Worklife Ventures.

“LinkedIn, with some of these new features, will be able to humanize work culture in a way that it would potentially take a startup years to scale into mainstream adoption,” Ms. Kimmel said.

Social media deal earns advertisers' 'likes', but not yet all their dollars

Sat Sep 26 , 2020
By Martinne Geller LONDON (Reuters) – Advertisers who boycotted social media are not all rushing back, despite an agreement by Facebook, YouTube and Twitter on how to curb harmful content online. Unilever, one of the world’s biggest advertisers, told Reuters the move this week was “a good step in the […] 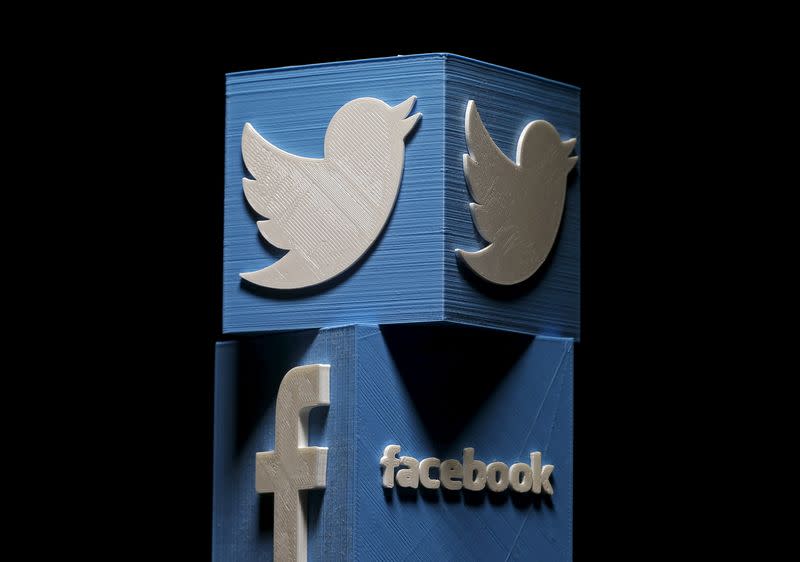