Farid Ahmed Khan has been involved with financial sector for over 25 years and has a broad-based experience in microfinance, fund Management, investment banking, business development. Prior to joining FINCA Pakistan, he spent 10 years in investment management side as CEO of HBL Asset Management and ABL Asset Management. He […]

Farid Ahmed Khan has been involved with financial sector for over 25 years and has a broad-based experience in microfinance, fund Management, investment banking, business development. Prior to joining FINCA Pakistan, he spent 10 years in investment management side as CEO of HBL Asset Management and ABL Asset Management. He has also worked for MCB Bank, initially as Head of Investment Banking Group, and later as the CEO of MCB Asset Management.

Farid has extensive experience global Pakistan, having worked at bulge bracket firms such as Morgan Stanley, ING Barings Securities, and CLSA Emerging Markets in Kuala Lumpur, Singapore, London, and Istanbul in a variety of senior positions.

Prior to taking over as CEO FINCA Pakistan, he has served on board of directors (in non-executive roles) of NADRA, FINCA Microfinance Bank, and was also a member of Corporate Leaders Advisory Board of
IBA, Karachi. He holds an MBA in Finance and received his CFA charter in 1998.

In a candid conversation with BR Research, Farid shares his views on commonly held perceptions regarding microfinance segment, such as steep mark-up rates, the risk-reward mentality of microfinance lenders with a double-bottom line worldview, recent regulatory changes, default ratio, and challenges faced in promoting financial inclusion. Below are the edited excerpts:

BR Research (BRR): Higher mark up on lending in microfinance segment is often attributed to steeper cost of funds and high intermediation costs compared to commercial banks. Average loan size in the segment is still stuck under Rs 50,000 ticket, even though the regulator has allowed clean lending up to Rs 0.35 million.

Why has the sector not reduced its intermediation costs by increasing average loan size?

Farid Ahmed Khan (FAK): We believe the regulator has performed its role by enhancing maximum loan sizes across all categories of general, individual, housing, micro- and small-enterprise lending. But there is a trade-off involved in increasing average ticket size.

A vast majority of our target market consists of self-employed individuals such as plumbers, electricians, carpenters, and landless dairy farmers owning herd sizes less than five among others. Monthly income of the target market thus averages between Rs 25,000 – 30,000. If higher loan amounts were sanctioned to prospective borrowers in this category, it would raise their debt burden ratios to unsustainable levels.

In order to enhance average ticket size, microfinance segment will have to reposition itself and target individuals belonging to socioeconomic bracket a tier above the existing category. This is not a trade-off acceptable to most, as the philosophy and vision behind most microfinance institutions is to expand financial inclusion and access to credit of those who have historically been “unbanked”.

Of course, the hope is to go through a natural cycle of progression and increase average loan sizes over time. This is already happening as credit limits/sanctioned loan amounts of borrowers with good credit history are enhanced periodically. Increase in maximum borrowing limit by SBP will also aid the process. In this regard, FINCA is already ahead of the curve, as our average loan size currently stands at Rs 110,000, nearly fifty percent higher than industry average.

BRR: Do you believe mark-up rates charged by the industry will fall if average loan sizes improve over time?

BRR: The recent increase in maximum borrowing limit by enterprises to up to Rs 3 million means the segment can now also cater to those commonly considered as the missing “S” – those small enterprises which have traditionally been excluded from commercial banking credit.

This would, however, require that the mark up rates charged be considerably reduced to be competitive against commercial banks. Is that on the cards?

FAK: It is a common misperception that microfinance sector charges higher mark-up rates compared to commercial banks. The correct benchmark for microfinance lending rates is the mark up charged by commercial banks on their clean lending portfolio. In many cases, annualized mark-up rate on consumer banking products such as credit card and personal loans goes up to 36 percent.

BRR: Large-sized loans to micro enterprises (up to Rs 3 million max. limit) need not necessarily be clean. If loans are adequately collateralized, will microfinance lenders be willing to reduce mark-up charged significantly?

FAK: Already, microfinance lenders charge significantly lower rates on asset-backed loans such as vehicle financing (for example, motorcycle or tractors). Of course, these rates cannot be competitive with commercial banks, as cost of funds for commercial banks is usually below Kibor, whereas average cost of funds for microfinance lenders is Kibor + 2 to 3 pps.

For example, mark-up charged by microfinance lenders on two-wheeler financing ranges close to Kibor + 10pp. Given our high cost of funds as well as intermediation costs, we believe this is reasonable. It must, however, be remembered that microfinance does not compete in the same space as banks. For example, commercial banks are rarely engaged in two-wheeler financing.

Therefore, yes – adequately collateralizing loans to microenterprises should reduce mark-up rates charged; however, average mark-up rate may go up to early 20s, depending upon where we stand in the monetary cycle.

BRR: The comparison with scheduled commercial banks may be misleading as their compliance cost is very high due to close vigilance by both domestic and international regulators.

FAK: That may have been true in the past – and is still partly true for microfinance institutions operating under the ambit of SECP – but is no longer true, at least as far as microfinance banks are concerned. The central bank now demands similar due diligence and compliance from MFBs as it does from commercial banks. Although it is true that the compliance cost may be higher for commercial banks on the remittance, trade finance, and international trade business front, but we simply do not compete with them in that space.

In recent years, the application of AML/KYC regulations due to FATF has become universal across the banking system. We have been asked by the central bank to implement a transaction monitoring system, and fraud monitoring system, for example.

Moreover, the capital adequacy requirement is much higher for microfinance banks. CAR for MFBs is at 15 percent, whereas for commercial bank it stands at just 12 percent. As a result, the cost of capital allocated for lending is also significantly higher. Once higher cost of funds is also taken into account, it becomes clear that the operating cost of MFBs is higher than traditional commercial banks.

BRR: But MFBs were not envisioned to operate on the same brick-and-mortar model as commercial banks, who still need to maintain physical presence. Why has the industry not made adequate use of technology to reduce its operating cost?

Do you agree that use of technology to assess borrower’s cashflow can allow MFBs to reduce the spread on lending?

FAK: FINCA has been working fairly aggressively over the past couple of years to deploy use of technology to promote financial inclusion and increase access to credit of the traditionally unbanked. One of the biggest near-term objectives FINCA has set for itself is to cut down the 15 percent intermediation cost significantly by deploying use of technology.

However, it needs to be remembered that technology is always a two-way street. There is only a limit to which a financial institution can become technologically-smart – by adopting latest 3G & 4G enabled solutions. The return on these infrastructural investments is severely limited by the technological sophistication of our target market. Often, the prospective client simply does not have the capability or willingness to adopt similar technology. This disconnect is further exacerbated if the client is technologically illiterate, does not have a broadband connection, or sufficient income to afford a 3G data plan. Thankfully, a growing minority of our target market now has access to these minimum standards, but the momentum of conversion is terribly slow.

From our side, FINCA has fully automated loan processing platform, which is an end-to-end digital solution. Credit decision making has also been automated to a large extent – especially in the case of revolving or repeat loans – and paperless. Loan amount is directly credit to client’s wallet, which they can withdraw either from an ATM or an agent.

However, we still face barriers. One, enabling technology use requires ‘handshake’, which means similarly enabling standards on both sides of the transaction. Two, we still face behavioural and cultural issues, as general public is still hesitant to use digital solutions. Often, clients insist that they be able to visit a physical branch so they can be satisfied that the money has been ‘safely’ deposited. Moreover, Pakistan has a very thriving cash-based economy, especially more so in rural areas, which is the bread and butter of the microfinance segment.

The lack of trust on digital solutions, thus, poses a serious challenge. Hopefully, this behavioural change will take place over time. 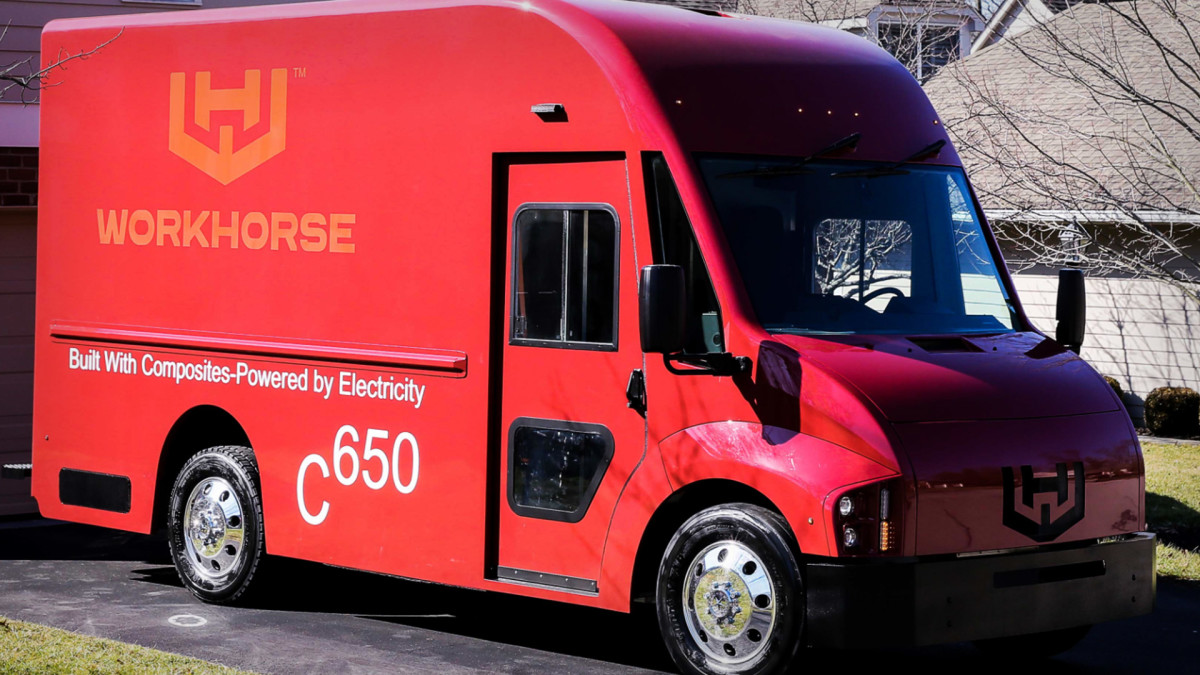