Getty Images Katy Perry and dozens of other celebrities have said they will freeze their social media accounts for 24 hours on Wednesday 16 September to protest against the spread of “hate, propaganda and misinformation”. It’s part of the #StopHateforProfit campaign, launched in June which accuses Facebook and Instagram of […] 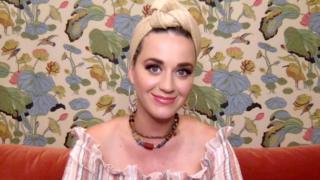 Katy Perry and dozens of other celebrities have said they will freeze their social media accounts for 24 hours on Wednesday 16 September to protest against the spread of “hate, propaganda and misinformation”.

It’s part of the #StopHateforProfit campaign, launched in June which accuses Facebook and Instagram of not doing enough to stop hate speech and disinformation.

Organisers argue that Facebook’s failure to update its policies has allowed hate, racist and anti-Semitic content and conspiracy theories to grow.

Katy Perry wrote on Instagram: “I love sharing my music and my life with you on Instagram and Facebook, but TBH I can’t sit idly by while these platforms turn a blind eye to groups and posts spreading hateful disinformation and intentional confusion.”

Other celebrities that have agreed to take part include actress Jennifer Lawrence who played Katniss in the Hunger Games films, actors Leonardo DiCaprio and Ashton Kutcher, and Kim Kardashian West.

Leonardo DiCaprio said: “This should be an opportunity for Facebook to work with these organizations and the community at large to make it a better, safer platform for all.” 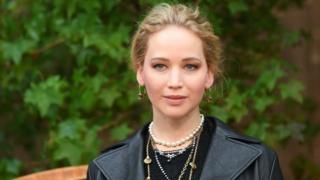 Thousands of businesses including big brands like Adidas and Ford, and major civil rights groups have also signed up to the campaign, arguing that Facebook is making money from hate groups and pages using its sites.

The National Association for the Advancement of Colored People (NAACP) which works to fight racial discrimination in the US, and the Anti-Defamation League (AD) who work to stop discrimination against Jewish people, have given their support.

In June, the social media company said it would label potentially harmful or misleading posts left up for their news value.

Facebook makes most of its money from advertising, last year getting almost $70bn (£56.7bn) through adverts.

But Mr Zuckerberg said he would ban any advertising which claims “that people of a specific race, ethnicity, national origin, religious affiliation, caste, sexual orientation, gender identity or immigration status” are a threat to others.

Why is the US election important to the campaign?

This boycott is part of #StopHateforProfit’s ‘Week of Action’ that will end on September 18, with a call for people to use their right to vote in the November election.

The campaign says Facebook needs to do more to tackle fake news, particularly with the US election coming up. 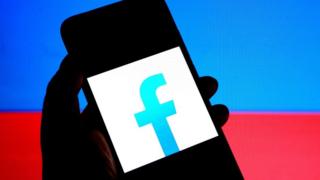 The Facebook owner said that he knows that “the 2020 elections were already shaping up to be heated” and that the company “will take extra precautions to help everyone stay safe [and] stay informed”.

But #StopHateforProfit said “Facebook’s unchecked and vague ‘changes’ are falling dangerously short of what is necessary to protect our democracy.”

What impact has the campaign had so far?

More than 90 companies have now suspended advertising on the platform in support of the #StopHateforProfit campaign.

The campaign could mean Facebook losing a lot of money, with shares – which show how much people think the company is worth – falling dramatically in value. 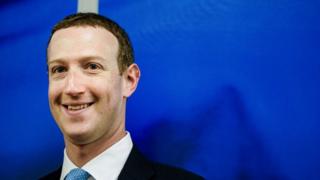 US media has also reported that $7.2bn had been knocked off Mr Zuckerberg’s personal net worth.

Regulators and policy-makers around the world are concerned about the growth of hate speech, not just on Facebook but on all social media platforms, with many countries launching enquiries into how the tech companies are dealing with the issue.

On the Move: Grala Returns to Rubenstein Public Relations