“Teen Mom 2” star Kailyn Lowry blasted her family after the most recent episode of the MTV reality show aired.

Kailyn Lowry blasted her family after the October 6 episode of Teen Mom 2 aired. The star was disappointed her half-sister Mikaila Searcy canceled their get together, saying she was severely bitten by a dog.

Mikaila was upset about the way the situation was portrayed on TV and went on Twitter to defend herself. That’s when their father, Robert Lowry, jumped into the conversation.

“I was on the show too and they made me look bad. I know what you mean about shouldn’t have to defend yourself,” he wrote on social media, as noted by Teen Mom Tea.

“I personally don’t think that show is good for young girls to watch,” Robert continued. “I think it gives them the wrong idea about being a parent so young among other things. It’s just a bad show I think. Sorry for your bad experience on the show. Been there. Love ya.”

Kailyn was not having her father diss the show. “No, that’s a f***ing joke. Don’t even start this s***,” the mother-of-four shot back, according to screenshots posted by Teen Mom Tea. “You haven’t been around or tried with either of us nor paid child support so get the f*** outta here.”

Mikaila Claims She ‘Almost Had Nerve Damage’ From The Dog Bite

After the new episode aired, Mikaila accused MTV of not showing her side of the story. “I almost had nerve damage from the dog bite. Could barely walk for a week. It’s not something to laugh about,” she tweeted on October 6. “Literally the only reason for me not going up to Dallas.”

“Also not to mention my mom passed only a couple months before this. I was in fucking pain mentally, physically, and emotionally,” she continued. “There’s two sides to every story.”

Mikaila also issued a statement on Facebook, where she accused people of mocking her injury.

For those of y’all that still keep up with Teen Mom 2 I need to speak a tad on my side of the story. I got bit by a dog. That is NOT something to laugh at, mock, or make a joke about. I was lucky to not have nerve damage. I had fat oozing out of my wound. I had a hard time walking for a week. I don’t like being made to look like the bad guy WHEN I AM NOT. If you know me you know that I would drop everything in a heartbeat for ANYONE. I can’t put other people’s needs above my health. I just can’t. There’s two sides to every story. Wish I could’ve defended myself.

Kailyn Says She & Her Sister Don’t Have a Relationship

Kailyn decided to reach out to her sister since she had a work meeting in Dallas, which is where Mikailia is based. The Teen Mom 2 star was looking forward to her children meeting their aunt and first cousin because she wants her kids to know her side of the family.

“I don’t have a relationship with my sister. Like on a day-to-day basis, we don’t ever speak. I don’t text her. She doesn’t text me and we just don’t have that kind of relationship. But I think I wish my kids knew my family because they are so close to their dads’ side,” she said. “The one thing that I’m apprehensive about is I don’t want to introduce more people to them and they’re not permanent. I don’t want to get my kids’ hopes up for knowing their aunt and their cousin and then it not going anywhere.”

Kailyn wasn’t surprised that her sister canceled but she was disappointed. “It just sucks because I feel like I’ve been the one making the effort,” she said. “It’s like she looks for every excuse.”

This might be the last time Kailyn tries to work on their relationship. “My sister canceling when I was already making the effort to go to Dallas and see her just confirms why I don’t want to introduce my kids to her. I likely won’t reach out again,” she said. “I have made so many mistakes in the past 10 years just inviting people into our lives that are not permanent. Nothing hurts my feelings anymore so I just don’t care.”

To find out what happens next, don’t miss Teen Mom 2 when it airs Tuesdays at 8 p.m. ET on MTV.

With coronavirus rates flat, Travis County health leaders say what happens next is up to the public 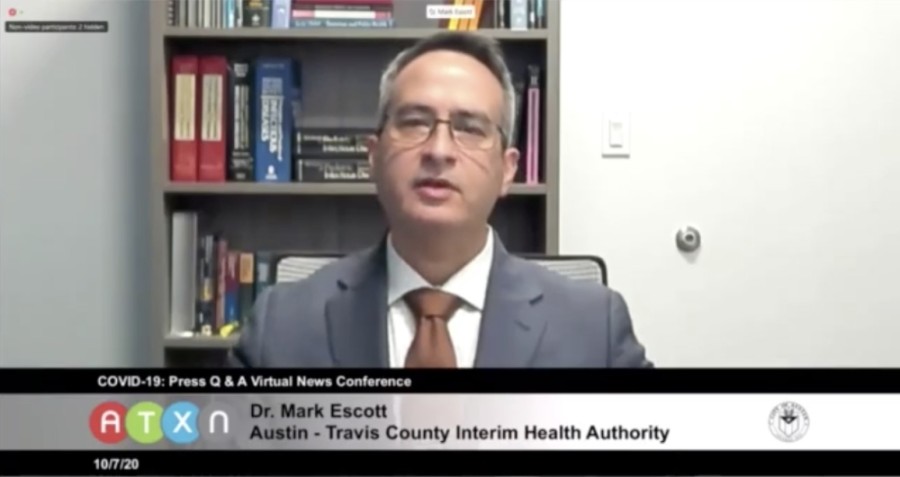