CNBC’s Jim Cramer on Wednesday warned investors not to buy or sell stocks based on what President Donald Trump tweets. The “Mad Money” host cites Tuesday afternoon’s tweets from Trump ending broad stimulus talks, which sank stocks, and then Tuesday night’s tweets supporting a piecemeal approach, which boosted stocks. “This is what […]

CNBC’s Jim Cramer on Wednesday warned investors not to buy or sell stocks based on what President Donald Trump tweets.

Cramer suggested that trading on a presidential tweet is a risk because there’s no way to discern nuance in Twitter posts. “Can people be that ignorant? He’s arbitrary and capricious on Twitter. So if he says ‘sell’ on Twitter, you buy,” he advised.

On Tuesday night, hours after signaling the end to stimulus talks, Trump’s tweets expressed an openness to providing U.S. airlines with billions of dollars in aid and extending the small business assistance effort known as the Paycheck Protection Program. He also said he was ready to sign a standalone bill to provide stimulus checks to Americans.

Wed Oct 7 , 2020
Kraken recently announced that it “is the first digital asset company in U.S. history to receive a bank charter recognized under federal and state law, and will be the first regulated, U.S. bank to provide comprehensive deposit-taking, custody and fiduciary services for digital assets.” Kraken obtained a charter from the State of […] 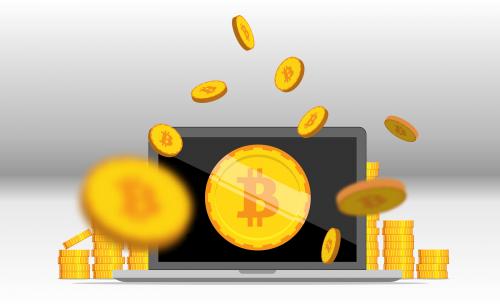