Japanese yen banknotes of various denominations are arranged for a photograph in Tokyo, Japan, on July 22, 2015. Kiyoshi Ota | Bloomberg | Getty Images SINGAPORE — Expect the Japanese yen to strengthen dramatically against the dollar in the long run, according to a prediction by one strategist at Societe […]

Japanese yen banknotes of various denominations are arranged for a photograph in Tokyo, Japan, on July 22, 2015.

SINGAPORE — Expect the Japanese yen to strengthen dramatically against the dollar in the long run, according to a prediction by one strategist at Societe Generale.

Societe Generale’s Jason Daw told CNBC the Japanese currency will “naturally drift” toward the 100 level against the dollar.

As of Wednesday morning in Tokyo, the yen is at 105.16 per dollar, off levels below 104.4 per dollar seen a few days ago but still stronger than levels above 105.6 against the greenback seen last week.

“I think when you look at … the overall trajectory of where it should go, (the dollar-yen’s) long-term fair value’s closer to a hundred. That’s been our view for quite some time,” Daw, who is head of emerging markets strategy and head of Asia research at the firm, told CNBC’s “Street Signs Asia” on Tuesday.

Describing the Japanese currency as “interesting,” the analyst said the yen has gotten stronger during the recent period of weakness in stock markets. As worries over the coronavirus pandemic recently surged again, so-called safe-haven currencies such as the Japanese yen have gotten a boost.

Daw cited multiple reasons for the call on the dollar-yen pair.

“The Bank of Japan’s not easing as fast as the Fed,” he said. “”On a relative basis, from a monetary policy perspective, the yen could get a little bit stronger.”

Furthermore, he added, there are concerns in the market that policy in Japan “might not be as easy or as coordinated as it was before” under the country’s new Prime Minister Yoshihide Suga. Tighter policy could generally result in a stronger yen.

Still, Daw said Suga is likely to maintain the current “easy policy” inherited from predecessor Shinzo Abe’s Abenomics. Analysts have said that Suga is unlikely to stray far from the path of Abenomics.

Looking elsewhere, Daw said he sees “a lot of hurdles” for emerging market currencies, despite the possibility of the greenback weakening against its peers in the Group of 10 currencies.

“Growth drivers are just not there at the moment,” the strategist said.

“At least until April, we’ve seen this playing out in the sense that there’s been strong inflows into Chinese equities and bonds but the rest of emerging markets have not been attracting inflows and we think this continues going forward,” Daw said.

In the emerging markets space, China has stood out among its peers. Recent data releases have continued to point to a strong economic recovery in the country from the coronavirus, with British economist Jim O’Neill recently telling CNBC that he sees China’s economy “well on the way” to recovery from the pandemic.

Correction: This article was updated to reflect Jason Daw is from Societe Generale.

Wed Sep 23 , 2020
Founded in 2010, ARLnow.com is Arlington’s most-read and most-loved local news and lifestyle publication. Boasting a highly-engaged audience of over a quarter million monthly users, ARLnow is nationally-recognized as one of the country’s most successful and innovative online-only local news outlets. A 2018 Arlington County survey shows that ARLnow is the No. 1 […] 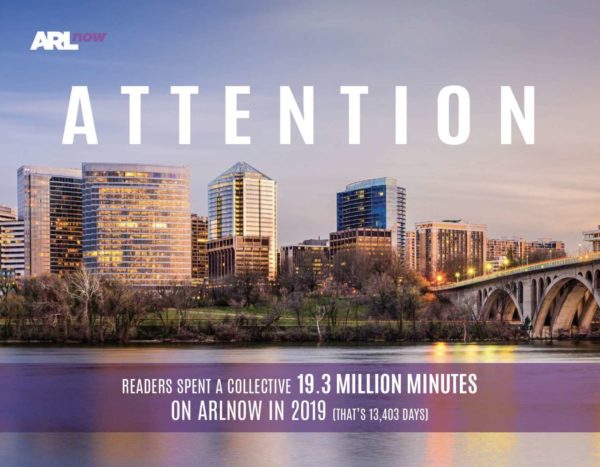