Demetrio Perez, Jr., is publisher of the weekly LIBRE. The Miami Herald’s parent company on Saturday said “significant lapses” in procedures and oversight led to the distribution of “deeply offensive and racist content” in LIBRE, an independently produced weekly newspaper that was inserted each Friday in el Nuevo Herald for […]

The Miami Herald’s parent company on Saturday said “significant lapses” in procedures and oversight led to the distribution of “deeply offensive and racist content” in LIBRE, an independently produced weekly newspaper that was inserted each Friday in el Nuevo Herald for about eight months.

In a statement to the Herald, Tony Berg, vice president of advertising for the McClatchy Company, said the investigation is not complete. But he faulted the lack of “holistic product monitoring by anyone in advertising or at el Nuevo Herald that could have detected this problem.”

The full weekly edition of the Spanish-language LIBRE, a Cuban-exile focused newspaper that’s been published since 1966, was included as a paid advertising insert for el Nuevo Herald subscribers, both in print and as a special section on www.elnuevoherald.com, every Friday. The first LIBRE edition carried by el Nuevo Herald was published Jan. 31. The Herald ended its relationship with LIBRE after receiving a reader complaint on Sept. 11.

Berg also told the Herald that McClatchy’s review identified one lapse that contributed to the LIBRE supplement escaping the notice of news and advertising managers at the newspaper. Berg said that, according to McClatchy’s review, the newspaper’s advertising team entered into the LIBRE relationship and created a direct line between the advertiser and the Herald’s production team for printing and distribution. The LIBRE content never passed through advertising personnel, and was never provided to the newsroom team.

In addition, the LIBRE supplement was not labeled as an advertising product to distinguish it from el Nuevo Herald news and editorial content, the McClatchy statement said.

“There was no formal content review for this paid supplement within our advertising department and it never passed through the hands of the newsroom. To be sure there has been no indication that we looked away from this vile content in order to collect revenue,” the statement said.

Two earlier complaints about LIBRE were received by Herald customer service, but those were not passed on to managers, the statement says.

The statement outlines new procedures to avoid a repetition of the lapses, including mandatory review by advertising staff of all content in paid supplements, and review by news editors of any content flagged by advertising as potentially problematic. Complaints about ads and supplements must also be submitted to higher-ups, and all advertising material must be prominently marked as such to distinguish it clearly from news content produced by Herald reporters and editors, Berg said.

But important questions remain. Among them: Why news executives were not apprised of the agreement with LIBRE, and how news and advertising executives were for so long unaware of the objectionable content. The company declined to identify who in advertising was responsible for approving the contract with LIBRE.

Those questions are significant because LIBRE has long been known for inflammatory content and its publisher, Demetrio Perez, Jr., has a checkered past that’s been prominently covered by the Herald. Perez is a controversial former Miami city commissioner, Miami-Dade School Board member, felon and businessman who has become wealthy running a chain of private schools and a network of government-funded nonprofit programs across Miami-Dade County.

After the Herald ended the relationship with LIBRE, Perez and LIBRE criticized the Herald and its management, contending the newspaper was guilty of censorship. Perez also said the Herald had the right to review all LIBRE content a day in advance of publication and reject any content it found unsuitable, but never exercised the option.

“Despite having advance copies of ALL of LIBRE’s editions and the right to revoke any content, el Nuevo Herald never — not once— suggested that any of LIBRE’s articles or opinion pieces are improper in any way, shape or form — not a single one,’’ read an unsigned editorial published in both English and Spanish on LIBRE’s online edition Thursday.

LIBRE will continue publishing and distributing its editions independently, the weekly newspaper said. Perez told Univision’s WLTV-23 News that he is considering a breach-of-contract lawsuit against the Herald.

A McClatchy spokeswoman declined a request from a Herald reporter to make other company officials available for followup questions Saturday on the written statement, which was emailed to the newspaper.

Jeanne Segal said a full statement from McClatchy will be made available to other news outlets that request it.

However, Berg declined to respond to questions about the relationship with LIBRE, including who the parties to the agreement were, how much LIBRE paid for distribution in el Nuevo Herald, or the length of the contract.

“We are legally restricted from sharing contractual information,” Berg wrote in his email.

In its statement, McClatchy said it will make further findings publicly available and take other measures to allay public concern over the incident, which has provoked sharp criticism and calls for the resignation of company leaders.

“Our internal review is not complete and it is our intention to continue to be transparent and share what we find out with our colleagues internally, our subscribers and our community. We recognize that this is just the beginning of what we need to do to fully repair our relationship with our community,” the McClatchy statement says.

On Sept. 14, the Herald and el Nuevo Herald, its Spanish-language sister newspaper, published a letter to readers from Aminda Marques Gonzalez, publisher and executive director of both newspapers, apologizing to readers and announcing the end of the LIBRE relationship.

She acknowledged that no one in leadership at the newspapers had seen or read the LIBRE content, included as a paid advertising supplement distributed to el Nuevo Herald subscribers.

The subject of the reader’s complaint was blatantly racist and anti-Semitic writing in an opinion piece by regular LIBRE columnist Roberto Luque Escalona published on Sept. 11.

The Herald review of the content of the supplements distributed to el Nuevo Herald readers found an abundance of similar, floridly offensive writing in every issue of LIBRE, the overwhelming bulk of it by Luque Escalona and another regular columnist, Roberto Cazorla. Luque Escalona, a Cuban exile, novelist and former dissident, was also an el Nuevo Herald op-ed freelance contributor for nearly a decade after leaving Cuba in 1992.

Perez, a Cuban exile, has published LIBRE as a free newspaper since 1966. Today it’s a slick production with full color and both print and digital and online editions.

Under the agreement with LIBRE, the Herald printed the copies of the weekly, typically running 40 pages, that were inserted into the printed edition of el Nuevo Herald, initially at its presses in Doral. After the Herald closed its press plant in April, the LIBRE supplements were printed in Broward County at the Sun Sentinel’s press, which now also prints the Miami Herald and el Nuevo Herald under a contract.

The Herald’s news and advertising departments operate independently of each other.

Advertising staff in Miami are part of McClatchy’s company-wide advertising team. McClatchy’s new CEO Tony Hunter announced last week that Nick Johnson would depart as head of Advertising and be replaced by Berg.

Usually, advertising supplements are clearly marked as such, and they’re supposed to be designed with a different look from that of the two newspapers to avoid any confusion by readers.

LIBRE has a completely different format, look and design, but the advertising label was never affixed while it was distributed through el Nuevo Herald.

LIBRE’s lavishly illustrated covers, which carry no writing beyond founder Perez’s name and title and a slender house ad for his Lincoln-Marti Schools across the bottom, ran unaltered in el Nuevo’s editions. LIBRE’s “masthead” page, usually found on Page 4, indicates it’s an “independent” newspaper in small print. But that masthead also carried nothing marking the el Nuevo Herald versions as advertising supplements.

One LIBRE cover featured an illustrated portrait of Marques Gonzalez after she was named co-chair of the board that oversees the Pulitzer Prizes earlier this year.

Berg told the Herald earlier that in the future the company will require that all “advertorial” and political ad products be received 48 hours before publication to allow time for a full review of content and format. Advertising managers must also ensure that all non-editorial content be clearly marked as advertising, Berg said.

“We will make sure if anything stands out as odd or political or controversial in nature it will go up to a senior level for review,’‘ Berg said. “We should have done better here and we didn’t. I am disappointed by it and we’re going to get it fixed.’‘

Andres Viglucci covers urban affairs for the Miami Herald. He joined the Herald in 1983.

Digital Banks In The Philippines With Saving Accounts

Sun Sep 20 , 2020
Saving money may be the last thing on your mind when the whole world is struggling to get through a pandemic, but as parents have realized, it pays to have an emergency fund or money set aside to help tide you over financial surprises like job loss, medical emergencies, and […] 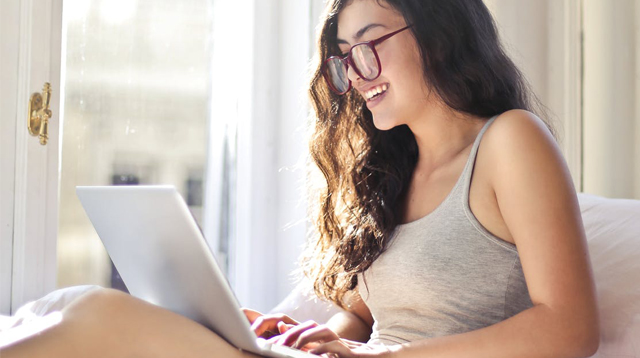