When o.d.o. by Odo reopens its dining room for the first time in more than six months on Wednesday evening, the 14-seat chef’s counter that helped create its intimate atmosphere will be empty. Instead, up to eight diners will sit in a private dining room after getting their temperatures checked […]

When o.d.o. by Odo reopens its dining room for the first time in more than six months on Wednesday evening, the 14-seat chef’s counter that helped create its intimate atmosphere will be empty.

Instead, up to eight diners will sit in a private dining room after getting their temperatures checked to enjoy a prix fixe dinner prepared by Chef Hiroki Odo.

The Japanese fine-dining restaurant, which earned its first Michelin star last year, is among the many New York City restaurants that are adapting their dining rooms to reopen for customers during the coronavirus pandemic. After the city became the epicenter of the pandemic, government officials were more cautious in reopening its economy, fearing a return of overcrowded hospitals and nonstop ambulance sirens. Facing a $2 billion lawsuit from hundreds of restaurant owners, Gov. Andrew Cuomo announced three weeks ago that indoor dining could return to the five boroughs at 25% capacity on the last day of the month.

The decision is meant to help stem the losses of the city’s restaurant industry, which has been upended by the crisis. In August, 87% of restaurant owners could not pay their full rent, according to a survey by the New York Hospitality Alliance.

But the 25% capacity limit means that restaurant owners are having to make do with fewer customers and higher costs, like masks for employees and more frequent cleaning. O.d.o. co-owner Satoru Yasumatsu said that the speakeasy-style restaurant will keep its outdoor dining open for now, until the capacity limit is raised.

Other New York restaurants, like Porter House Bar and Grill in Manhattan’s Time Warner Center, are holding off on reopening their dining rooms until capacity limits are only half of pre-pandemic limits.

Restaurant owners might not have to wait more than a few more weeks to unlock the higher capacity limit. Cuomo has said that restrictions will be reassessed on Nov. 1 and restrictions could be loosened, as long as the infection rate is not increasing.

But local health officials have been sounding the alarm in recent days about the rising number of cases in the city. Outbreaks in Brooklyn and Queens neighborhoods have pushed the city’s positive test rate to its highest level since June. A recent report from the Centers for Disease Control and Prevention linked restaurant dining to increased risk of contracting Covid-19, although the National Restaurant Association has called the study’s methodology flawed and said it is irresponsible to pin the spread of the virus on one industry.

As o.d.o. tests the waters for New Yorkers’ appetite to eat indoors, its private dining room will only be open on Monday, Tuesday and Wednesday evenings, with just two reservation times: 5:45 p.m. and 8:30 p.m.

“Our restaurant is small,” Yasumatsu said. “Even using a private room, we can accommodate eight people maximum, depends on the size of the parties. That’s not enough for us to survive.”

While the changes to its seating might hinder the experience of eating at o.d.o., Yasumatsu said that the restaurant is planning to raise the stakes on its food for the private dining room.

“That’s the only option that we are thinking about at this moment,” he said. “And hopefully the city allows the bar seating to open, even at 25% capacity.”

Yasumatsu expects that indoor dining will bring back higher-paying customers. Current sales are down about 50% compared with last year. Before the pandemic pushed o.d.o. to offer delivery for the first time and to move tables outdoors, the restaurant could count on a customer to spend $200 on a prix fixe multi-course meal known as kaiseki.

But o.d.o.’s dexterity during the crisis has also extended to its menu. Rather than offer the traditional multi-course dinner, its outdoor offerings are a la carte and come at a lower price point than kaiseki. Still, outdoor dining has brought first-time customers to the restaurant, according to Yasumatsu.

On Friday, New York Mayor Bill de Blasio made expanded outdoor dining permanent and year-round for restaurants. Before, the option was set to expire at the end of October. As temperatures in New York drop, Yasumatsu joins other restaurant owners in looking for ways to extend its lifespan, from tents to heaters.

Still, o.d.o. isn’t betting entirely on customers wanting to eat at its restaurant, either outdoors or inside. It’s launching sushi and House of Suntory whiskey events at a larger venue several blocks south of its Flatiron location. Yasumatsu said that the restaurant is also working on citywide sushi delivery, aimed at wider-range audience than its usual pricey fare, and taking its higher-end delivery nationwide through a potential partnership with Goldbelly.

Wed Sep 30 , 2020
Fresh off the announcement that “Borat 2” will premiere in the U.S. and over 200 countries around the world on Amazon Prime in late October comes the first round of stunt viral marketing for Sacha Baron Cohen’s sequel. A Twitter account representing the Borat character’s home of the Republic of […] 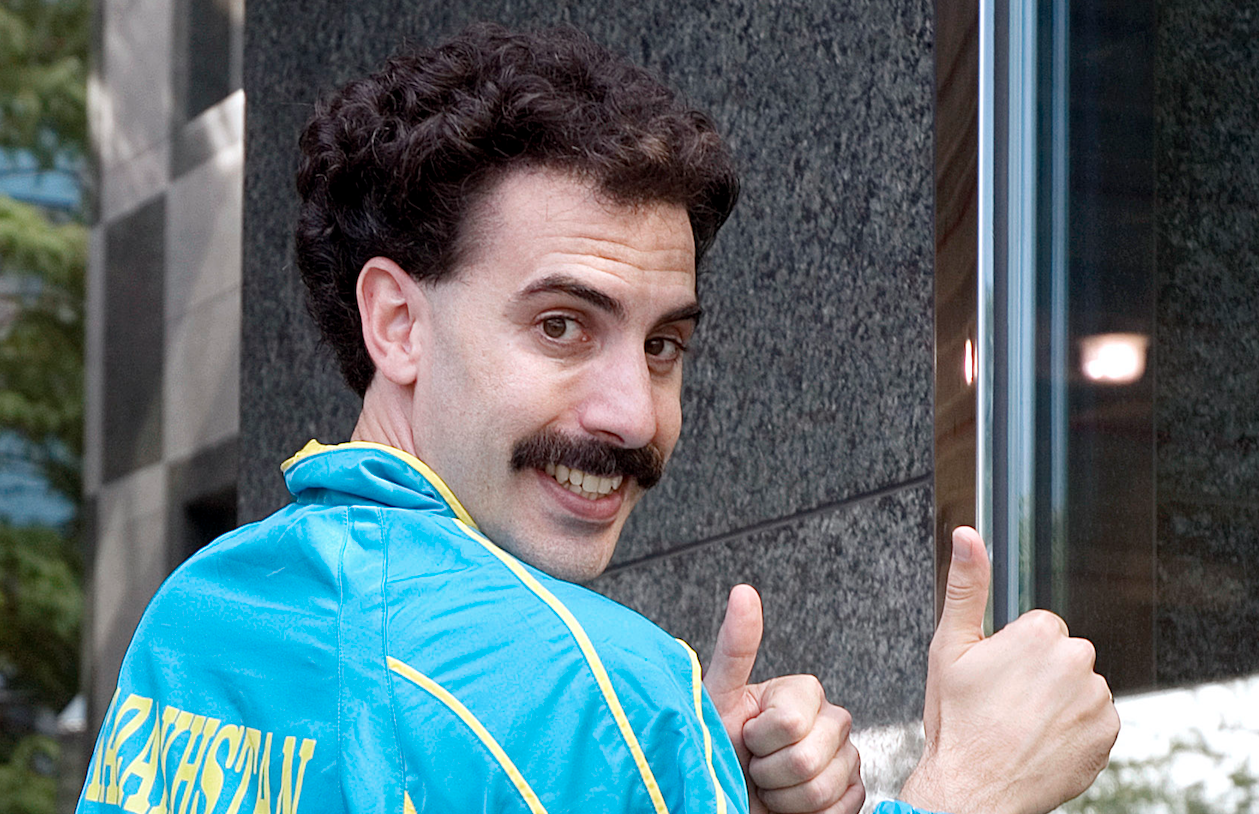